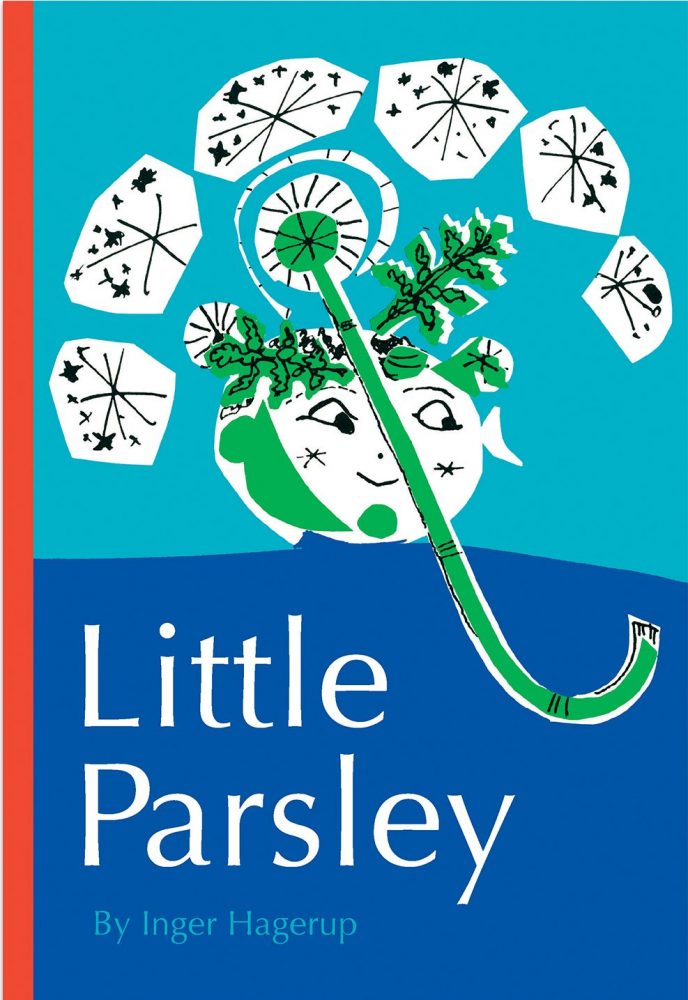 The literary map is full of iconic writers virtually unknown to the English-speaking world. In Norway, Inger Hagerup is considered one of our finest twentieth-century poets, with more than twenty publications under her belt, but the very nature of her work seems to have made it all but untranslatable – until now.

Born in 1905, Hagerup made her literary debut in 1939 with the poetry collection Jeg gikk meg vill i skogene (‘I Got Lost in the Woods’). She later wrote her own plays as well as several Norwegian retellings of works by Goethe and Shakespeare. During the Second World War, Hagerup became a regular contributor to left-wing newspapers and wrote political poems honouring King Haakon VII, the symbol of Norwegian resistance, and her fellow writer and communist, Nordahl Grieg. She is best known, however, for her inventive nursery rhymes, thirty-two of which have now been published by Enchanted Lion Books in the volumes Little Parsley and That Summer.

A poem is a perfect marriage of form and content – alter so much as a fricative and the marriage breaks down. Hagerup’s genius lay in her (seemingly) effortless way with language, and how she, like her contemporaries André Bjerke and Halldis Moren Vesaas, could write poetry that was perfectly balanced and self-contained, brimful of meaning without a syllable being off.

Translating her work is therefore no mean task, and something will inevitably be lost on the way. An inescapable consequence of a change in language is a change in rhythm, and Hagerup’s texts therefore lose some of their light-footedness in the English. However, translator Becky L. Crook deserves praise for her work on the poems, and the result, overall, is highly accomplished. Coupled with colourful collage-like illustrations by Norwegian artist Paul René Gauguin (grandson of the Paul Gauguin), the two volumes are a joy to read.

Many of Hagerup’s classics are featured in Little Parsley, including the charming titular poem about Little Parsley with her ‘pale-green dress and ruffly head’.In English, ‘My Uncle Fills Pill’ has some wonderful alliteration (‘wrangling writhing reptiles’), and ‘The House Called “Never-Come-Back”’ is just as buoyant as the Norwegian original. The animal verses work particularly well: ‘The Hedgehog’, with its ‘prickly pincushion of fright’ demonstrates Crook’s gift for translating imagery, while ‘The Pig’ remains a short philosophical gem:

‘In his pig pen stands the pig,

Have the daily pork rates

That Summer contains shorter poems with fewer rhymes, which could be why this volume works better as a whole. Poems such as ‘That Morning’, when the mosquito wakes up to find it has been transformed into an elephant (‘I daresay!’) or ‘The Other Day’, when ‘Mount Galdhopiggen moved by almost an inch’, are delightfully droll. Best of all is ‘The Ant’, one of Hagerup’s most famous poems. Perfectly rendered in English, it seems to sum up the author’s poetics in ten brief lines:

I am exactly the right size.

I fill myself out just so,

From bottom to top.

Do you think you

Are bigger than yourself,

Little Parsley and That Summer