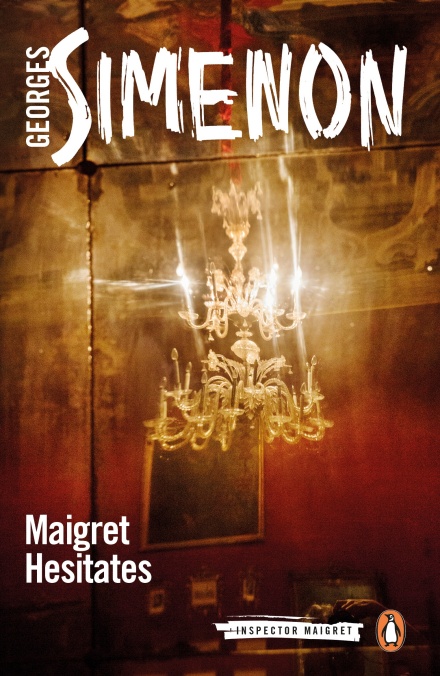 Crime in translation may be achieving massive breakthroughs in the twenty-first century, but long before this trend, one writer was a standard bearer for the field. George Joseph Christian Simenon was born in Liège on 13 February 1903; his father worked for an insurance company as a clerk, and his health was not good. Simenon found (like Charles Dickens in England before him) that he was obliged to work off his father’s debts. The young man had to give up the studies he was enjoying and toiled in a variety of dispiriting jobs, including, briefly, working in a bakery. A spell in a bookshop was more congenial, as Simenon was already attracted to books, and his first experience of writing was as a local journalist for the Gazette de Liège. It was here that he perfected the economical use of language that was to be a mainstay of his writing style, and Simenon never forgot the lessons in concision he acquired. It was of course inevitable that Simenon would travel to Paris, which he did in 1922, making a career as a journeyman writer. He published many novels and stories under a great variety of noms de plume.

Simenon took to the artistic life of Paris like the proverbial duck to water, submerging himself in all the many artistic delights at a time when the city was at a cultural peak, attracting émigré writers and artists from all over the world. He showed a particular predilection for the popular arts, and by the time of his death in 1989, it was clear that the author had created a writing legacy quite as substantial as many more ‘serious’ French literary figures. Simenon now seems like the Trojan horse for the explosion of interest in foreign crime writing that has taken place in both the UK and America.

The Simenon novels that can be described as stand-alones (i.e., books in which no continuing detective figure features) are among the most powerful in the genre. But there is absolutely no debate as to which of his creations is most fondly remembered: the pipe-smoking, heavyset French Inspector of Police, Jules Maigret.

The detective first appeared in the 1930 novel Pietr-le-Letton (‘The Case of Peter the Lett’, or‘Pietr the Latvian’,as it’s called in a new Penguin translation by David Bellos). The author has stated that he used characteristics that he had observed in his own great-grandfather. Almost immediately, the author polished all the elements that have made the character so beloved. Commisaire in the Paris police headquarters at the Quai des Orfèvres, Maigret is a much more human figure than such great analytical detectives as Conan Doyle’s Sherlock Holmes, and his approach to solving crimes is usually more dogged and painstaking than the inspired theatrics of other literary detectives. New in the field of detective fiction, however, was Simenon’s decision to make his protagonist a quietly spoken observer of human nature, in which the techniques of psychology are focused on the various individuals he encounters – both the guilty and the innocent. Interestingly, Simenon also gave his protagonist an almost ecclesiastical function – his job is to actually make peoples’ lives better, although this usually involves tracking down and punishing a clever and devious criminal. Along with this concept of doing some good in society, Simenon decided that Maigret had initially wished to become a doctor, but could not afford the necessary payments to achieve this goal. He also had Maigret working, early in his career, in the vice squad, but with little of the moral disapproval that was the establishment view of prostitution at the time. (Madame de Gaulle famously sought – in vain – to have all the brothels in Paris closed down.) Maigret, with his eternal sympathy for the victim, sees these women in that light and remains sympathetic, even in the face of dislike and distrust from the girls themselves. In 1942’s Maigret and the Hotel Majestic the detective has to deal with a prostitute who meets his attempts at understanding with a violent physical attack.

In one of the most sheerly pleasurable of Simenon novels, Maigret Hesitates (newly and felicitously translated by Howard Curtis), the patient but dogged detective becomes involved in an investigation initiated by a series of anonymous letters. As so often before, the inspector finds himself moving among the wealthy and respected. Here, an eminent lawyer is the conduit that takes him into the Parisian upper crust and a circle of lies and deception quite as tangled as might be found in the lower echelons of society.

As so often with Georges Simenon, this is a novel to be consumed in just a few sittings, its brevity and focus a model in an age when elephantiasis adversely affects so many crime novels. Perhaps it should be on the bedside tables of editors who persuade their authors that four hundred pages is the very minimum they should aim for. One caveat, though: no single Maigret novel can be seen in isolation from the whole imposing body of Simenon’s work.

Translated from the French by Howard Curtis