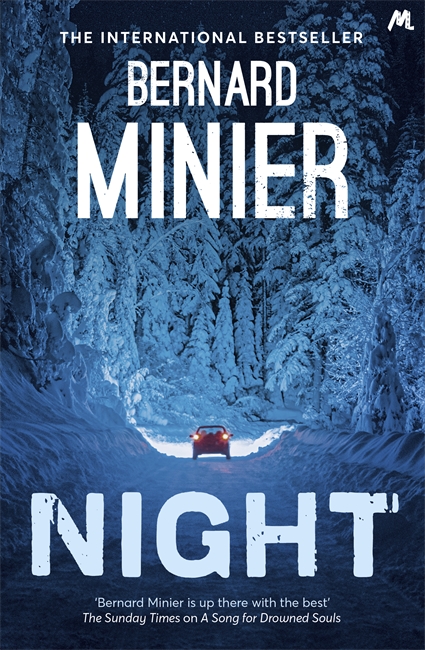 It’s difficult to name a single ‘calling card’ novel for Bernard Minier, so consistently accomplished is his work, but a strong entry point might be The Frozen Dead, with its provocative ingredients: an isolated snowbound town, an asylum for the criminally insane and a cop with a fondness for Latin tags. However, Minier’s reluctance to repeat himself means that each of his novels sports a distinct and discrete identity; the one thing that they all have in common is their consistent readability and elegant use of language (in the latter, Minier has been fortunate in the translators assigned to him – not least Alison Anderson, who renders the new one, Night, in consummate style).

The novel begins in Norway with a body discovered in a church in the far north. Detective Kirstin Nigaard follows a trail leading to an offshore rig and is soon tracking down a ruthless serial killer, Julian Hirtmann, accompanied by tenacious Toulouse sleuth Martin Servaz, who is also drawn into this dangerous scenario. The chase that follows is kinetic and involving, with the kind of vividly realised atmosphere that we have come to expect from Minier’s novels. The author’s choice of name for his heroine – Kirstin Nigaard – inevitably suggest the influence of Nordic noir, and there are signs that Minier has been sampling that genre. But while there are some frigid Scandinavian fingerprints on the narrative, the author retains his peculiarly Gallic identity. The latter factor may be one of the reasons the book has been such a success in his native country, where 450,000 copies have been sold. It’s unlikely to replicate that success in the UK, but Night certainly deserves the widest readership.

Translated from the French by Alison Anderson