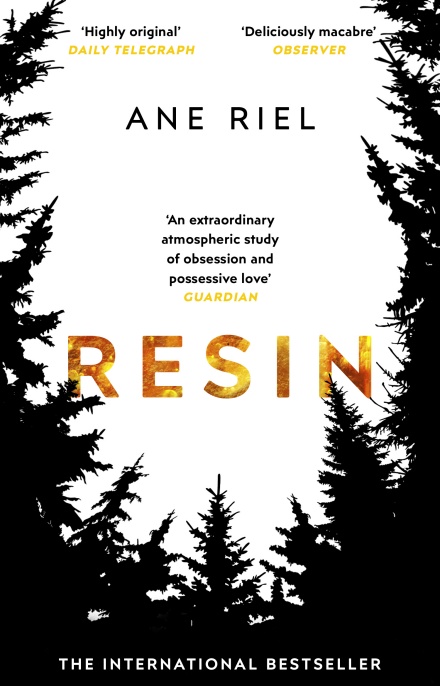 Has six-year-old Liv died, as her father has claimed? His whole life has been dedicated – in misguided fashion – to keeping her safe, using strategies that are deeply unorthodox. Carrying his obsessive notions to extremes, he leaves the secluded family house, launches his boat out to sea and gazes on as it is destroyed on the rocks. Walking into town, he reports that Liv is missing. But Liv is in fact alive and in hiding in her father’s cluttered workroom. Lost to the world in this cloistered existence, her father claims, she will never have to face the threat and stresses of ordinary life, as all of us must.

This unusual scenario is matched in Ane Riel’s Resin by an allusive writing style subtly unlike that which most readers will have encountered. The fact that the book is translated by the esteemed Charlotte Barslund can, of course, only be to the Danish writer’s advantage.

The narrative mixes elements that are both macabre and humane, and the psychological examination of obsession – the father’s bizarre and overprotective attempts to keep his daughter ‘safe’ – is handled with immense skill. All of the characters (notably Liv herself) are richly drawn, and the fact that the book has accrued four of Scandinavia’s most lauded prizes is absolutely no surprise. Neither, for that matter, is the fact that literary critics in UK have been lining up to praise the book.

Translated from the Danish by Charlotte Barslund