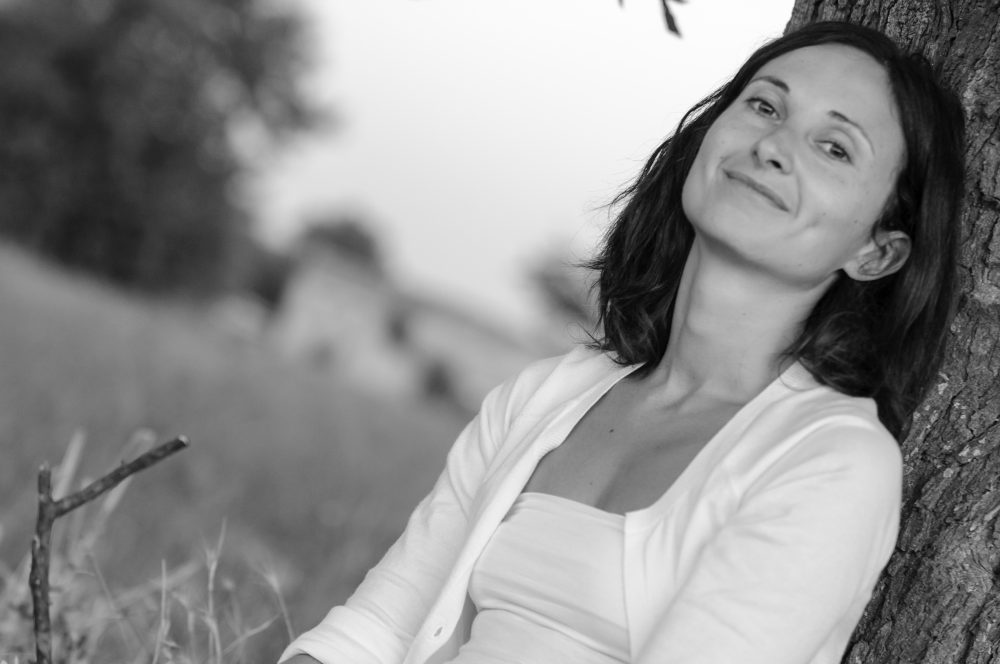 To celebrate our latest issue, Trafika Europe 14 – Italian Piazza, here is another Italian poet to enjoy!

Franca Mancinelli was born in Fano, Italy, in 1981. Her first two books of verse poetry, Mala kruna (2007) and Pasta madre (2013), were awarded several prizes in Italy and have now been republished together as A un’ora di sonno da qui (2018). In 2018 also appeared a collection of prose poems, Libretto di transito. John Taylor has translated this collection as The Little Book of Passage and it has just appeared at The Bitter Oleander Press. It represents the first appearance in English of writing that has made Mancinelli one of the most compelling new voices in contemporary Italian literature. The following poems from the sequence All the eyes that I have opened are previously unpublished.

to the dust of the air
reunite me

non-morning, here are eyes
pity cover over soon
our dark going forward
between sleep and deeds
make the water flow.

he cannot put my innards
in order, rummages
behind my back—the drawers
are overflowing—overturns them

she keeps a needle between her lips
mends while chewing
with a thread of tears and saliva
cross stitch—period
since the pattern progresses
with swallowing.

double-barreled, loaded and blinded
by one’s own pupils

to enter his field of vision
to recognize it as holy ground.

The wall of this house has no door.
Whatever you ask for, fists raised against the air.
Be peaceful. Not even as an ant
will you find the slit.

the net weight of the divided body
the arc of each footstep is equal
to what collapses and is openly massacred
on the earth once again
trampled on.

only one ornament
this death on your chest
you cannot touch its tangled weave, every day
it grows stony veins,
will be able to cover you.

and among the tangled leaves,
close to the trunks, sucks the soil.

bullet in the chest
embedded gem
to mark out trails in me
slowly you will pierce
your target in the cosmic darkness.

About the translator: John Taylor is an American writer, critic, and translator who lives in France. Among his translations of French and Italian poetry are books by Philippe Jaccottet, Jacques Dupin, José-Flore Tappy, Pierre Voélin, Pierre Chappuis, Pierre-Albert Jourdan, Lorenzo Calogero, and Alfredo de Palchi. He is the author of several volumes of short prose and poetry, recently including The Dark Brightness, Grassy Stairways, and Remembrance of Water & Twenty-Five Trees.

Check out our terrific conversation with John Taylor, with introduction to many of the poets he’s translated (51-minute audio), on our Mixcloud page right here.

Enjoy much more new fiction and poetry from Italy and across Europe free online, in Trafika Europe 14 – Italian Piazza