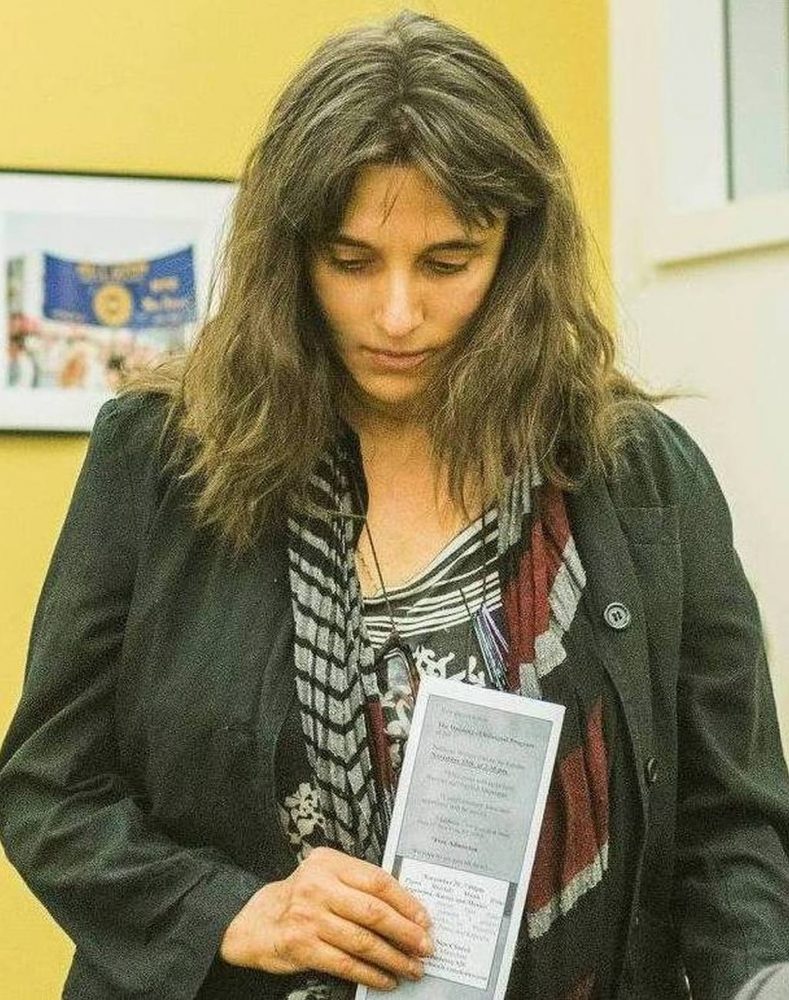 Moscow-born Nina Kossman (in Russian Косман – Kosman), the featured artist in our Russian issue, is also a writer, poet, translator and playwright. Her books include a collection of stories about her Moscow childhood, Behind the Border (HarperCollins,1994); Gods and Mortals: Modern Poems on Classical Myths (Oxford University Press, 2001); Pereboi, a collection of her Russian poems published in Moscow; a bilingual edition of her poems published in the US, and a novel. Her translations of Russian poetry have been anthologized in Twentieth Century Russian Poetry (Doubleday, 1993), The Gospels in Our Image (Harcourt Brace, 1995), The World Treasury of Poetry (Norton, 1998), Divine Inspiration (Oxford University Press, 1998), and elsewhere. Her translations of Marina Tsvetaeva’s poems have been collected in two volumes, In the Inmost Hour of the Soul and Poem of the End. Her Russian short stories and poems have been published widely, and two of her plays have been produced off-off Broadway. Her poems and stories have been published in many literary magazines, such as Tin House, The Threepenny Review, Michigan Quarterly Review, Columbia Journal, and Confrontation. She lives in New York City.

Here are three poems by Nina Kossman, translated by the poet.

the childhood of my memory

in the absolutely closed sky

a thought twisted from light

fading in the final white

a mouth shaped into music

help us shape our ecstasy

as we shape your drawn-out sigh

In the language unconscious of games,

unconscious of being a language,

a thing apart from yourself,

a desire for form,

you speak as the humming darkness,

the sounds of images

Let the memory go down

In mid-air, where your childhood home stands,

see the lawn filled with flowers:

the face of a plant or of your mother

yet, all the same, interrupting your life

with her phantom goodness

still visible in your imagination’s sleep.

the child of your own intelligence,

of the forms your intelligence takes in your words,

of the forms that grow golden in the sun

and are grey in moonlight,

of phrases that are spoken once

of meditation too hollow for sleep,

and sleep too light for perfection,

shape your own shadows

from these motionless deaths

in this landscape, motionless

but for the fecund shapes surrounding you,

in their unconscious way.

an apprentice of intelligent void,

the words that become the void

cooing their way through your sleep:

and mastery giving form to pain–

no longer a sound from a misty past,

but a full-blooded flood of sorrow.

she said (stroking his recoiling cheek),

by the spirits attendant

by all that is well and alive

though lacking in absolutes,

lacking in sympathy to the flesh of chance,

and to that brilliant embarrassment,

the cause of our never-do-well —

paradoxes of a fruitful mind.

she said (stroking the air

whence he had removed his cheek),

is an illusion fostered

by epochs rich in

in rituals to tame the innocence

is a promise of newer patterns,

in other silences. But o for the irreplaceable

Be sure also to check out Nina Kossman’s artwork in our Russian issue!