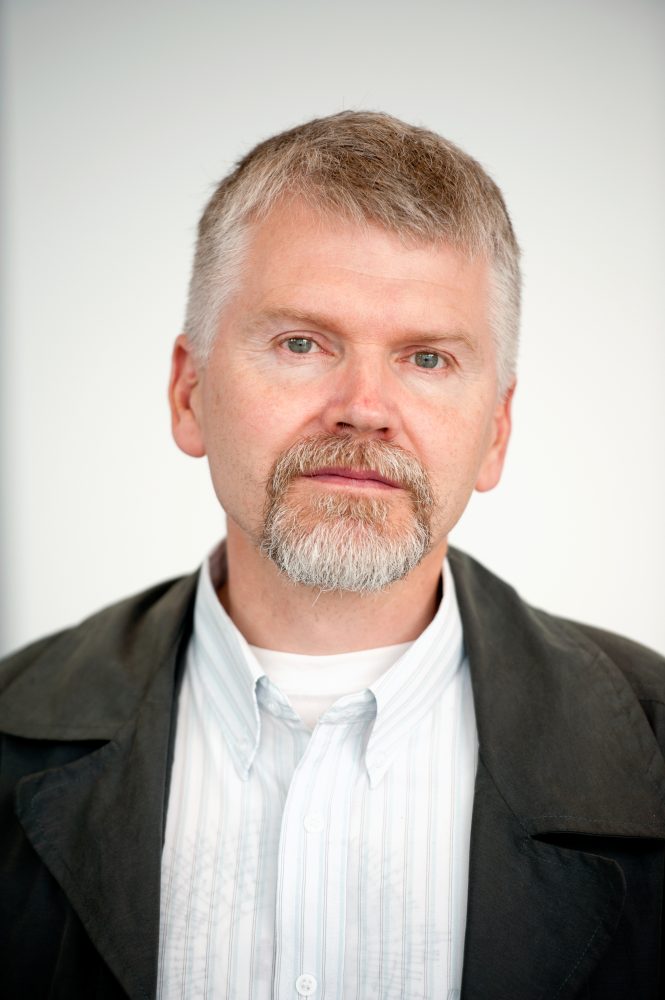 Gyrðir Elíasson (b. 1961 in Reykjavík) is an Icelandic poet and translator, brought up in Sauðárkrókur, a small village in the north of Iceland. Married, he has three daughters. His first book, a volume of poems, was published in 1983. Since then he has published many books of poetry, along with several novellas and collections of short stories and essays. He has translated some twenty books into Icelandic, primarily from English.

The following selection has been translated by Meg Matich.

In his final years,
William Morris was depressed.
His friends called him
Million Worries, among themselves.
That was after he
had visited
Iceland twice,
and once is depressing enough,
imagine two times.
He sat at the window
and counted the pigeons pecking
at seeds outside and
cooing in pure
pleasure. I once saw
him hoist himself out
the window and stretch
a scribbled note
toward the pigeons,
entreating them to
carry it with them,
I didn’t hear
where to (maybe
it was Iceland).
They pretended
not to see him

It startles me sometimes

how one species (the one I
belong to) has overtaken the Earth.

But there’s nothing to be done
about it except

and close your eyes

that had flown
in the kitchen window
in the rain