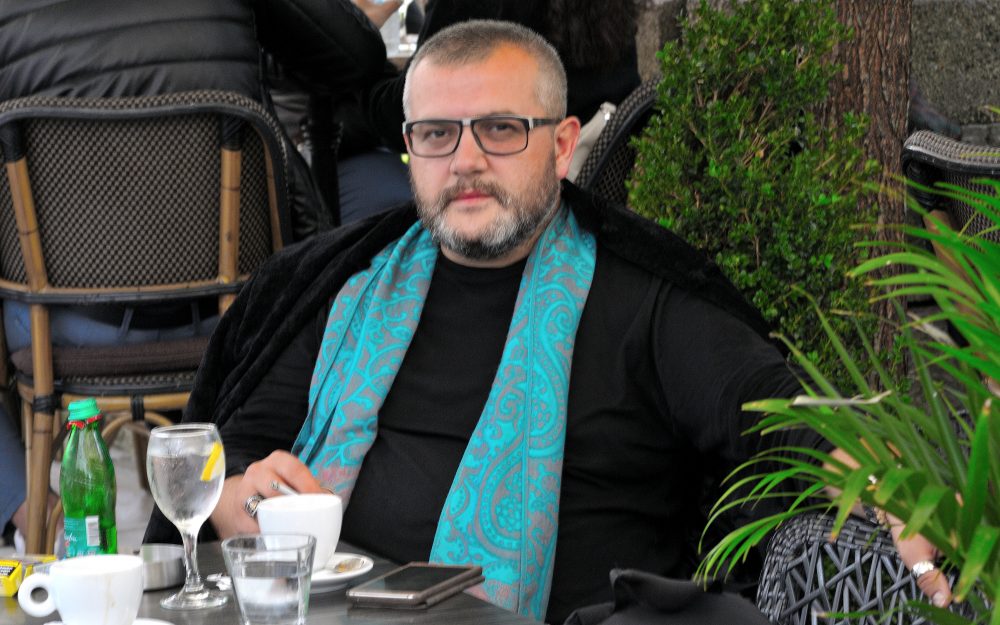 Fahredin Shehu (b. 1972 in Rahovec) graduated from Prishtina University in Oriental Studies. Passionate about calligraphy and poetry, he has participated in multiple literary festivals and events around Europe, such as the Nisan Poetry Festival in Maghar, and the Malta Literary Festival and Workshop. In 2014 he was the Poet Laureate of Gold Medal for Poetry as bridge to Nations.

Shehu is the author of the novel The Honeycomb and the founder for both the International Poetry Festival in Kosovo, and the Fund for Cultural Education and Heritage. He has been nominated for a Pulitzer Prize for 2018.

The following poems have been translated by himself.

killed him with his bloody eavesdropping

He used to wake up in the morning and listen to

the rooster of faraway Shkodra in Albania

and tell her how many evil ones he had killed

with the pole made from hazel wood

Mother old with the map of heaven on her face

used to smile, pamper and roll a few tears so they

tailored by his mother Miriai and the sigils of some

grand Archangel were embroidered with the aquamarine silk

bought in Thessaloniki before Austro-Hungarian

as the days were regrouping in bunches like vine-sticks

for jam that was a continuous family delight

Father sneaked into the room behind the curtains

of heavy brocade and Dragoi undressed

to have a ritual bath with the salts of seven seas

melted in a bathtub

another on the right side of his back

The father fainted out of fear, the mother came in after the pain

as harsh as lightning that splits the sky

in her womb knowing about the death

of Dragoi – her one and only miracle

she had brought from seven heavens afar

yet she bore the lump in the back of her scalp

as a mark and as a seal for distant skies

The Crystalline Side of Time

There’s sunlight and your words like thunder split my being

there’s a flashlight in my Soul

and you hold now the empty shell echoing my name

the war ended roughly two decades ago and we still Love

as mad as no one can be, in here where the age of smirks rolls its dice and

in a place of serenity we call heart

When you gaze up toward the forms of the white clouds

you find my face ablaze by the sun rays

mother or I am not…!?, – wearing the brocade accoutrements

as in the bridal night,

with the hair anointed with lavender oil

in front of Venetian mirror

as in times when guns were shooting

while nuptials killing each other

over who shall first pass the crossroad

one of the Plague and the other of children dead

today when I bow down and see my stomach

while the earth is dragging by

I want somehow to sing the song of the Midday

when the Sun vanishes your shadow

and the Bachelors faint

spreading the fragrance of Myrrh and Violet all around

as in times when the Moon was adored as God

while Pagans prayed for the rain to fall,

with bells and kelp,

of the weeping willow folded

tomorrow we shall look straight in the eyes

seeing the lie of each other,

with antimony poisoned while juvenile

and our faces will not blush out of shame

because we folded the darkness in rule

we bind it in a sack woven

in the Loom of the Sun

there where you drink the vine that never makes you drunk

where Love is done as breathtaking

and isn’t nominated as we do

there where the Word is done not uttered instead…