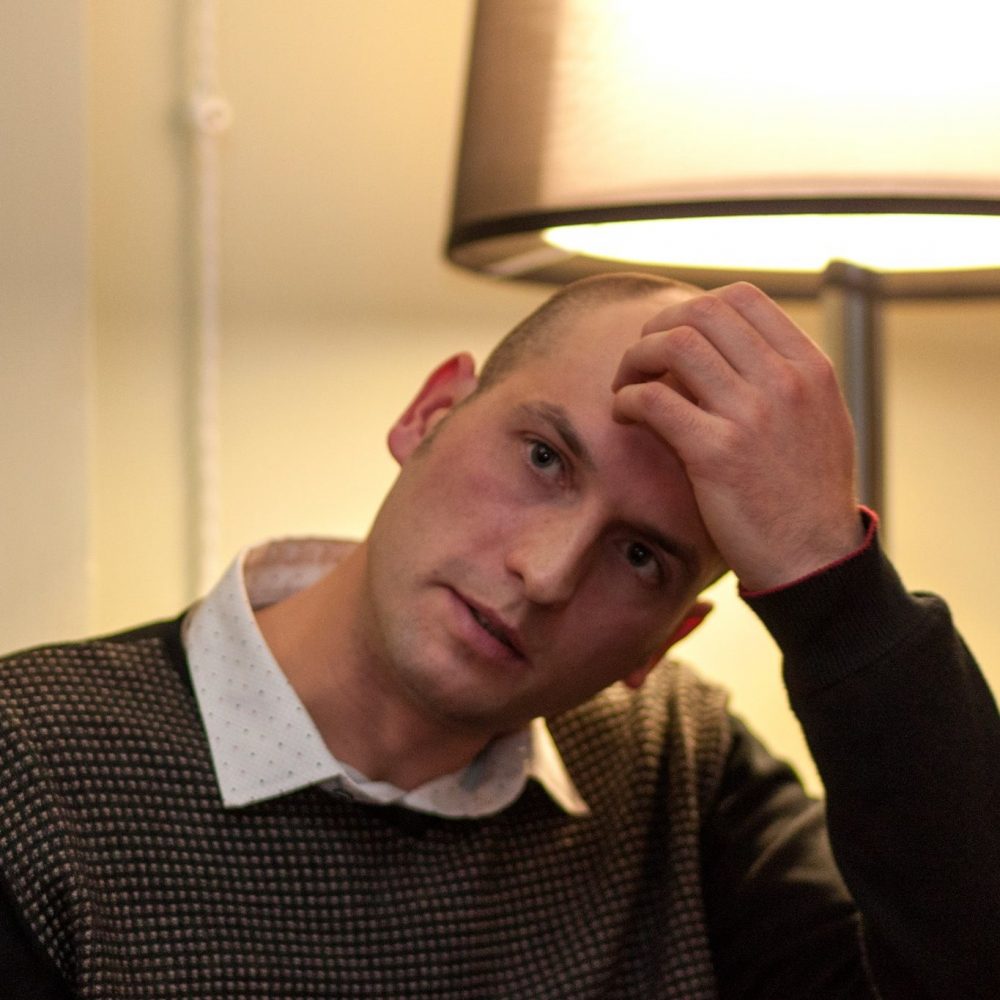 Jānis Tomašs (born 1984) began his love affair with poetry in the confines of a lonely childhood spent living with his grandmother in the Latgale region of Latvia. Further ideas were sparked by listening to early Latvian rap. His debut poetry collection in Latvian, whose title means Black Work Gloves (published by PETERGAILIS, 2016), has exhilarated the Latvian cultural scene and earned the young poet a number of prestigious awards, including the annual Latvian Literature Prize 2017 for Best Debut in Literature. Black Work Gloves became the first-ever poetry collection to receive the annual Latvian Television and Radio Award for Literature ‘A Kilogram of Culture’. The collection also received Dzintars Sodums’ Award for Innovation in Literature, and Latvia’s most viewed news portal Delfi Readers’ Award. This poetry collection has been nominated for the National Design Award.

In his day job, Jānis Tomašs works as an officer for the municipal police.

the beauty and the blue-collar worker