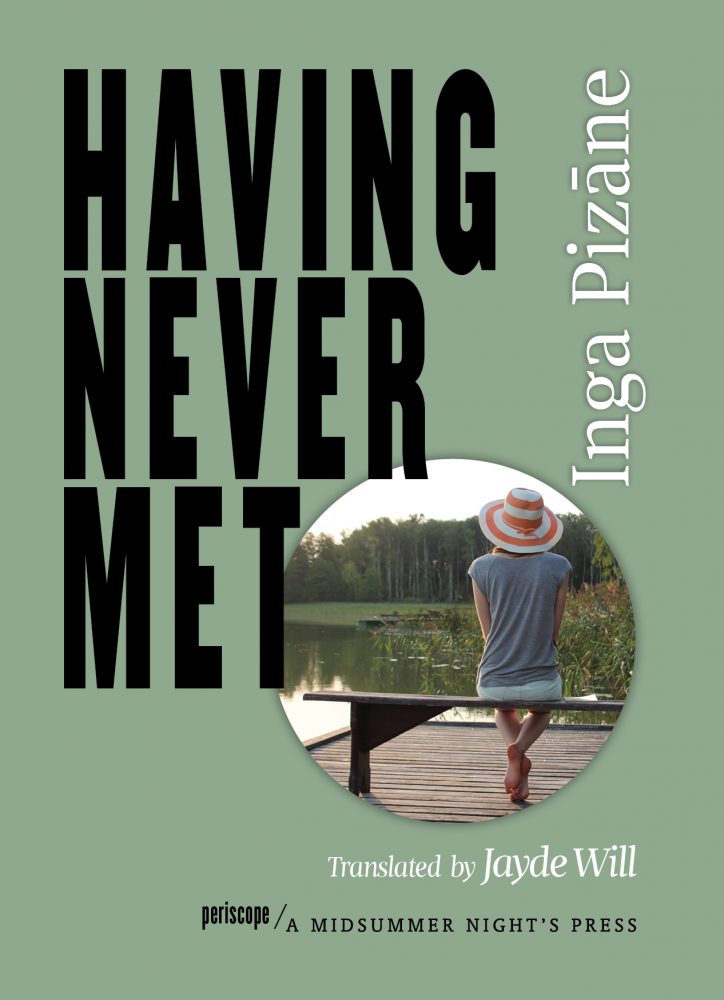 This is the fifth volume in the Periscope series of translated poetry by the New York-based publisher A Midsummer Night’s Press, following One is None by Kätlin Kaldmaa, Anything Could Happen by Jana Putrle Srdić, Dissection by Care Santos and Caravan Lullabies by Ilzė Butkutė (the last was reviewed in The Baltic Riveter last year). All of these books are pocket-size. And I mean it: they are tiny A6 volumes that fit easily into even the smallest pockets (well, almost). This is part of the beauty of this concept – it is so easy to take these books with you and read on the go.

Pizāne’s book may be small in size, but is anything but when it comes to its voice and presence. It is very playful, filled with the little jokes that everyday life plays with and on us. To me this volume read like one big wink. Just read (or listen to) this:

It wasn’t a date

we simply sent to the shop for laundry detergent

because our dirty laundry basket was full.

It was a completely normal spring day.

When we got to the shop, we bought everything,

We look for tickets

for never coming back,

but the price is too steep

The author has an amazing knack for capturing those little moments we often miss, moments that we walk past without thinking, oblivious, only to later realise that they were the moments of change, of shift, that they were crossroads of some kind. Pizāne seems to be able to sense such moments, and to capture them as they are happening. And she conveys them in delightfully beautiful, deceivingly simple and often tongue-in-cheek words:

A street sweeper’s sigh can be heard one street over.

We look at one another, as if to be sure

we are still next to each other, then satisfied

look away from one another forever.

Some of the poems, if they weren’t broken into verses the way they are, could read as poetic prose; others follow very precise rhythms and structures, and sometimes sit within mirror-like frames, with an added à rebours flavour. There are also some in which the poet plays with the visual aspects of the text:

(Iamlearningtolessenthedistancebetweenus / b y w i d e n i n g i t).

There is a lot of variety in this slim volume.

Another thing that struck me when reading Pizāne’s collection was how ‘young’ these poems are – in a very good sense. It’s not just the fact that these poems are deeply rooted in modern times, in a world filled with and driven by gadgets and technology; it goes deeper than that – there is something fresh about Pizāne’s verses, a newness and excitement verging on ecstasy and delight with life and whatever it brings, even when she writes about what’s old and tired.

In the second-hand shops of Paris:

I come across the tired of our world

Simply put, this is a collection that doesn’t disappoint. And I, for sure, will be returning to this slender volume. And, since I can’t read Latvian, I hope to have a chance to read more of Pizāne’s poetry in English in the future.