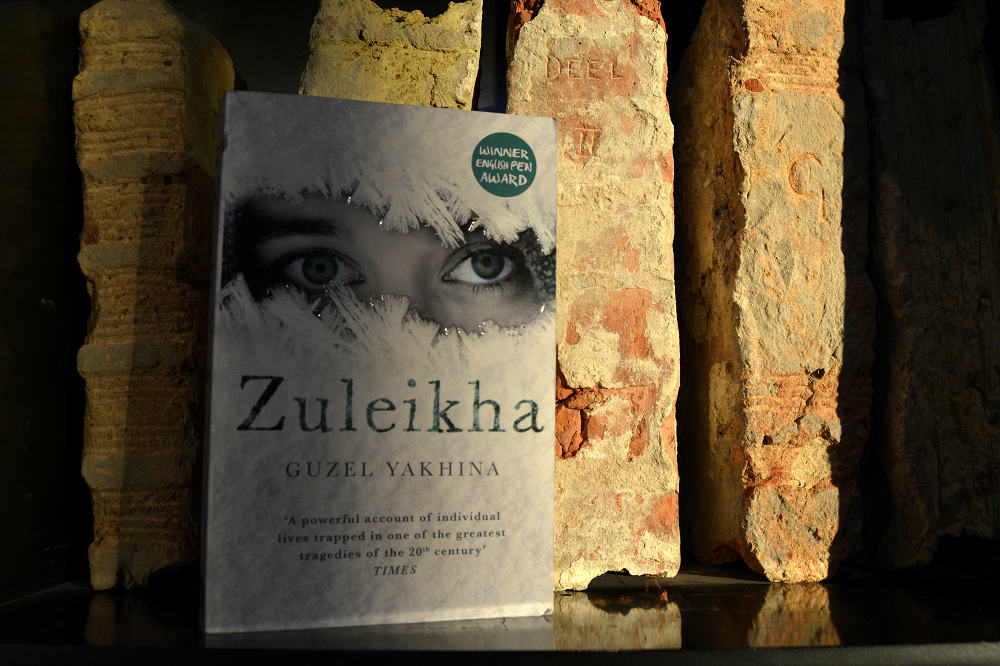 I wasn’t supposed to read this book. Zuleikha was recommended to me as an alternative to another Literature Prize read that I had my eyes on, so I had absolutely no expectations before opening the front cover. Luckily, the book completely captured my attention, and I found myself deep in the urman of rural Tatarstan after just a few pages.

The story, set in the early 20th century, depicts the journey of a Tatar woman from a small kulak village to a Soviet settlement thousands of miles away from her home. By no means would I describe the book as an historic novel, but through the life stories of the people she meets along the way, one learns a great deal about the significant historic events and political ethos of the Soviet era.

Through Zuleikha’s encounters, the reader gains an insight into the lives of kulak peasants, Soviet army commandants, doctors and patients, intellectuals, fishermen and criminals. The mix of “exiles” travelling with Zuleikha form truly unexpected alliances amidst the harshest imaginable conditions.

The plot is so multifaceted that it is impossible to capture all of its nuances in a short review.

It is a story about family: husbands and wives, parents and in-laws, mothers and sons. A story of motherhood, with its constant, overpowering combination of feelings of guilt, fear, beauty, sacrifice, and infinite, life-changing love. A story of religion, of superstitions, and ultimately, of a completely changed kind of faith. It is an account of paths crossing and rewritten destinies. Travelling from a small rural village in the Taiga to a large city by horse and carriage, or on endless train and boat journeys to an underground refuge, it is an overwhelming account of one woman’s journey through space and time.

At times, the story unfolds through detailed depictions of her personal feelings, and other times via the crude and objective, yet heart-breaking account of historic facts. It is a journey across half the continent, a series of encounters, the breaking- and making of life-long bonds.

What I enjoyed most about this book is the way it transported me into a world I knew very little about. It carried me across lands I have never seen, but though Yakhina’s incredibly skilful writing, I could almost feel the pine needles piercing my bare feet, the icy air in my nostrils and the stickiness on my skin from the sweet treat Zuleikha hid under her dress to offer to the urman’s spirits. As the journey progressed, I experienced shock, rage, compassion, fear, a sense of justice, hope, love, and ultimately came to think that we may all have a role to play in a story much bigger than that of our own. Although Zuleikha’s story is set in a world completely different from mine, I felt her story is very relatable. I found the description of her emotions as a mother particularly powerful and real.

I could delve into further depths of the novel and its powerful magic keeping me up until the small hours, but your time will be much better spent ordering a copy and treating yourself to a journey that will stay with you long after closing the back cover.

Originally from Hungary, Anna Gellert works in the Office of the Secretary General and the European Bank for Reconstruction and Development. Her role is “Principal, Event Management” in the department, and she oversees event schedules, speaker management and the technical delivery of multiple EBRD forums. She has worked at the EBRD since 2011.