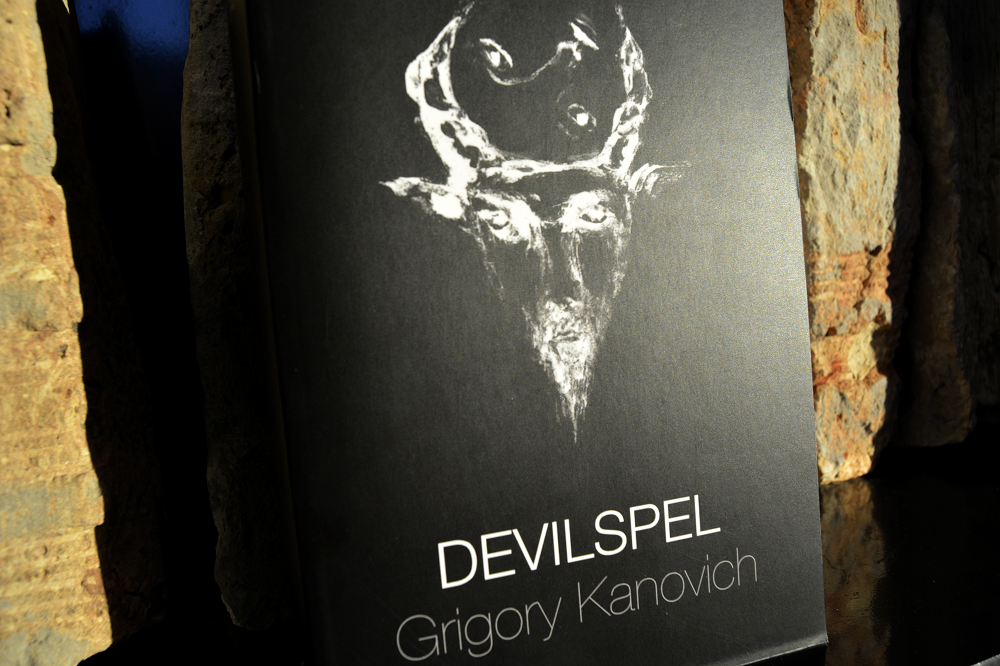 Devilspel is a moving evocation of a way of life that exists no longer, a chronicle of the lives of a Jewish-Lithuanian community in the small town of Mishkine at the outset of the Second World War. Here, in what was the former Pale of Settlement on the frontier region of the old Russian Empire, Jewish communities were legally entitled to live alongside their non-Jewish neighbours, although that relationship could be problematic.

The Nazi invasion of June 1941 injected a sense of foreboding and tension into the town. Mishkine becomes a microcosm of a larger world ravaged by war and chaos. Facilitated by the rapid departure of the Soviets and aided by local collaborators, the Nazis set about obliterating the intimate community.

The lives of the principal characters are drawn with empathy and wry understanding. Danuta Hadassa, a fiery Pole who had married a Jewish man, is now the caretaker of Mishkine’s Jewish cemetery: her elder son Yakov digs the graves and hopes to marry Elisheva, who in turn hopes one day to emigrate to Palestine instead. Danuta’s younger son, Aron, idolises Stalin and is part of the Soviet military in Moscow, having left his wife behind in Mishkine. Elisheva’s father, the town’s tailor, seems more attached to his old Singer sewing machine than to his two daughters, addressing, ‘her’ (his Singer) with his final words:

“He asked her forgiveness for all his whims and eccentricities, for working her as hard as he worked himself, and, of course, for the Lord God’s having, in His great mercy, allowed him to breathe his last breath not at the edge of an anonymous ditch, but next to his Singer, his comforter and his provider.”

Among Mishkine’s non-Jewish inhabitants, the farmer, Cheslavas Lomsargis, who had only narrowly escaped deportation to Siberia by the Soviets for being a landowner, wrestles with conflicting loyalties as he tries to save not only Elisheva, who has been labouring devotedly on his farm, but also the farm itself, which is very much his first love. The lives of the persecutors are also vividly chronicled, most notably Juozas Tomkus, the tailor’s apprentice who digs up the gravestones of the Jewish cemetery to pave the streets of the ‘new’ Lithuania, yet sees to it that the woman he has loved from afar receives a Jewish burial in the same cemetery.

However, while Devilspel evokes a world destroyed, the novel also addresses issues of tolerance and forgiveness with great empathy and humanity as characters enter and leave the story. It is an affectionate and powerful book, with a wonderful set of personalities who bring the novel to life and whose values and spirit remain with us long after we close the final page. But perhaps it is best to leave our final words to Danuta Hadassa, who reminds us that “at funerals we don’t just bury the dead; we bury a bit of ourselves too.”

Colm Lincoln, an Irish national who joined the EBRD in its founding year 1991, is Deputy Secretary General. In this capacity, he is also responsible for the EBRD Literature Prize.