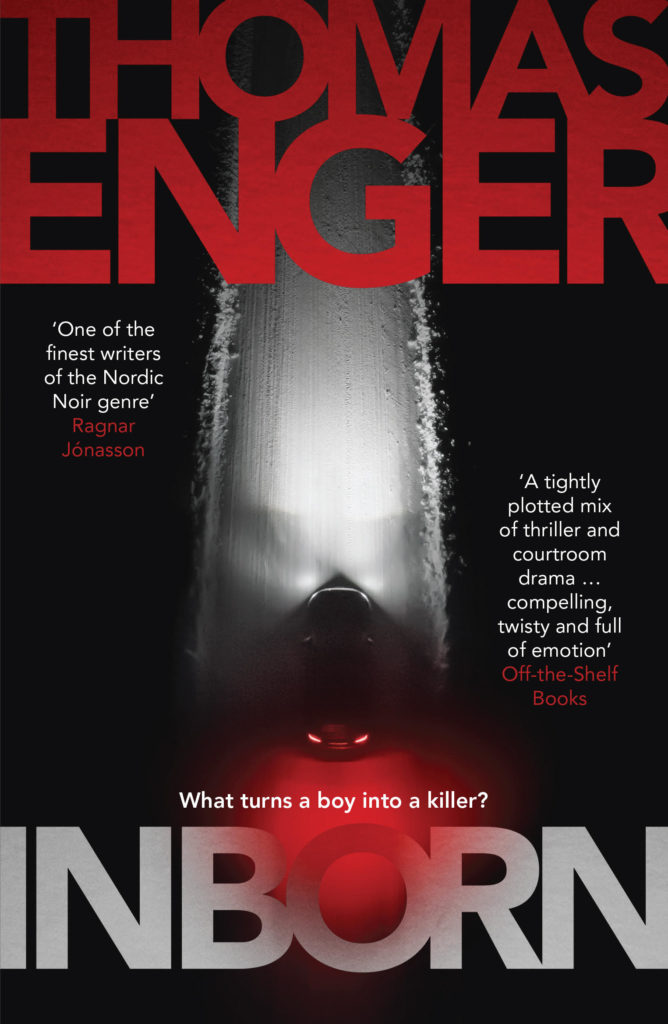 The ascent of Thomas Enger – both in terms of critical approbation and sales – has been swift, but it is no more than the talented Enger deserves. With his first novel to appear in English, Burned (2010) Enger determinedly set out his stall as a confrontational and edgy writer. But perhaps his signal achievement was the creation of an unorthodox and unusual hero in the physically scarred journalist Henning Juul. And given the Nordic countries’ tricky relationship with religious fundamentalism, the positioning of this theme at the heart of the novel was a particularly interesting strategy. I spoke to the quietly spoken, likable Enger on one of his visits to this country, and discovered that he felt a certain dichotomy between the comfortable, well-heeled society that he (and his central character) lived in and the fact that many Norwegians do not feel at ease with this privileged lifestyle. But the sense of personal responsibility that Enger touches upon is something he has infused into his driven hero, and in bothBurned and its caustic successor, Pierced (2012), it granted the grimly compelling narrative a solid underpinning of seriousness (but never at the expense of keeping the readers turning the pages).

But does an acquaintance with Enger’s earlier work prepare the reader for this new book from (for him) a new publisher? Certainly the style is more polished, and the book is even more ambitious than the Henning Juul novels. The novel Inborn, now published in the UK by Orenda Books, is (I’m told) a very different book from that which originally appeared in Norway; Enger added about thirty thousand words and rewrote a lot of the original material to fit in with the new character it had assumed, so in many respects it’s a brand-new book. But there is no sense of the disjuncture that can come from such rewriting: Inborn has the sense of an organic whole.

Teenagers Mari Lindgren and Johannes Eklund are savagely killed at their school in the placid Norwegian village of Fredhim, and Mari’s boyfriend Even finds himself in the frame for the killing. Local social media begins to whip up a storm of accusations and menace around the luckless Even, who is besieged on all sides. Desperately, he is obliged to examine just what happened to him before the crime, and it is apparent that several villagers were acting in an uncharacteristic manner. Some way into the tangled narrative, the reader finds themselves doubting everything – not least the conflicted Even himself

I once asked Enger if other authors had inspired him. ‘I could easily say I was inspired by The Snowman by Jo Nesbo, because I think that’s his best book; at least it’s the one that grabbed me the most,’ he replied. ‘But for me, the novel that really stands out when I look back on all the novels I have read by contemporary Scandinavian authors, the choice is easy. One Step Behind by Henning Mankell. I remember picking up this novel at Heathrow when I was travelling to Mexico some hundred and twenty years ago. It was my first Mankell novel, and I didn’t realise that it was even possible to write a crime novel so chilling and haunting. It was so well crafted, and I was a little sad when my airplane landed in Mexico City eleven hours later. I wanted to carry on reading. And it made me rush out and buy every other Mankell novel I could find when I got back to Norway. Because of that experience, he became a great influence on me when I tried to become an author – I wanted to become as good a writer as Mankell was.’

The authority of Enger’s writing in Inborn suggests that he has imbibed the lessons of his late master with sensitivity and skill. The picture of a village under siege here is drawn very much in the manner of Mankell, and the characterisation of the accused hero has verisimilitude and authority. The translation by Kari Dickson is characteristically adroit.