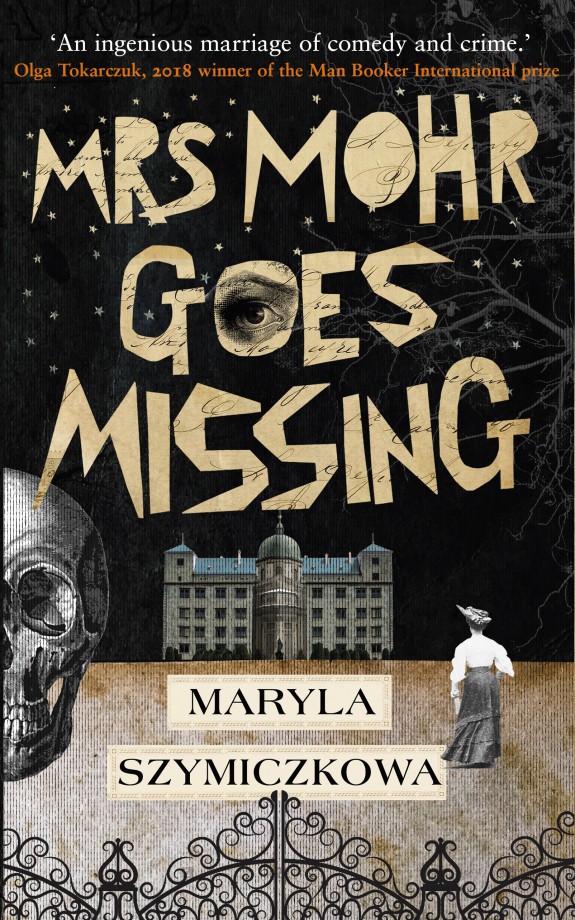 The influence of the late British Queen of Crime, Agatha Christie, continues to this day – and in countries other than her own, as this ingeniously written mystery demonstrates. Maryla Szymiczowa is, in fact, two Warsaw-resident Polish male writers – Jacek Dehnel and his partner Piotr Tarczyński – and the literary concoction on offer here (translated with her customary sensitivity by Antonia Lloyd Jones) is a curious one.

The setting is Kraków in 1893. The socially ambitious Zofia Turbotyńska hopes to raise her profile by organising a charity raffle. With a view to cajoling money out of a reluctant aristocracy, she visits Hexcel House, a retirement home managed by nuns. But when two of the residents are found dead, Zofia finds herself shifting from inveigling elderly aristocratic ladies of their money in favour of crime solving – a discipline she surprises herself by being rather adept at. Keeping her new-found interest in criminology from her blithe husband, she is aided in her tracking of the murderer by her witty Franciscka.

The main appeal here is the pseudonymous Szymiczowa’s intriguing evocation of turn-of-the-century Poland, an area that remains underexplored in crime fiction. The approach is largely humorous, and some of the whimsy here will not appeal to all tastes – certainly not those who prefer their crime fiction to sport a moderately hard edge. But for those readers who find themselves attuned to the wavelength of amateur sleuth Zofia Turbotyńska, there is much pleasure to be had – and even such issues as class and women’s rights are addressed in the context of a pleasing narrative.

Translated from the Polish by Antonia Lloyd Jones