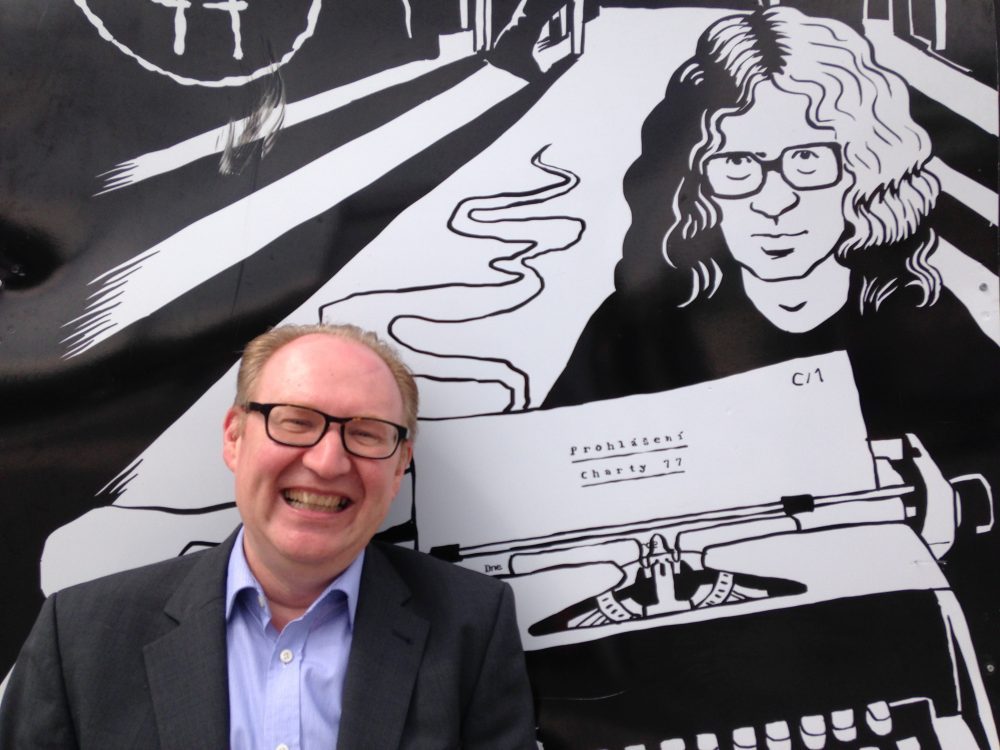 Welcome to the Czech Special Riveting Reviews, published to coincide with the thirtieth anniversary of the so-called Velvet Revolution in November 1989 – better known among the wider and older participants in the Anglo-American narrative as ‘The Fall of Communism’ or ‘The Fall of the Berlin Wall’. It comes alongside a Slovak Special Riveting Reviews; both countries, which were once Czechoslovakia, celebrated the silver anniversary of their Velvet Divorce in 2018 and continue to live peacefully as neighbours within the EU (literally and politically).

Czech fiction translated into English has enjoyed another bumper year, and the titles selected for review here represent talented authors who deserve further promotion to an English-speaking audience.

Possibly the most prescient in this era of anniversaries is Ludvík Vaculík (1926–2015). Unlike his contemporaries Havel, Kundera and Hrabal, who are perhaps better known to an English-speaking readership, Vaculík wrote the prose that sparked the Soviet invasion of Czechoslovakia in 1968. His essay, ‘Two-Thousand Words’, calling for further reforms, was the pretext used by the Soviets to come and ‘rescue’ their comrades from counter-revolutionary speeches and uncensored publications. His collection of short essays or feuilletons contained in A Czech Dream Book is widely regarded as the most important document of the period between 1968 and 1989, bearing witness to the power of the powerless. The story of the book and its huge list of ‘real’ characters is masterfully explained by Jonathan Bolton in his Afterword. Vaculík died in 2015 shortly after writing his last feuilleton.

Jan Balabán (1961–2010) was a writer, journalist, translator and organiser of ‘underground’ arts events and exhibitions in his native Ostrava before 1989. Maybe We’re Leaving, a collection of twenty very short stories is undoubtedly his finest.

Viktor Dyk (1877–1931) was a Bohemian intellectual and troublemaker noted for his opposition to the Habsburg monarchy, for subsequently being elected to parliament after the creation of Czechoslovakia, as well as for being a fine writer of prose and poetry. His retelling of the Saxon fairy tale, The Pied Piper ‘is no fairy tale’ according to the British journalist and author, David Vaughan: ‘Dyk’s version of the story is complex and ambiguous, and the Pied Piper himself emerges as a troubled character, part dreamer, part revolutionary. He also seems unnervingly relevant to our own time’.

Zuzana Brabcová (1959–2015) was a leading writer of the first post-89 generation, and her prose won just about every literary prize available in her native country. Aviaries is her last novel. It opens with the death of Václav Havel in 2011 and is an unsparing vision of present-day Prague, where life has become a morass of the bizarre and the grotesque. Other fine writers who came to prominence immediately after 1989 that are worth exploring in English translation include Michal Viewegh and Daniela Hodrová, Radka Denemarková, Jáchym Topol, Miloš Urban and Patrik Ouředník. Ouředník’s first novel, Europeana has been translated into thirty languages and was most recently adapted into a play to be performed in London in 2020.

Marek Šindelka, born in 1984, is the only living author reviewed in this special edition of Czech Riveting Reviews, and along with authors such as Petra Hůlová, Bianca Bellová, Pavla Horáková, Kateřina Tučková, David Zábranský and Tomáš Zmeškal make up what amounts to the best of the second post-89 generation for English readers to discover, now and in coming years.

We also present you with extracts from the work of two Czech writers yet to be published in English:

Bianca Bellová has lost count of how many languages her fourth book, The Lake, has been translated into. Quite how The Lake hasn’t ended up in an English edition is a question her agent, the awesome Edgar de Bruin, would love to resolve. The excerpt included here won a prize for Julia Sutton-Mattocks.

Pavla Horáková is the author of seven published works of prose and is translator of, among others, Kurt Vonnegut and Iain Banks. Her most recent novel, Theory of Strangeness won her the Magnesia Litera Prize for prose in 2019 and is as odd, witty, bonkers and philosophical as the title suggests. The very meandering but representative excerpt included here was translated by Lucie Mikolajková.

Michael Tate is the Founder of Jantar Publishing, an independent publisher of European fiction and poetry based in London. He has a degree in Czech (with Slovak) and East European Studies from University College London. In addition to Jantar, Michael reviews fiction and poetry for the LA Review of Books. www.JantarPublishing.com

Photo of Michael Tate by Jade Will