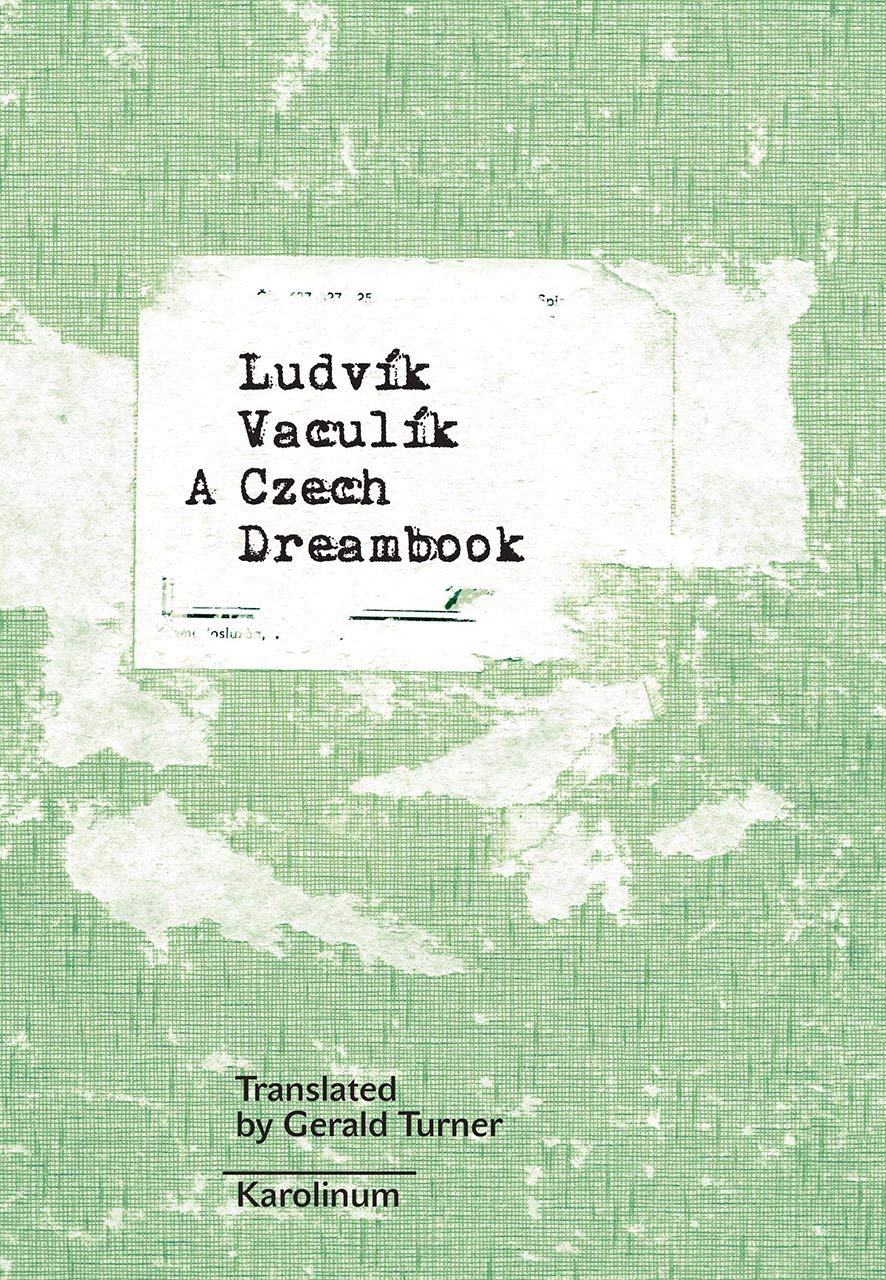 Soon to be available in English for the first time since Czech dissident writer Ludvík Vaculík completed it in 1980, A Czech Dreambook is being hailed by its publisher as ‘the most important work of Czech literature in the last forty years’. Such statements can sometimes be made lightly, but in this case it may well be true. Part novel, part dream diary, part commentary on the life of cultural dissidents in Czechoslovakia in the late 1970s, this genre-defying and utterly compelling book certainly has all the hallmarks of a masterpiece.

As explained in the Afterword by Harvard professor Jonathan Bolton (which can be read before or after the diary proper), Ludvík Vaculík was one of the many Czech writers and artists who joined the communist party after the Second World War but started to feel disillusioned in the years that followed, becoming increasingly outspoken against the regime and clashing regularly with the authorities, particularly after the Soviet invasion of August 1968. Banned from publishing and subjected to regular interrogations and house searches, Vaculík set up his own underground press – Padlock Editions – and spent years passing secret manuscripts around his pool of typists and distributing copies by hand to his fellow dissidents, trying to find money to pay the authors and smuggling texts abroad for foreign publication. Vaculík himself was for a long time unable to write anything longer than one of his regular, politically motivated essays – known as feuilletons; so following the suggestion of a colleague, he sat down to write about why he was unable to write.

What followed was A Czech Dreambook, a fascinating, lively and often humorous insight into a year in Vaculík’s life. Although the author has applied a liberal helping of artistic licence to his work, which is by no means intended to be read as a simple historical document, this diary provides an extremely valuable glimpse into the workings of the communist state, the oppression suffered by its opponents, and the struggles of many to continue writing and publishing even as the danger of arrest, imprisonment or forced emigration increased. Vaculík lived a colourful life and bares all, describing in great detail his relationship with his wife and his extra-marital affairs, his thoughts on daily life in Prague and the actions of the government – and on his friends and fellow writers. In fact, as Vaculík begins to pass around sections of his work for feedback, often to those mentioned throughout the book itself – including one of his interrogators – he inserts their corrections and comments into his own work. Combined with comments added later during his own editing process, this creates a complex and multi-layered text:

‘We soon parted company, curtly. I told her I would delete all mention of her. But, I now realise, that is out of the question and have no wish to. So for the time being I am just deleting the conversation from 1st August, and I’ll take another look at the rest. And write about a button, as she suggests? Not on your life!’

It is remarkable that such a book could have gone so long without appearing in English, but it is well worth the wait – Gerald Turner’s outstanding translation deserves to be very widely read. The novel’s political background is eye-opening, and Vaculík and Turner have presented us with an unusual and very personal account of life in a surveillance state. Such a work cannot possibly lose its importance or relevance, especially in our current turbulent times – and I highly recommend it.

Translated from the Czech by Gerald Turner