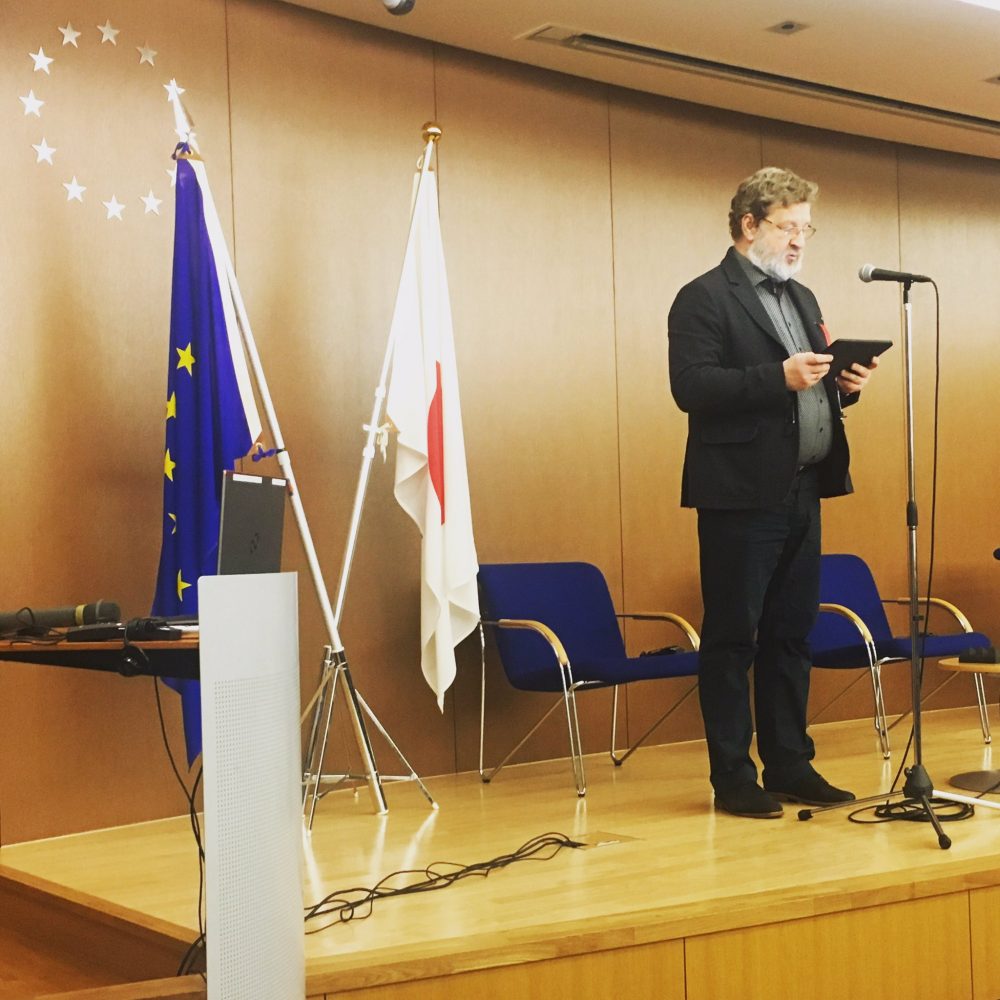 Arnold Pessers is a photographer in his early thirties, who has arrived in Japan five years before this short novel begins, to take a series of photos for a tourist guidebook. He has been told to focus on something quintessentially Japanese, such as a beautiful girl in a kimono, with Mount Fuji in the background. Going to a modelling agency, he browses through a large number of photos without finding anyone suitable: the girls are, for Arnold, not ‘Japanese’ enough – they are all too perfectly beautiful. The proprietor tells him to return in an hour. But then a girl walks in through the door and changes his life.

Mokusei! is a love story on the surface, but, in fact, it is about the distance between different cultures. Nooteboom, a prolific travel writer as well as an author of many works of fiction, must certainly have felt this distance more than once. And because the book sees Japan through the lens of the protagonist, we should probably credit the numerous inaccuracies in the references to Japanese culture to Arnold Pessers and not to Cees Nooteboom himself. What’s more, the comments delivered by the protagonist’s diplomatic friend offer a disclaimer about the stakes of the game: Westerners come to Japan looking for something ‘authentic’ (read: ‘exotic’) and are disappointed when they find an urban civilization where such ‘authenticity’ does not reign supreme. ‘What they are looking for is a Netherlands where everyone knows Lanceloet by heart,’ the friend says, and rightly so.

And yet, it is almost impossible to read Mokusei! today in the same way as its initial readers may have encountered it in 1982, when it was first published. This is because it commits the very same blunders it warns us about. Other cultures are different, but Japan is different differently, Nooteboom tells us through the diplomat’s mouth. It is not. There is nothing more uniquely unique about Japanese culture than any other modernized non-Western society with a strong and self-conscious cultural heritage. But to realize that needs some hard work. Admiring the surface is easier. In our times, though, I feel the reader should be entitled to an honest effort on the part of a book’s dramatis personae to overcome the gap between their cultures, and not be fed another ‘naive-Western-boy-meets-oh-so-mystical-Oriental-girl’ story. However, that is what we get.

The title, Mokusei!, comes from the Japanese name for oleander, one of the few Japanese plants that has a fragrance (we are misleadingly told). The word has another meaning, though: ‘wooden, made of wood’. Unfortunately, that meaning is also appropriate. Mokusei! is a beautiful story; and, as is usual with Nooteboom, the literary quality of the work is superior – it is written by the hand of an impeccable stylist; not only a master of his language, but also someone with a keen eye for visual detail. However, the book, in my view, is clumsy, artificial, and, yes, wooden in its setup and overall design.

Translated from the Dutch by Adrienne Dixon