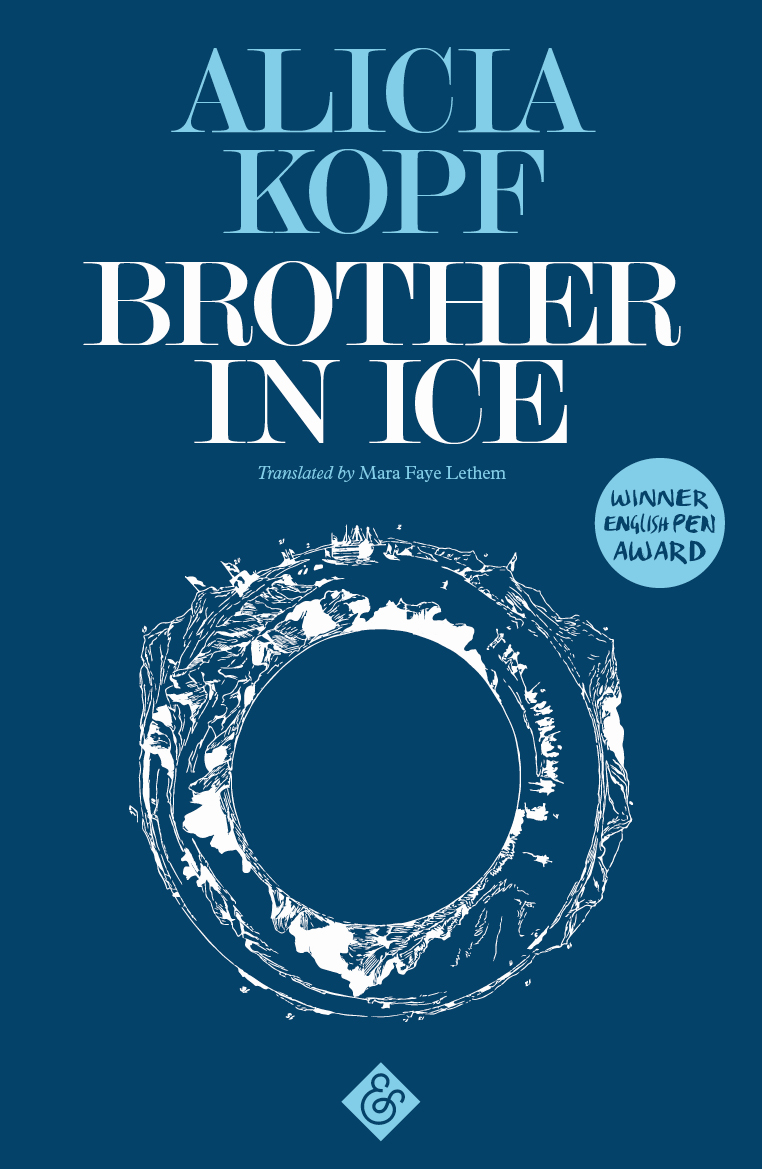 Brother in Ice is not a narrative of events that follow each other sequentially. Rather, we are presented with information concerning two topics: the early history of arctic exploration (Amundsen, Scott, Shackleton etc), and the life and thoughts of ‘Alicia Kopf’. To what extent the character of ‘Alicia Kopf’ equates to the author of this book is, of course, unknowable, but it is also an interesting reflection on the two genres with which Kopf’s novel engages: narrative autofiction (a tradition best known for its French female writers who, through it, explore questions of gender and sexuality), and historical investigation fiction (best known for its Spanish-language writers, who are investigating historical crimes). Significantly, it is common practice in the latter genre to insert an authorial persona who shares the name and life history of the writer, and through whom the reader can follow the inquiry.

Alicia Kopf’s Brother in Ice borrows from this genre, but her investigation is not concerned with the historical explorations of Amundsen et al. Instead, she is interested in the effect of this information-collecting on the character of ‘Alicia Kopf’: why does she want to know about arctic exploration? Why the compulsion to read exhaustively, to collect pictures, to seek out more details on internet forums and notice boards? ‘Alicia Kopf’ wants to know things, but she also wants to know why she wants to know things.

This question is crucial to the genre, yet it is rarely asked. Most historical investigation novels begin with a chance encounter with a curious fact, a plea for information from someone hard to turn down, or a nagging thought that cannot be put aside. The inquiry then usually continues, as if naturally, but with no further examination of why the question is pursued – no interrogation of what the investigator gets out of it, and how it affects their life?

Alicia Kopf’s Brother in Ice lays bare this undercurrent: there is no investigation into the facts of early arctic exploration, but we are nevertheless given a lot of information on this topic, as chunks of data. And although the connection between these chunks and the rest of the novel is not explicitly drawn, they offer an interesting counterpoint to the other compulsion in the text: a need to articulate the experience of life through metaphors. This struggle to represent thought meaningfully (through, for example, allegories or symbolisms) pervades every conversation in the novel. As much as Alicia attempts to explain her life, her sense of identity and her relationships through metaphors (often arctic), so other characters – from Alicia’s mother to her psychologist – try to explain Alicia to herself, mostly through inaccurate and unsatisfactory metaphors.

These two interconnected compulsions – to know more about arctic exploration, and to express life through metaphoric language – are questions raised rather than answered in the novel. The greatest pleasure this book offers perhaps lies in the opportunity to explore them further.

Translated from the Catalan by Mara Faye Lethem

Published by And Other Stories (2018)