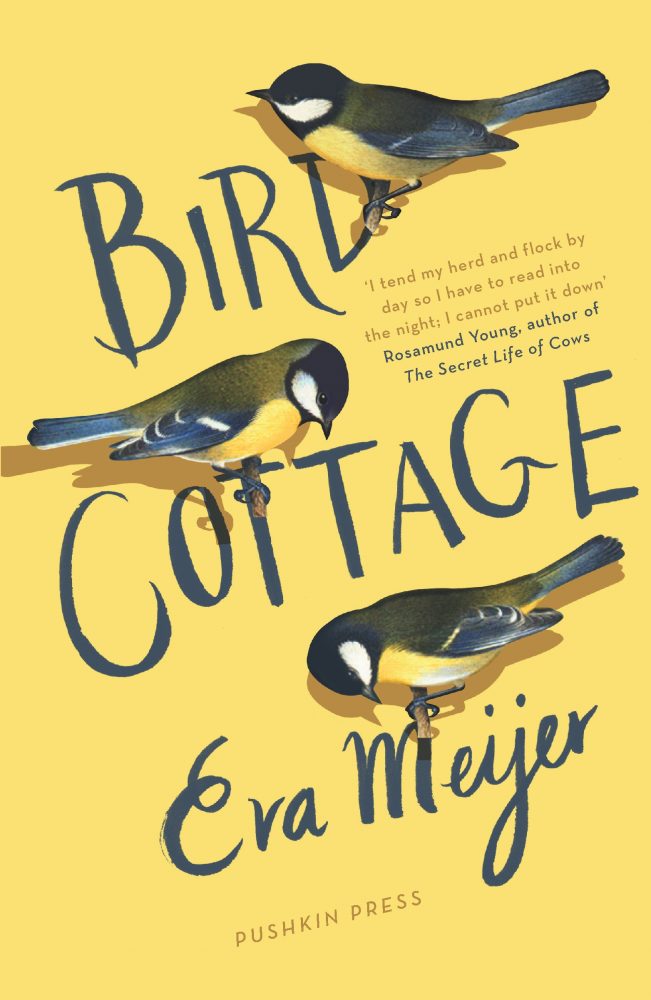 Gwendolen Howard (1894–1973), known as Len, was a musician who gave up her career in mid-life to study birds in the Sussex countryside. She wrote two books, which were bestsellers in their day, but the scientific establishment did not take Howard’s work seriously and now she remains largely unknown. Dutch writer Eva Meijer came across Howard’s books while studying for her MA in Philosophy; this, Meijer’s third novel (translated by Antoinette Fawcett) is an imagined version of Len Howard’s life.

From the earliest moment we see her, as a young child in 1900, Len is fascinated by birds; but her talent for music soon comes to the fore, and at first that’s what she wants to focus her life on. She goes on to study music in London, then makes a living from teaching and by playing the violin in an orchestra. But her interest in birds remains, and eventually she decides that it’s time to leave London. In 1938, Len moves into Bird Cottage (as she names it), where she will spend the rest of her days investigating the nearby bird population.

As a novel, Bird Cottage is largely episodic, and Leon’s relationships with other humans are secondary to her life with birds. A series of short chapters concerning a great tit named Star illustrates Len’s distinctive approach to her work – which involves observing the behaviour of birds in the wild – and her belief that birds have their own intelligence. When she tries to interest the scientific establishment in her investigations, we see that Len is rejected because her approach – studying birds in situ – goes against the scientific orthodoxies of the time, which hold that animal behaviour should be studied with no external stimuli. She is also rejected because she’s a woman and an outsider.

What unites everything that Len does – ornithology and music – is physicality. ‘Birds think by doing,’ she says, ‘but perhaps that’s what we all do.’ It is surely what she does, because Len embeds herself in the world of birds in order to study them. Her story, as Meijer tells it, is fascinating and affecting, a portrait of a woman determined to follow her passion come what may.

Translated from the Dutch by Antoinette Fawcett