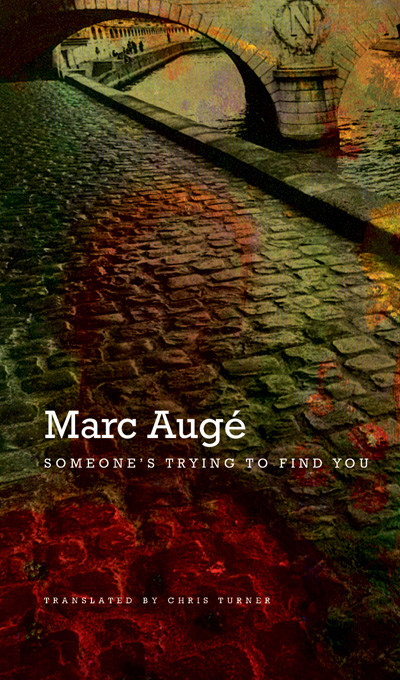 Most readers of Marc Augé’s work will know him primarily, or perhaps only, as an anthropologist. Indeed, he is the author of a dozen academic books, including the seminal Non-Places: Introduction to an Anthropology of Supermodernity, in which he studies the impersonal spaces – supermarkets, motorways, hotel rooms – that nobody claims as properly their own, even though an increasing proportion of contemporary life is spent in them. These non-places breed solitude and a lack of connection between people, who are nonetheless constantly next to each other in them.

Memory is another recurrent topic in Augé’s theoretical work, as it is, among other things, the stuff that binds us to our environment and to each other; in a sense, memories are of what we consist. Writing about memories inevitably becomes personal, and thus it is no surprise that Augé has written a book-length study of memory centering on the film Casablanca, for the simple reason that it is one of his own formative texts.

It is in a cinema where Casablanca is being shown that Someone’s Trying to Find You starts. Julien Arnaud, the only person in the novel to whose thoughts we have access, is a retired French teacher who goes to the cinema only to watch old films. After the Casablanca screening, he accidentally becomes acquainted with a strikingly beautiful girl, Claire, who has attended the same show. A little bit later, we learn that this may not have happened as accidentally as it first seemed. Little by little, the story picks up speed; the past catches up with the present, and lines which might otherwise never have crossed begin to form new and beautiful patterns.

Perhaps the most striking feature of this rather short novel is how many times it changes. For the first third or so, you can read it as if watching My Dinner with André by Louis Malle, with the narrative providing little more than the frames for an essay. If you happen to like that film – as I do – you are almost sorry when new characters enter the frame and tensions begin to arise. But soon the action starts to resemble a classic detective story, although no crime is committed, and then evolves into a tender, subdued, very human drama – but with no superfluous dramatics – leading to an open, yet deeply satisfactory conclusion.

The other notable thing about this book is that the essayistic parts seem to have less to do with Augé’s theoretical views than the latter sections, where his concerns with memory and place are much more visible – but only if you happen to know about them. Even without reference to his theoretical work, the book remains accessible and warm – a beautiful short read by someone who can both think sharply and write captivatingly.

SOMEONE’S TRYING TO FIND YOU