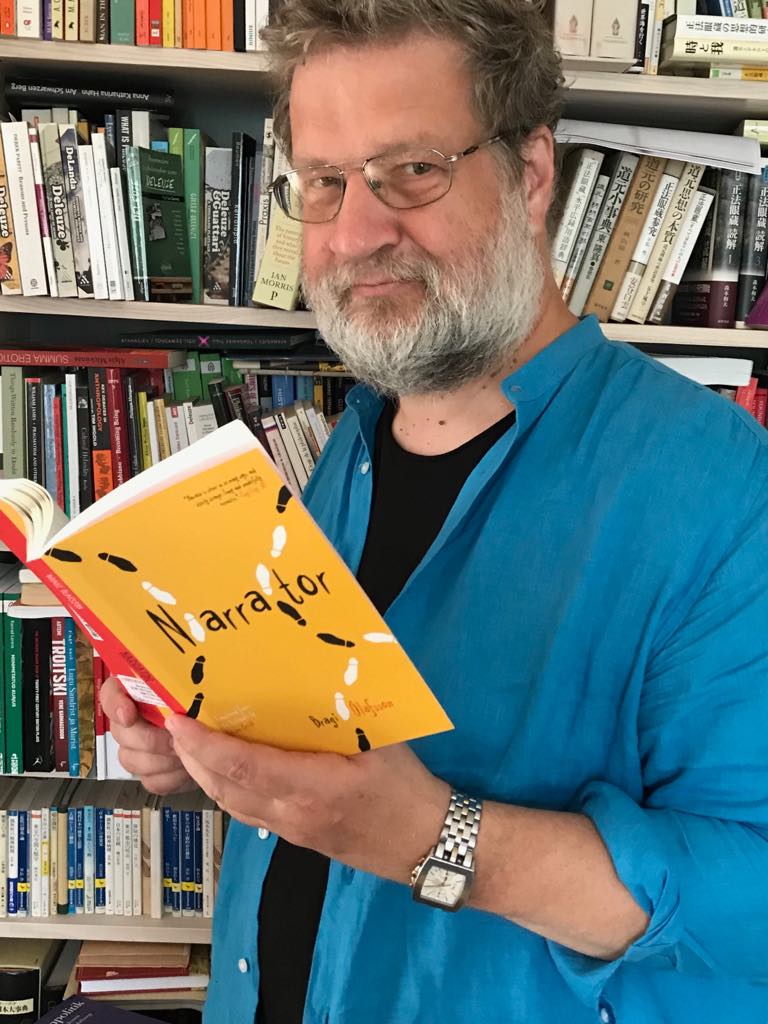 This is a book about obsession. That, and what is revealed in the jacket copy – an aspiring 35-year-old writer notices, by chance, at a post office, a man of whom he used to be jealous, and decides, on the spot, to start following him – is everything you need to know about this book before you decide to read it. That is if your reading habits involve diving into a text head first and not emerging until you have reached the other side. Obsession deserves obsession.

If you prefer, however, to take a book out of your bag and read a couple of pages during a three-stop bus ride, this is not necessarily the best choice. That said, the movement in space the story describes might well lend itself to being in traffic, particularly as the reading experience will be spiced up by the almost surgical precision with which the narrator places himself and his prey on the streets of Reykjavik – streets whose names are orthographically delicious but not immediately pronouncable for an unprepared foreigner: ‘As Aron surges past the District Courthouse toward the corner of Hverfisgata and Lækjargata, G. sees three middle-aged women in the middle of the square, walking north, virtually right in front of Aron, and he recognizes one of their faces at once…’ (p.112) or ‘He goes back the same way. Diagonally across the large car park, and over Vitastígur and Frakkastígur, where several noisy men are standing outside the rock bar and smoking…’ (p.149). A few lines later, though, the narrator seamlessly glides into detailed psychological introspection and self-analysis, which is just as neurotically obsessive as the geography.

The telling of the tale switches between the first and the third persons, but we never get to know the narrator’s name. As the quote above shows, he is designated by a Kafkaesque G., but he remains as invisible to us externally as he is visible to us psychologically. We are privy to embarrassing details about his past and about his relationship with his mother; the obsessive passion towards the woman in his life is revealed, as is the obsessive hatred he feels for his unsuspecting and more fortunate competitor, whom he follows through the Icelandic capital, making occasional attempts to interfere in his life.

The thought of someone randomly looking at you on a street while thinking the thoughts that pass through G.’s mind makes one shiver, but Ólafsson is really good at holding us in an ambiguous relationship with his protagonist: we do and do not sympathize with him, and the more we get to know about him, the more intense these opposing feelings become.

And yet, after a couple of hours, when the reader finally emerges from the book, it is quite possible that some question marks remain in the air. I am not a great fan of broken promises, in life or in literature, but in this book there are some. Now and then the course of events seems to suggest that later in the story some energetic twists will occur. I have to confess, though, that at the very end I was still waiting for them; in fact quite a few of the little things that G. undertook during his journey had strong narrative potential that, alas, remained unrealized. In other respects, though, his character reflects this dynamic, so I suppose it does make perfect sense.

Narrator thus takes us on a short but intense trip into an obsessed mind, and certainly sparks interest in Ólafsson’s other novels. Two of these are already available in English and hopefully there are more to come.

Translated from the Icelandic by Lytton Smith