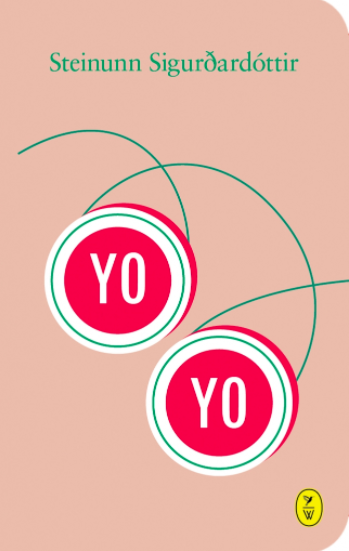 Yo-Yo, Steinunn Sigurðardóttir’s award-winning novel, brought to English readers in the translation by Rory McTurk, is the chronicle of a successful oncologist whose life, despite outward appearances, is marked by the double childhood trauma of an assault and later the accidental death of his closest friend.

Well respected by both patients and staff at his Berlin hospital, the hard-working “Sigfreud, slayer of tumours”, Martin Montag, is a straight-laced, intensely focused man who has one mission – destroying cancer. This miracle worker, with an adoring and adored wife, refined middle-class home life and a noble mission, develops an unlikely but close friendship with a homeless patient, a Frenchman also named Martin. Under Steinunn’s pen their friendship flows through the pages with an organic naturalness, and McTurk’s nuanced translation similarly draws the reader into the two Martins’ charming, witty and often razor-sharp repartee.

This unlikely friendship is what carries our protagonist through the profound shock and agonizing aftermath of identifying his latest patient as his childhood assailant. Deeply traumatised, Martin is faced with a dark dilemma. Should he simply care for this patient as any other, or should he extend his oath to “help others” to the general population and withhold care? Should revenge be allowed to play a part in our actions when that revenge and our sense of humanity are means to the same end? Much more than a just story of an unlikely friendship or an account of assault and its subsequent trauma, Yo-Yo takes a poignant and sensitive look at high-functioning adults coping with mental-health issues, and its subtle depictions of the exterior and interior selves may surprise some, and even lead them to consider their fellow humans with more understanding.

In Yo-Yo, Steinunn addresses some of the dark issues that contemporary society is accused of attempting to keep quiet. She delicately and with great insight gives voice to a survivor, while mercifully providing her reader with frequent moments of humour and dry wit, even as she effectively portrays the deep comfort and invaluable support found in true friendship, love, and trust.

Helga Hlaðgerður Lúthersdóttir is Senior Teaching Fellow and convenor of the Icelandic BA Programme in the UCL Department of Scandinavian Studies (SELCS). Her main specialist areas are Nordic representations in popular culture, Nordic Noir, and translation theory. She has published on several topics from cultural and  political reflection in Hollywood film to queering as empowerment.

Brian Rossitter is an MA student of Translation in UCL, London, in addition to teaching Icelandic at City Literary Institute. He graduated with a BA degree in  Icelandic with Swedish in 2016.

Read Brian Rossiter’s #RivetingReview of MOONSTONE: THE BOY WHO NEVER WAS by Sjón