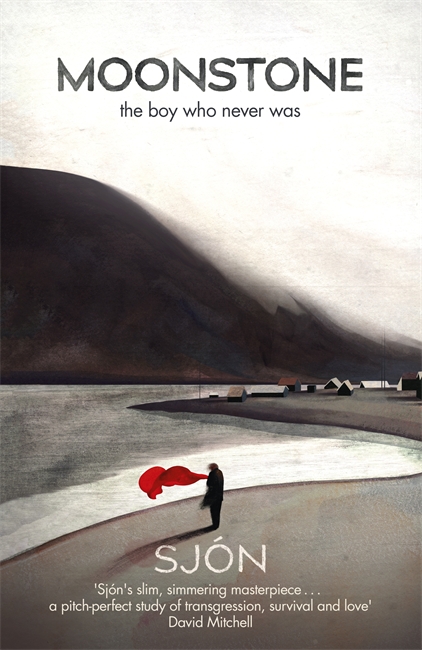 #RivetingReviews: Brian Rossiter reviews MOONSTONE: THE BOY WHO NEVER WAS by Sjón

Moonstone: The Boy Who Never Was, the latest novel in English by Icelandic poet, writer, and lyricist, Sjón, and excellently translated by Victoria Cribb, continues the author’s fondness for placing his literature in historical settings, in this case Iceland in 1918, about to win full sovereignty from Denmark. Heady with positivity as it is swept into the modern era, at the same time the country is experiencing the devastating grief and setbacks caused by the Spanish flu epidemic, which effectively brings the island to an economic and social stand-still.

All this is seen through the eyes of a boy, Máni Steinn Karlsson, the “Moonstone” of the title. Máni is bursting with all the energy and imagination of youth, but he is also struggling to gain full sovereignty over his body and sexuality as he approaches adulthood. Máni is queer, and while the society around him grapples with the threat of the influenza pandemic, he remains in his own microcosm – his own story – grappling with societally imposed limitations.

The tone is bleak, although Moonstone is also a story about the preservation of life, whether that life be Máni’s smouldering sexual desires, or the general survival of Icelanders. Although there is little malice here, both Máni and those around him seem unconcerned with each other’s problems.

The eponymous protagonist’s perspective manifests itself as a film screen with a lead role and a slew of other characters, many of whom are liaisons in a sexual life that cautiously flourishes like a small shrub scarcely sheltered from the stormy Icelandic winds. As the film flickers, travelling between its two spools, the scenes of a nation grappling with an epidemic turn from eerie to morbid as the death toll rises. Spliced into these harrowing scenes are indulgent depictions of sexuality. Thus the corporeal limitations of human bodies are pitted against the vivid affirmations of life found in Máni’s sexual ecstasy.

The Iceland we see through Máni’s eyes differs greatly from any perspective an outsider might have, either today or back in the time the novel is set. As Máni sneaks through society – a manifestation of the ‘other’ – he observes the parochial and closed atmosphere around him, feeling not so much a victim but rather a bystander or an observer. And it is with this last point that the author demonstrates a very clever tendency. By relating the events of the novel through the frame of the boy’s personality, instead of just being a bleak tale of oppression and unstrained desire, the novel depicts a world of (understated and Icelandic) imagination and possibility. Moonstone is an interesting take on a little-known period of Icelandic history, as well as a respectable contribution to LGBTQ literature.

MOONSTONE: THE BOY WHO NEVER WAS

Read also Rosie Goldsmith’s #RivetingReview of MOONSTONE: THE BOY WHO NEVER WAS by Sjón

Brian Rossitter is an MA student of Translation in UCL, London, in addition to teaching Icelandic at City Literary Institute. He graduated with a BA degree in Icelandic with Swedish in 2016.