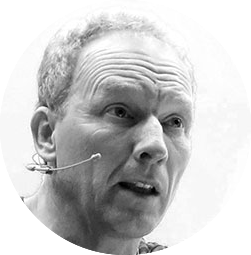 From THE STORY OF ÁSTA by Jón Kalman Stefánsson, translated by Philip Roughton, introduced by the Publisher

And another Riveting Exclusive! Our thanks to Icelandic author Jón Kalman Stefánsson, his translator, Philip Roughton and publisher, Benedikt Publishing.

The Story of Ásta is told by a dying man, Sigvaldi. He and Helga, Ásta’s parents, chose her name – “love” in Icelandic – while she was still in the womb after they read Independent People by Halldór Laxness. Sigvaldi, a writer, has now fallen down a ladder and is lying on the pavement.

Sigvaldi’s life flows through his mind. His wife Helga, wild and poetic, ran away from a mundane life in Reykjavik, leaving their two daughters to the foster-care  system. Ásta is their youngest.

This is a story about love, sensuality and sex. About the Icelandic countryside, poetry and the desire to know the world. About children, those kept by their parents and those raised by strangers. About life and death. And Ásta.

“Our father had a very good singing voice, and was a master at imitating people, certain species of birds, and sheep. Those three are my specialty, he used to say, and he could be quite humorous and fun when he managed, in his own peculiar way, to combine respectable characters from town life with whining seagulls or bleating sheep.”

But he wasn’t so fun when he was sucked into the black hole of drink. His binges usually lasted two or three weeks, and it seemed that no power, neither on earth nor in heaven, could stop him.

“We were fortunate, lucky, that he used to disappear from home on the third or fourth day. Maybe everyday life became too oppressive for him. The look in my mother’s eyes too disturbing. The presence of us kids too constrictive. And so, it was best just to disappear. Which is often the simplest escape route. He began – my mother used to say – to drink away his judgment. That was easiest. Then his reason, and then everything else he had: money, rings, tie, respect, coat, hat.”

And finally, the grocer’s itself.

Which had done well. Mainly, perhaps, because it was run almost entirely by their mother, who worked there along with her elder daughter. Although their father’s infectious cheerfulness and magnetism probably played its own part in attracting customers.

It took us two years, said their mother, to pay off enough on the store for it to stop being a burden and start providing more than just toil, worry, sleepless nights, but it only took you a fragment of a night to gamble it away, along with various other things of ours, of course. Or, things that were ours. You’re good at ventures; poor at gain.

I’m not worthy of being your husband or the father of our children, he said, miserable, broken down, tattered, after a binge of just over three weeks. “One of his worst binges – maybe the worst. He woke up three days ago down in Keflavík, between two sisters. They were all naked.”

Woke early in the morning. Couldn’t remember how he got there. Vaguely recalled a long journey from Reykjavík, remembered a night in Hafnarfjörður where he slept, together with his drinking pal, in a fragrant heap of netting beneath singing stars, a shifting moon – when they continued on their journey, they smelled like fish. His pal was mad-keen on getting out to Vatnsleysuströnd, where they spent the next night at a little farm. He remembered the sea there. How it seemed to fill existence. He’d never seen anything so big. But somewhere along the way they separated, the two pals, his trustiest drinking companion, a bookkeeper for one of the better merchants in Reykjavík. Yes, that’s right, he’d stayed behind in the little farm on the coast, said that he was so afraid of the sea that he didn’t dare go out the door. Knew the people there; spoke the entire way about the eldest daughter, who’d worked for the merchant the year before, but had quit and returned home when she became pregnant, and no one seemed to know who the father was. But how he got from that farm to a bed in Keflavík is lost in the fog of his memory. He didn’t remember having met the sisters, let alone having clambered naked into bed with them.

Except that when he woke, he felt like the Devil had used him as a broom to sweep the floor of Hell.

He opened his eyes, looked around, shut them again, said, and meant it, I want to die.

Not right away, said one of the sisters. Maybe tomorrow, but not today, not now. She slipped out of bed and grabbed the bottle of schnapps standing on a simple table next to an old sink. They were in a large garret. Morning light poured in through a skylight and over the woman, who stood unmoving at the table, as if lost in thought. He guessed that she couldn’t be much older than twenty-five, and there was something about her, her body, her long, dark hair, how it fell over her slim shoulders, the curve of her back, which made him think of music. And life returned to him with his first sip. I’m completely revitalised, he said. Can I see? said the woman who had grabbed the bottle, and then she disappeared beneath the blanket. The other woman took a sip from the bottle, watched his face change, and asked, as if she didn’t know a thing about life, is it good, what my sister is doing? Yes, he whispered, very … but you … you seem … sad … why …?

Maybe because it’s too far for happiness to get here to Keflavík.

That might be what I meant, she said, before giving him an open-mouthed kiss.

“I’m not worthy of being your husband,” said our father, a good twenty-four hours later, having come home to the apartment that they’d lost. “I know,” said Mom, “I know.”

“But there’s terribly little we can do about that, except stand upright. Those who crawl can’t see the horizon.”

Jón Kalman Stefánsson has created a unique and enchanting fictional world in a series of related novels and short stories. Two of these works, Summer Behind the Slope and Of Tall Trees and Time, were nominated for the Nordic Council Literary Prize. In 2005 Jón Kalman received the Icelandic Literature Prize for his work Summer Light, Enter Night, an unusual collection of connected stories and fragments. His Trilogy about the Boy, which includes the titles Heaven and Hell, The Sorrow of Angels and The Heart of Man, won him international recognition, numerous prizes and a feature-film deal.

Philip Roughton is an award-winning translator of Icelandic literature. His translations include works by many of Iceland’s best-known writers, including the Nobel laureate Halldór Laxness, Jón Kalman Stefánsson, Bergsveinn Birgisson, Steinunn Sigurðardóttir, and others. He was awarded the 2015 American-Scandinavian Foundation Translation Competition Prize, the Oxford-Weidenfeld Prize for 2016, and an NEA Literature Translation Fellowship for 2017.