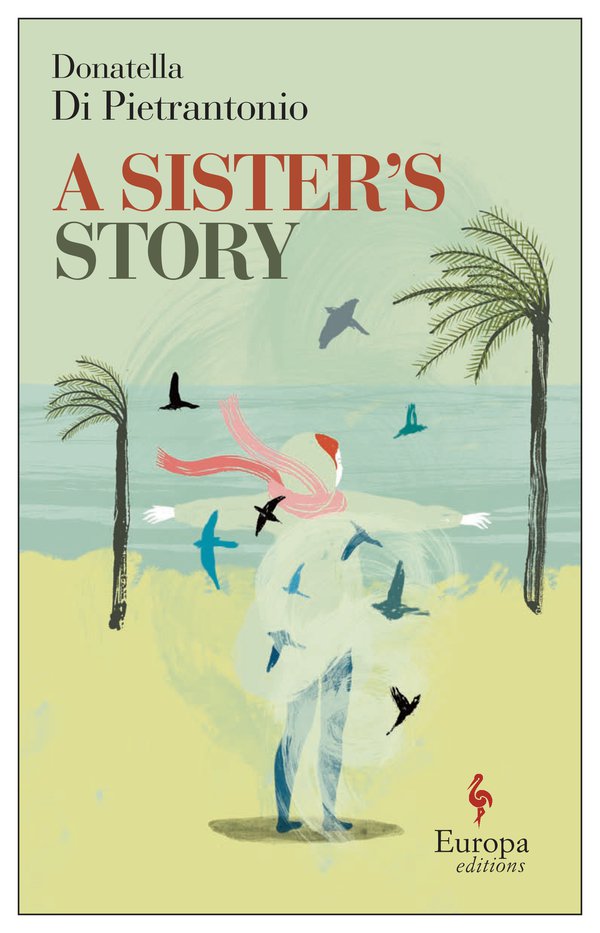 Family secrets, a doorbell ringing in the dead of night, a funeral, a curse, an unhappy marriage, and a daughter who succeeds academically, moves up socially and ends up working as a university lecturer in France. Spaghetti alla chitarra, cornetti, pastini, arrosticini and crespelle in brodo. And quite a bit of violence, including the particularly grim and unresolved did-he-or-didn’t-he incident that gets the story going.

A Sister’s Story is Di Pietrantonio’s fourth novel, and revisits places and characters from her earlier work, A Girl Returned (published in English by Europa Editions in 2019). Set in Abruzzo, a region east of Rome, it moves backwards and forwards in time to tell the story of the (nameless) narrator and her sister, Adriana. The novel starts in the present, when the now single narrator, who is working as a lecturer in Grenoble, receives a phone call summoning her urgently back to Abruzzo. We then shift back in time to her youth and marriage to Pietro, her family and her sister. It offers the whole spectrum of human emotion, and enough drama to fill an Eastenders omnibus.

Although it’s a short novel, it is densely packed and, at times, quite hard to follow (presumably reading A Girl Returned would help), for the narrative only really clicks into place around halfway through. There is a choppiness to the language that doesn’t help either: many long sentences punctuated mainly by a comma, which leads to a certain flatness in the rhythm of the sentences. Conversations are related in hindsight, and with all the different voices, and movement back and forth in time, it can feel unclear what is being referred to, such as in this description of Adriana by her boyfriend’s mother: did this actually happen; is this the boyfriend’s mother’s view, or the narrator’s?

‘Maybe they’d all three have lunch together, then she’d go to the neighbour’s for a few hours to leave them alone, and on her return she found Adriana still there, who didn’t even ask if she had to go home. She seemed an orphan.’

Events are described hastily and sometime almost elliptically, as here:

‘“There’s no wine or did you forget it?” our father asked at a certain point. I got up, there was the remains of a bottle behind the curtain under the sink. I poured the red into a glass and then there was none left.’

There is an obvious point of comparison to another Italian novelist (the one with a brilliant friend, Naples, and shoes), although that possibly says more about how little Italian fiction appears in English translation. Despite the similarities, Di Pietrantonio’s novel is much more compact in time and subject matter, and more intensely focussed on fewer characters. It takes quite a while to warm to Adriana, although it becomes clear that she is not having an easy time of it. The ending of the story is a positive one for her, yet open-ended for the narrator – and possibly for a sequel?

Darcy Hurford is a translator from Estonian, Finnish, German and Swedish. Originally from England, she is now based in Belgium.