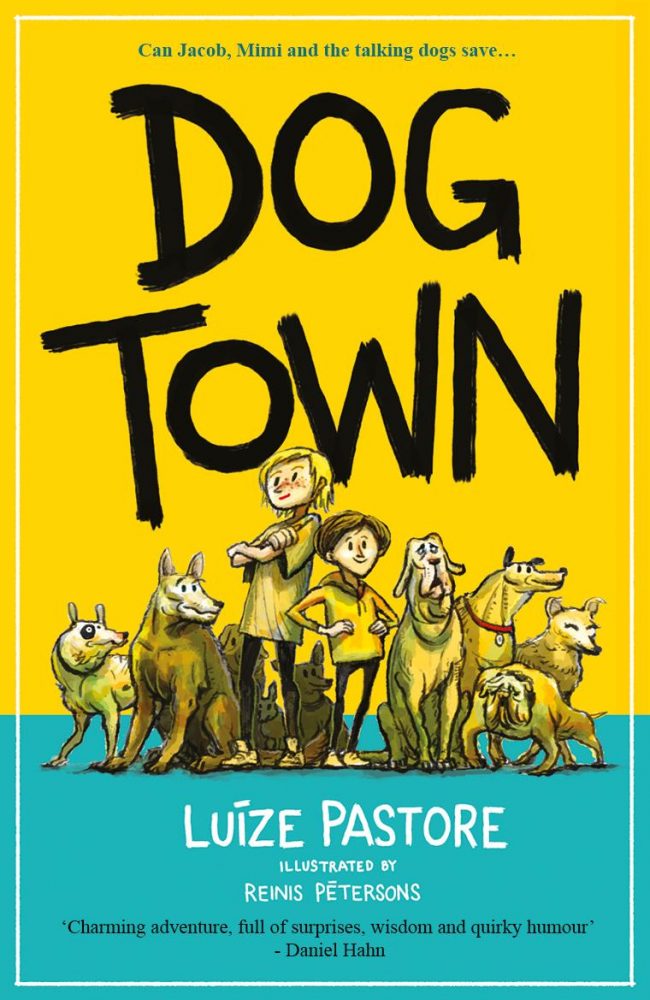 When Jacob, a young, rather lonely city boy with a big imagination, learns he’s going to have to spend his summer in a distant suburb with a strange cousin he doesn’t know, he’s sure his dad must be punishing him for something. (For saying the wrong thing and inadvertently causing the entire city of Riga to be submerged under water? Perhaps.)

But Maskatchka, his new temporary home, is totally unlike anything he’s imagined. His cousin Mimi is tough, sharp-tongued and independent – Jacob would never have gone out alone to play in the street back home, preferring to stay inside drawing his amazing maps – and his burly uncle Eagle is an ex-sailor who used to fight pirates! (Well, if you believe his stories he did.) The whole place is shabbily, wonderfully alive, and quite different to the dull life Jacob is used to, right down to a local pack of rare talking dogs.

So when Jacob and Mimi unearth a plan by ruthless local ‘businessman’ Skyler Scraper to raze Maskatchka to the ground and replace it with tarmac and a forest of high-rise buildings, they and the dogs decide they need to do something about it: and so Operation Free Maskatchka is born. Both Jacob and Mimi will learn a lot about themselves and each other before the story is up, and there’s a political message for readers, too, about what matters most in life (clue: it’s not always money), and what it means to be a child.

Dog Town is a charming middle-grade adventure, full of plot surprises, wisdom and quirky humour. It’s Pastore’s debut in English, and I hope there’ll be a lot more to come.