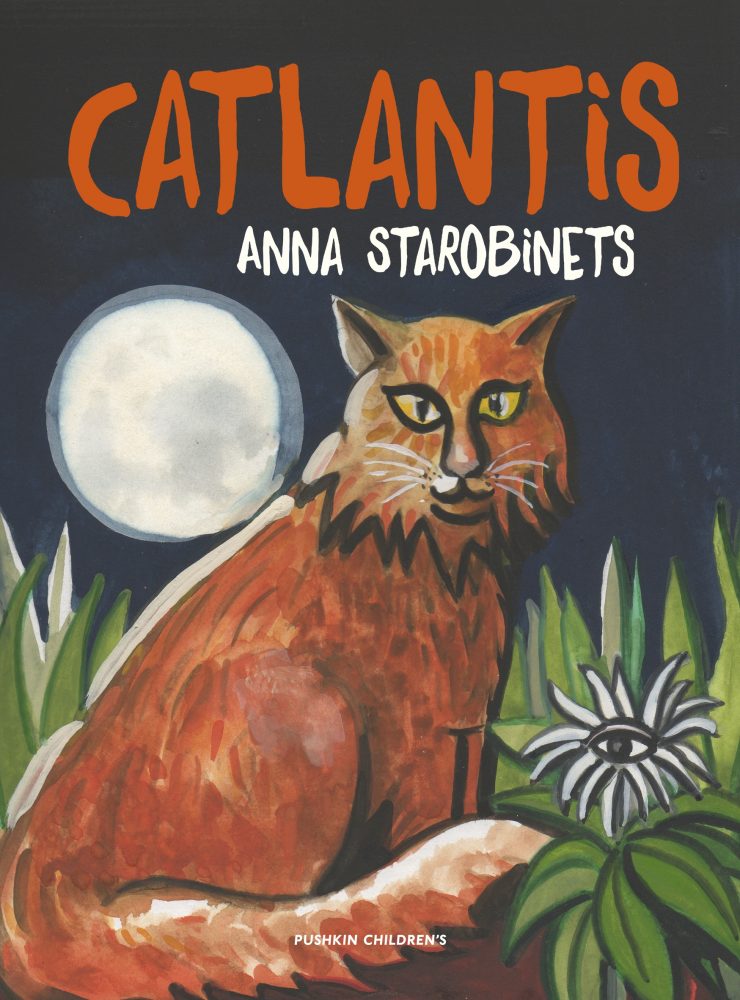 This is the story of Baguette, a domestic ginger cat living in a twelfth-floor apartment, and of his efforts to win the hand (paw?) of his beloved fiancée, Purriana.

After a courtship conducted mostly by letter (friendly dogs pass the notes on their behalf), Purriana welcomes Baguette’s advances, finally turning down another suitor – the sinister Noir – to accept his proposal of matrimony. But tradition dictates that, for a cat to marry, he must first perform a heroic feat, which is why the distinctly unheroic Baguette finds himself travelling back through the perilous Ocean of Time to the lost city of Catlantis, in order to bring back a strange, magical flower and help an old, dying oracle fulfil a prophecy. The oracle happens to be Purriana’s great-great-grandmother, so Baguette is keen to impress her.

But when the island of Catlantis is swallowed up by a cat-astrophic, cat-aclysmic flood (which of course explains all subsequent cats’ hatred of water), will the intrepid Baguette make it back to present-day Moscow alive? And even if he can survive the flood (and a somewhat strange interlude in fourteenth-century Paris involving a besotted cat princess called Panna Catta and a trial for witchcraft …) things still won’t be easy for Baguette, as he will have to contend with some competition. For the white Catlantic flower – though largely forgotten over the centuries – has a powerful magic that gives cats their nine lives, which means that, inevitably, Baguette isn’t the only one after it.

Starobinets has woven some lovely cat mythology into Catlantis, which she uses to explain the origins of our contemporary cat society, such as the different talents bestowed upon, respectively, cats who are “white like mountain snow”, those who are “grey like the sky before a thunderstorm”, those “black like the deepest ocean”, and the cats who are ginger “just like a carrot” (not to forget, of course, the spotty and stripy ones); and there’s some catty wordplay, too, with nice equivalents supplied here by translator Jane Bugaeva. But it’s the spritely, pleasingly odd and quite original story that makes the book feel so fresh and fun – there’s a lot for child readers and/or listeners to like here. And there’s even a nice joke about French semiotics thrown in for the grown-ups. What more could you want?