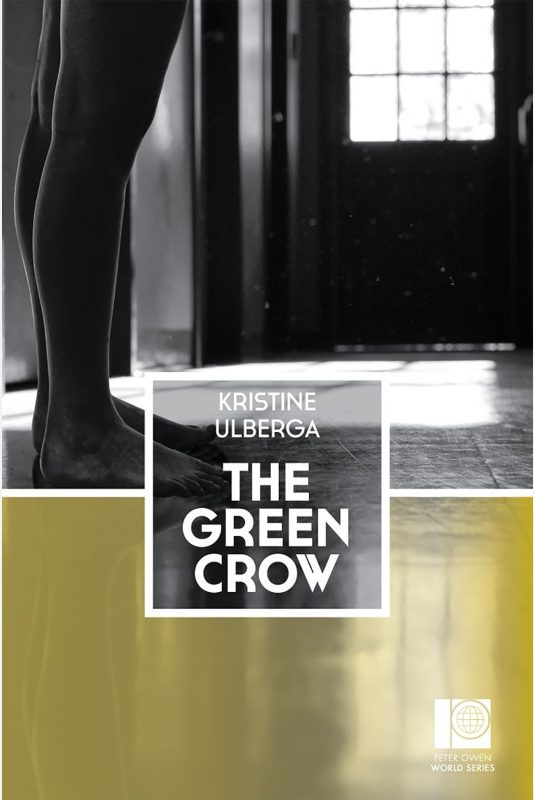 Reading this book is like plunging head-first into deep water. You don’t know what awaits – either in the depths, or even right under the surface. You quickly learn, however, that you should expect anything and everything. There are moments when you swim smoothly through long passages, and these almost lull you. But then a sentence attacks you, jumping at you suddenly. For example: ‘I fall asleep without washing my hands after the colonoscopy of our life.’ You need to slow down and swim around these obstructions, checking them from different angles, before you can continue.

The six-year-old protagonist of Kristīne Ulberga’s book spends her time sitting in front of a switched-off TV, watching a ‘film’ about a forest – an idyllic, friendly place (‘no red ants, no rabid beasts’), where clothes always fit perfectly, and one can’t get lost. One day, while the narrator is busy building an imaginary house of branches and pine fronds, her mother returns home, bringing her lover with her. The three of them go on a trip to the coast and the girl is told not to mention anything about it to her father. She comes home with her pockets ‘full of tiny, bewitched people who have committed evil deeds. Some have a hole in their chests, some have a seashell growing into their heads’.

She does tell her father about the trip, and the result is he beats her mother up. As the assaulted woman lies on the floor weeping, he also lies on the floor in his daughter’s room, drunk. And the Green Crow appears for the first time.

The Green Crow is the narrator’s imaginary friend and perfect companion – her alter ego; the ‘forest’ part of her. The bird remains by the protagonist’s side until the day when she starts embarrassing her. The narrator then tries to hide the bird away, pretending she doesn’t exist and never has. But the result of repressing the forest/bird side of her personality means our narrator ends up in a psychiatric institution. There she retells moments from her life story to her roommates, such as this one, in which she recalls her mother cutting her wings off:

This book reads like a layered cake, with tasty poetic jam oozing out between the layers: ‘The fat woman stops and stares at me, questioningly. Her hands clench into fists. Her chest clenches into a fist. Her eyes are drawn into fists.’ It is a story about seeking and discovering oneself and one’s freedom, but also of seeking love and happiness, which sometimes means denying oneself exactly the freedom and/or happiness one has sought: ‘I have to be miserable for my family to love me. Wonderful people are not loved; happiness is despised. I was happy once, but then all my loved ones grew unhappy.’

The Green Crow is surreal, absurd and oneiric, and ruled by a certain childlike logic. Take the plunge and see what happens; but be warned: it might hurt…