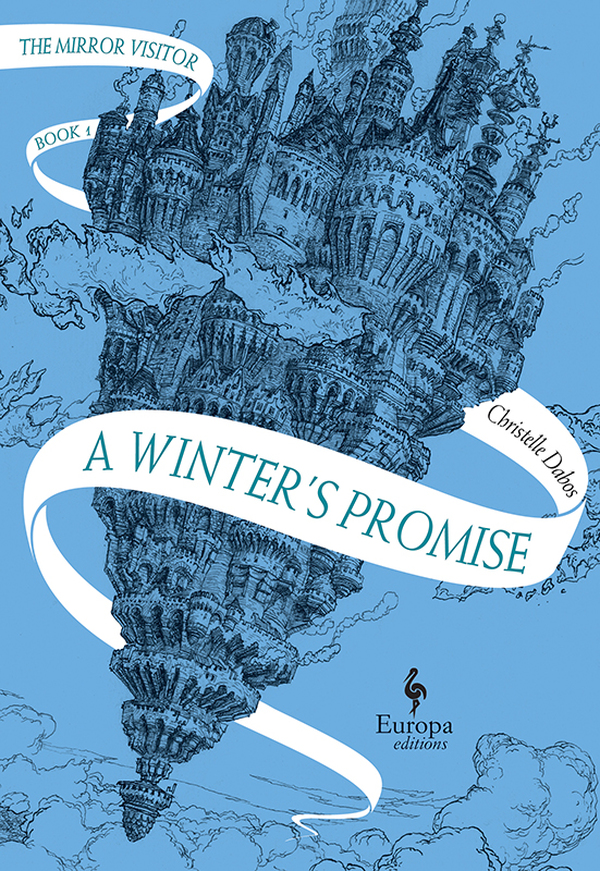 Teenaged Ophelia lives on the ark of Anima, where she’s been perfectly happy spending her days attending to the extended family’s museum. She fulfils this particular role on the ark because she is a gifted ‘reader’ of objects – she is able to sense by touch their past experiences. All she wants in life is to be left alone to spend time with her eccentric archivist godfather, and to explore and preserve the past. She has, frankly, little interest in the future. But the future is just about to happen to her, in the form of a surprising marriage proposal she is unable to turn down. This marriage, to the unpleasant Mr Thorn, is going to tear her away from her family, and her whole world.

Even Mr Thorn seems uninterested in the match at first. (His real interest and the reason for it are revealed later.) But the marriage must go ahead – for one thing, the respective families’ spirits, Artemis and Farouk, are brother and sister, so, if nothing else, it’s a canny diplomatic partnering. Reluctantly, Ophelia follows her disagreeable husband-to-be to the ark where his family lives, ‘The Pole’. But what kind of life awaits her there, in the floating city of Citaceleste?

And what awaits us readers? Well, intrigue, treachery, politics, mystery and high drama – and at the heart of it, one girl’s journey to a kind of independence.

Dabos gives us a timeless, richly imagined world, a pleasingly twisty plot and countless bursting-off-the-page characters. There are special powers (some used for good, some decidedly not), travelling through portals (in this case, mirrors), and many other familiar fantasy tropes besides. The book has regularly been compared, predictably, to Harry Potter, but there’s plenty of original material here, too.

This English version – in a mostly very readable translation by Hildegarde Serle – is Dabos’ Anglophone debut. We translate only tiny amounts of YA fiction into English, even from French (as this one is), and even less that’s of a particularly high calibre, but Dabos’ book is first rate. Though this first volume does have a satisfying ending of its own, readers will be eager for more, so it is pleasing to know that this is the first in a trilogy. Volume two, The Missing of Clairdelune, arrives in the spring.