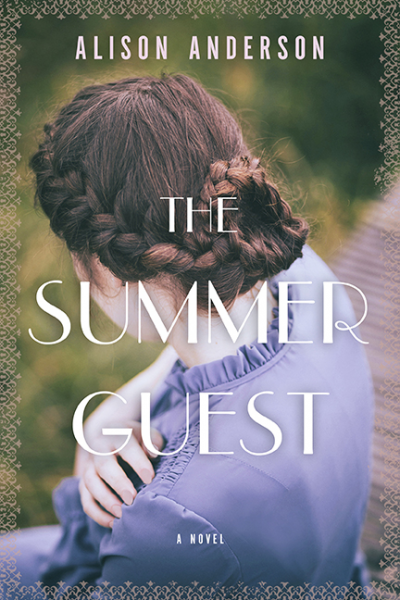 A diarist in late nineteenth-century Russia, a translator in modern-day France and a London publisher: three women connected across time and space, united by a shared love of words. Three deftly interwoven narrative strands bring these women together in Alison Anderson’s haunting, elegiac novel, a beguiling tale of loss and longing that transports us to an instantly recognisable Russian country-house setting with a full cast of Chekhovian characters.

The diarist of The Summer Guest is Zina, a young doctor, recently blinded as a result of a fatal illness, a character inspired by a little-known acquaintance of Chekhov. In this well-researched piece of fiction, Alison Anderson has created an imagined record of Zina’s latter years, a diary in which she confides her thoughts and emotions over two summers at her family’s country home. Her diary has fallen into the hands of Katya, a Russian publisher in modern-day London. Eager to publish the diary in English, Katya has engaged Ana Harding, a translator living in a village in France.

It is Ana’s translation of Zina’s diary that forms the bulk of The  Summer Guest. Zina writes poignantly of her desire to resist her cruel fate, reflecting that her words on the page are no more than “sightless scratchings against mortality”. Anderson approaches the subject of Zina’s experience of blindness with great sensitivity, skilfully avoiding cliché and focusing on the blind woman’s sensory experience of an unfamiliar world, in which friends and family have become disembodied voices. The voice that stands out is that of the eponymous summer guest, the young doctor and writer Anton Pavlovich Chekhov, who delights in engaging Zina in long discussions. In true Chekhovian fashion, they talk of love and literature, of destiny and free will, of the pressures of their shared medical calling and of the beauties of the countryside Zina can no longer see. Anton Pavlovich illuminates the world for Zina, creating pictures in her mind with his descriptions of the scenes unfolding before his eyes. Echoing many a reader’s thoughts as we sink into a Chekhov short story, Zina writes: “He restores a fractured loveliness to my blind world, recalling remembered scenes and suggesting others blurred by time and loss.”

Interwoven with the diary are passages giving voice to Ana’s musings as she works on the translation. Alone in her remote French village, she reflects on her own life and loves while devoting herself to the task of re-creating the diary in English, always searching for that elusive touchstone of translation, “the prism where sunlight reflects language”. Such insights into the process of translation are a delight for me as both reader and translator, all the more so since Anderson is herself a distinguished translator.

The diary makes repeated allusions to a manuscript of a novel that Chekhov was working on, a tantalising possibility that Ana hopes may have some substance. But even the provenance of the diary itself is shrouded in mystery. In the novel’s third strand, we hear about Katya, the London publisher, struggling to keep her benighted small press afloat. How did she come across this astonishing document? Does she really have access to a long-lost Chekhov manuscript? These and other questions keep us guessing to the end of this engrossing read.

The Summer Guest is a well-crafted and subtly nuanced tale with deftly drawn, multi-faceted characters. As befits a work that owes so much to Chekhov, the language is lyrical and restrained. This is a novel to savour, a worthy homage to the master of the short story and a rare delight for anyone who is curious about the art of translation.