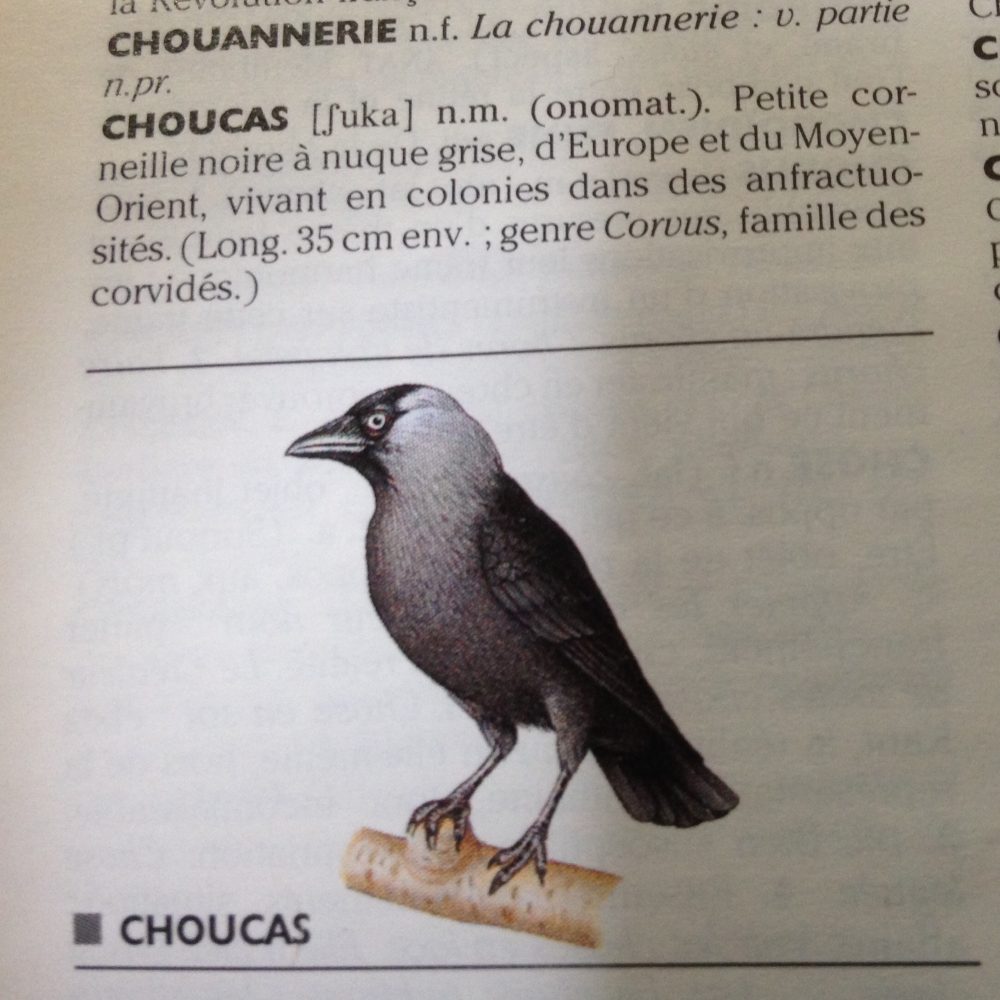 High in the Swiss Alps, birds gather on the balcony of a villa, their black feathers and red legs standing out against the swirling snow. They swoop and chatter, squabbling over the pieces of bread set out for them on the balcony by the narrator and her companion. The presence of the birds signals to the guests in the villa to rouse themselves and set out for their daily walk through the exhilarating whiteness of their alpine retreat.

Thus begins the strange, unworldly novel Choucas set in a sanitorium resort during the 1920s in the days when skiers and hikers rubbed shoulders with those seeking a cure for their tuberculosis. Of the narrator and her companion, we know very little, not even their names. The real actors in this drama are their fellow visitors, a cosmopolitan cast of characters, each of whom bears not only a name, but also a distinctive personal history: Miss Norah, the eccentric red-haired English woman who lies naked and unabashed in the sun, in search of a cure for her condition; the strikingly beautiful Madame de Carfort, who takes pride in high French culture and longs to return to her life of colonial ease in Morocco; the awkward Monsieur Totsky, a gifted pianist who has forgotten his own native language, and Mademoiselle Hovsepian, thin and bony, always dressed in black and bearing the sufferings of the Armenian peoples on her diminutive shoulders.

When I picked up this slim volume I knew nothing of Zofia Nałkowska, the prolific and pioneering feminist writer whose work is only now becoming available in English. This award-winning translation by Ursula Phillips comes replete with footnotes, appendix and a richly informative introduction, from which I learned that Choucas, written in 1925, addresses the author’s preoccupation with relationships between people of differing nationalities. The novel does indeed centre around the conversations and interactions between a disparate group of individuals, with one of them remarking at one point that the whole League of Nations had taken its seat at our table. It’s a novel without a plot. Instead of a single storyline, we are presented with a series of character sketches, a kaleidoscope of life stories, some absurd, some tragic, and all presented through the cool observations of the narrator who allows her characters to reveal themselves through their speech and their interactions.

The guests mingle and converse in a civilised manner, laughing and talking, always addressing each other by their last names, the only names by which we know them. What they seem to have in common is their ardent nationalism, a pride in their people and culture that takes different forms. Handsome, spirited Señor Carrizales extols the beauties of the Alhambra and the Spanish sierras. The Armenian guests give a succinct and harrowing account of the Armenian genocide and diaspora, and of the failure of the international community to support them. But more ominously, their nationalism slips all too easily into prejudice, distrust and misunderstanding. Monsieur Verdy, who lost his only son to the trenches of the First World War, considers the Germans to be worse than any other people in the world. Haughty Madame de Carfort looks down on just about everyone. And the cheery young English couple, Mr. and Mrs. Vigil, are depressingly xenophobic: possessed of a vast number of prejudices, mocking the French, dismissing the Irish as brigands and murderers and despising almost every other nation.

Through this maze of international prejudice and misunderstanding, the narrator weaves her path, delighting in the beauty of her surroundings, waxing lyrical about the birds and the mountains, and observing her fellow guests. Nothing much happens during this interlude in the mountains. Like the eponymous birds, the visitors gather, chatter, eat and leave, some to go back to their homes, some to die, and others to an uncertain fate. Unable to find a common language, they leave with their prejudices intact. Despite the oft-repeated refrain of the tragic Miss Hovsepian: But one nation should not oppress another, n’est-ce pas?, this League of Nations has resolved nothing. How prescient this novel proved to be, and how sadly reflective of our own Brexit-blighted, wall-building times.

Nałkowska’s language in Ursula Phillips’ translation is by turns richly evocative and curiously flat. I assume this to be a feature of the author’s style, skilfully rendered in English by this accomplished translator, since it serves to emphasise the contrast between the romantic beauty of the mountain setting and the sad impasse toward which the human guests seem determined to hurtle themselves.

In taking us back to a world that is long gone, Choucas throws into relief much of the ranting and rhetoric of our own times. I closed the book feeling that I had been transported to a dream-like but strangely familiar setting, an unsettling sensation that has left me wanting to read more of Nałkowska’s work.

Translated from the Polish by Ursula Phillips

Aneesa Abbas Higgins is a literary translator and former teacher. Born in London, she has lived in Britain, France and the USA and holds degrees from Sussex University and the University of London.