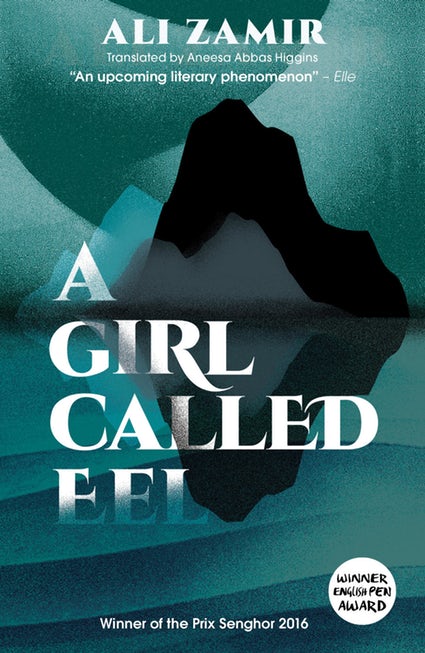 A Girl Called Eel is an unusual take on the coming-of-age novel. In a single sentence, punctuated with commas and paragraph breaks, Ali Zamir tells us the story of Eel’s attempt to break free from her overbearing father and her twin sister – from whom she could not be more different – and forge her own path in life.

Seventeen-year-old Eel is a good student, hard-working and determined not to be distracted by boys or even friends of any kind. Her twin sister Rattler, on the other hand, is late for everything and is hugely popular at school, with fellow students queuing up to do her homework for her. Their mother died in childbirth and they spent the first five years of their lives with their aunt, Tranquil, before moving back to their father – a fisherman called All-Knowing, who holds forth at great length about all sorts of topics and collects newspapers to keep up to date with world events.

Eel believes her life in Mutsamudu has already been mapped out for her, until she sets eyes on her father’s colleague, Voracious, and suddenly sees an escape route. She begins spending her days with Voracious, smoking and drinking and making love, while All-Knowing is out at sea and Rattler at school. But what appears to be the bliss of first love soon takes a dark turn; the path to ruin is a slippery slope, and Eel could not have imagined just how dangerous this affair would turn out to be.

‘people talk about having a good name, as if a name could be bad or ugly in some way, or they say they were born under a lucky star, as if that was all it took to have the world at your feet’

In his debut novel, Ali Zamir paints a vivid picture of life in the Comoros, with the ever-present ocean and the community’s dependence on fishing. Eel dreams of so much more than life on the island, but it seems destiny might not be so willing to grant her the freedom she craves. Beautifully translated by Aneesa Abbas Higgins, and the winner of a PEN Translates Award, this bold debut will draw in readers with its stream-of-consciousness style and wonderfully flawed protagonist.