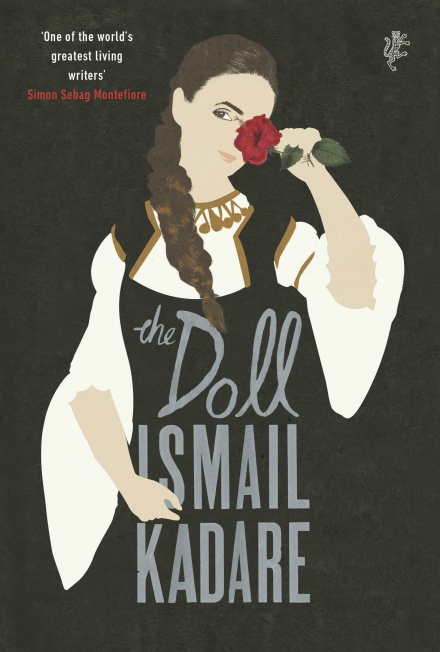 ‘Her white face had the frozen and inscrutable quality of a mask.’

Kadare’s haunting memoir begins conventionally enough, with a phone call announcing the imminent death of his mother. But, as readers familiar with Kadare’s work might expect, the narrative that follows confounds convention and leads us into the world of Kadare’s childhood and youth in communist Albania. In a series of reflections and evocations of imagined or half-remembered incidents, Kadare weaves an elliptical narrative, delivered in his distinctive voice, beautifully rendered here in English in John Hodgson’s excellent translation. Through Kadare’s musings, both ironic and poetic, we are offered glimpses of life in Albania in the second half of the twentieth century and of the author’s development as a writer. This is a slim work, but one that offers intriguing insights into the looking-glass world of a deeply repressive society.

The principal players are the imposing stone house in the city of Gjirokastër that was Kadare’s childhood home and his mother, the eponymous Doll. Kadare describes his mother as an enigmatic, ethereal figure who came as a seventeen-year old bride to the vast and forbidding Kadare family home, ‘a menacing pile’. The young bride found herself at odds with her fearsome mother-in-law, a daunting matriarch living in the traditional self-imposed seclusion of widows of her generation. While this formidable woman seems at one with the cold stone of the house, the young bride is stunned into silence and feels that the house is ‘eating her up’.

The house dominates the book, as we read of Kadare’s development as a writer and his relationships with his mother, father and eventually his wife, Helena. Early success as a poet fanned the flames of his youthful bombast and gave him the opportunity to travel to the capital city and to Moscow to study, where he was taught to despise the most ‘decadent’ of bourgeois writers: Joyce, Kafka and Proust. Fortunately for us, the young Kadare reacted as any rebellious youth should, and turned that admonition on its head. Another perk of success was access to the shadowy world that surrounded the Albanian leader, Enver Hoxha, and to the forbidden Western press. In a touching scene of rare father-son intimacy, the young Kadare heals a growing rift with his father by sharing with him a ‘yellow paper’, a secret document summarising the ‘anti-Albanian poison’ written in the West.

As Kadare’s life leads him away from his roots, taking him eventually to exile in Paris, his paradoxical relationship with his enigmatic mother continues to fascinate. As a young man he castigates her for her naivety, but he later comes to realise that it was her sacrifices that enabled him to become an artist. ‘She surrendered the freedom and authority of a mother – in short, turned herself into a doll – to give me all possibly liberty as a human being, in a world where freedom was so rare and hard to find.’

Like so much of Kadare’s writing, this is a strange and compelling work: a book full of riddles, many of which remain unanswered. As any good memoir should, it stands on its own merits while leaving the reader wanting to delve further into the author’s imaginative world. Kadare has a considerable body of work that has not yet been translated into English (although most of it is available in French). How fortunate we would be if this were to be the first of many of Kadare’s works to come into English.

Translated from the Albanian by John Hodgson

Aneesa Abbas Higgins is the translator of numerous works from the French. Her most recent translations are Winter in Sokcho by Elisa Shua Dusapin (Daunt Books, 2020) and On Terrorism: Conversations with my daughter by Tahar Ben Jelloun (Small Axes, 2020). Her translation of Nina Bouraoui’s All Men Want to Know will be published by Penguin Viking later this year.