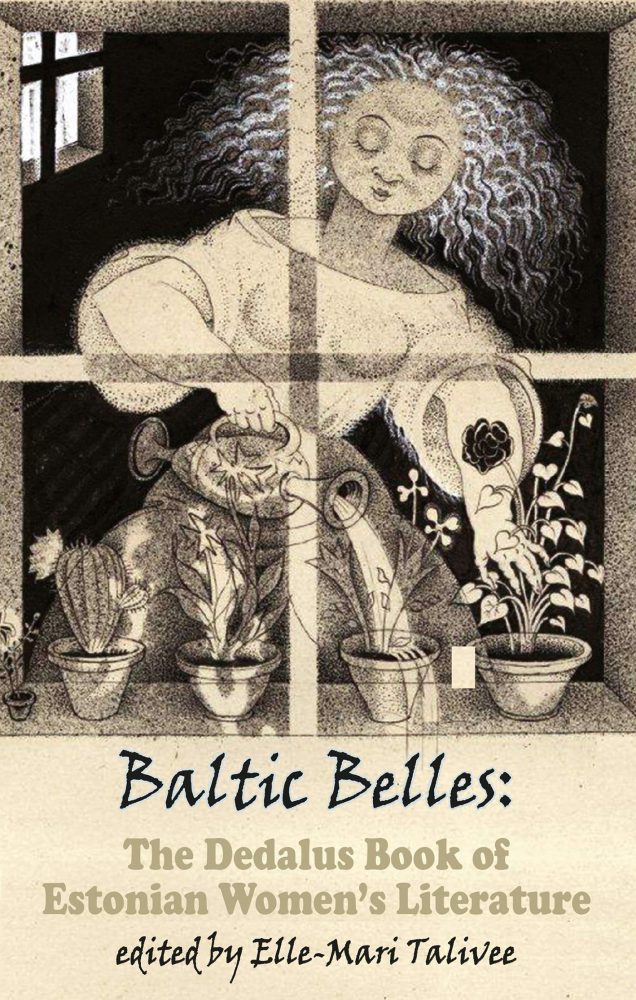 Baltic Belles is an anthology of fiction by some of Estonia’s greatest female writers. Stretching from the late nineteenth century to the present day, this collection of short stories and novel fragments includes a number of award-winning authors and covers a range of subjects, from the meditations of an old farmwoman and the experiences of a child in post-Stalinist Estonia to the story of a young pianist who is forced to consider what kind of future she wants for herself when a doctor asks for her hand in marriage.

The chronological structure of the anthology, which opens with an extremely useful foreword for those who may be unfamiliar with Estonian writing, is an effective way of marking the passage of time and its impact on writing styles and traditions. Not only are the changing times evident in the way the characters dress and act, and in references to historical or contemporary events, we also witness the evolution of language, marked in the translations by the introduction of more contemporary slang phrases and increasing mentions of modern music, technology and social media.

One of the most striking things about the collection is the clear influence on Estonia over the centuries of other countries, languages and cultures. Many of the stories are peppered with Russian, German and Swedish words, insights into cultural differences or musings on the way that occupation and migration have impacted Estonian identity. In the extract from Mari Saat’s novel In the Winds of Blue Heights, for example, the Estonian protagonist discovers that her Swedish husband has drowned following the sinking of the ferry Estonia on its way from Tallinn to Stockholm (a real-life tragedy that occurred in 1994). Before she learns what has happened, the protagonist reflects on her and her husband’s differing views of life in Estonia, and how and where they should bring up their daughter, her family’s reluctant acceptance of her spouse, and how limiting national boundaries can be.

‘But at the same time, I don’t feel that Estonia is my home – this place alone isn’t sufficient for me. I feel that the world is my home! This might sound like ridiculous hyperbole. But in fact, if you look at it from high enough up, that isn’t so. On the contrary: to feel this, you don’t need to fly into space at all – you just have to lift your eyes. For that, a night in August works brilliantly. Just look at the tiny stars that are millions of times bigger than our world – at least this is what astronomers tell us… and this is what I sometimes think, that this little ball, this is enough for my home…’

This varied collection offers a remarkable and thought-provoking insight into a fascinating country. With a whole host of inspiring female characters, Baltic Belles is the ideal introduction to Estonian literature.