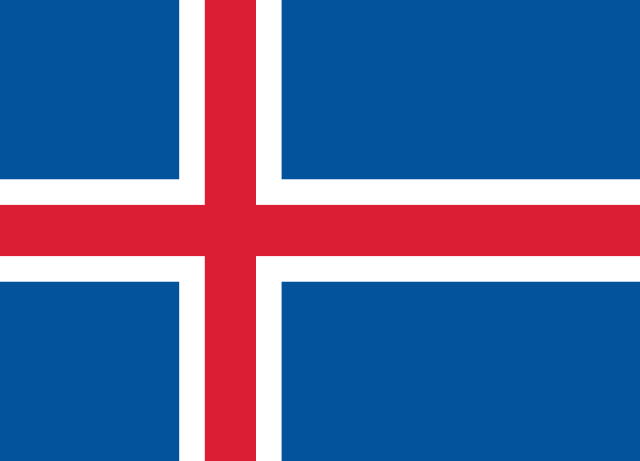 Twenty or thirty years ago, most people in the English-speaking world knew little to nothing about Iceland, save for our odd appearance in a 1990 episode of Twin Peaks (Google it!). A lot of people simply assumed that we lived in igloos – a baseless cultural stereotype that I’m sure Greenlanders were happy to lend us.

Then came The Sugarcubes, Björk, Sigur Rós, Múm and Of Monsters and Men, and finally the gut-wrenching embarrassment of the “Inspired by Iceland” ad campaign. With it, the nation began its ongoing and somewhat traumatic first encounter with mass tourism. As the króna fell, Iceland was added to bucket-list holidays the world over. More recently we’ve had the Eyjafjallajökull volcano disrupting air travel across the globe, the Icelandic financial crash causing pensions to vanish around Europe, and the Panama Papers, with our Prime Minister storming out of an interview and then out of office – all to the nation’s glee.

Yet despite all this, when people abroad ask me about Iceland, they are most keen to hear about elves and “the hidden people”, the Icelandic “way of life”, the Northern Lights and how we jailed the bankers. It is considered a social faux pas to suggest that most of our hidden people are refugees and asylum seekers or that last year one of those jailed bankers managed to crash his helicopter – he was still serving a sentence in an open prison at the time.

It is against this background that Icelandic fiction has entered the tumultuous realm of “world literature”, that infinitely flexible publishing term-slash-marketing ploy. Over the past few decades, we have seen a wealth of Icelandic authors step onto the international stage. Authors such as Sjón, Hallgrímur Helgason, Andri Snær, Auður Ava Ólafsdóttir, Guðrún Eva Mínervudóttir, Oddný Eir, Arnaldur Indriðason, Yrsa Sigurðardóttir and Jón Kalman Stefánsson – great writers who have honed their craft by writing for the extremely particular and demanding Icelandic reader, within the limits of our ambitious yet small publishing industry, inevitably “niche” as only three to four hundred thousand people read Icelandic.

While historically it has taken a backseat to Icelandic music as a cultural export, I have high hopes for our literature’s international future. I believe that Icelandic writing represents us to the rest of the world as no other medium can. Icelandic writers show us at our best, describing the steadfastness and integrity of our island mentality, our ambitions as a small nation on the world stage, our love for our nature and our language, and how fiercely we protect both. The best of our writers, however, also show us the worst of ourselves: our callus close-mindedness, our pettiness and greed, our xenophobia and our selfish, stubborn hubris.

Writers compromise their art if they speak anything less than the truth. Our writers describe – for us as well as for the rest of the world – the clashes in our national psyche; those faults and frailties that we need to attend to if we are to survive as a culture and a nation. They show us the things we might not want to admit are there; the cracks in the perfect lopapeysa-clad image that we like to hold up to the world. If we are to survive culturally, we must grow to accept these imperfections, rather than hide them. Our writers can help us to do this by forcing us to stand naked before the outside world.

My personal hope is that this happens as Icelanders and Icelandic fiction step into a new era of multiculturalism, as new writing by immigrants and other minorities arrives on our shores, capable of portraying us in uncomfortable and unfamiliar ways. If we mean to stay relevant and venture beyond merely honouring our rich literary history, we must also break the mould of Icelandic fiction and nurture elements that push against the norm. This is doubly important for a nation as small as ours, where economic support for the arts is limited. Hopefully, an increase in the export of Icelandic fiction will provide new resources for our writers. If this is to happen, however, we must also stop ourselves from buying into our own hype before the world becomes weary of us.

Björn Halldórsson’s writing has been published in Britain by Valve Journal and From Glasgow to Saturn, in Italy by Effe: Periodico di Altra Narratività and in Iceland by Tímarit Máls og menningar, Stína, Skíðblaðnir and Partus Press. His first book, a short story collection titled Smáglæpir (“Misdemeanors”), received the Icelandic Literature Center’s Grassroots Grant in 2016 and was published by Sæmundur Publishing House in 2017.