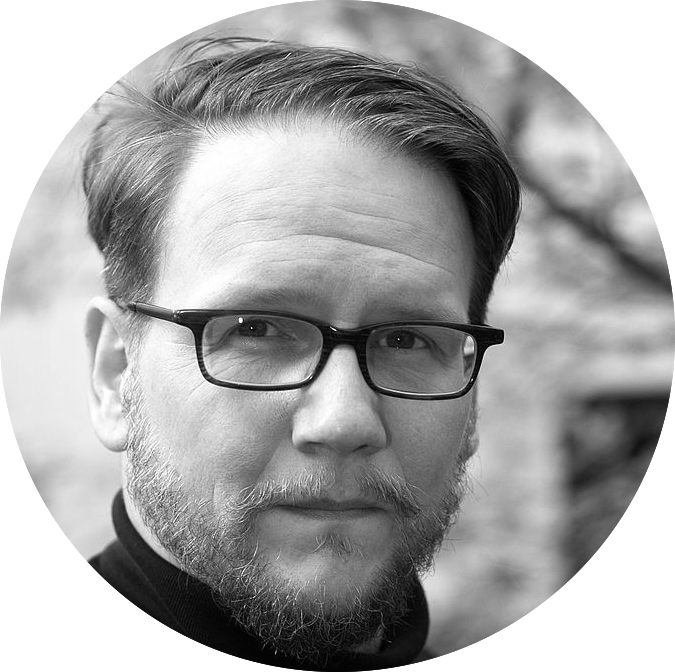 From CODEX 1962 by Sjón, translated by Victoria Cribb

The Icelandic author Sjón, his translator Victoria Cribb and his UK publisher Sceptre have honoured The Riveter magazine by giving us an exclusive extract from Sjón’s forthcoming novel CoDex 1962, ahead of its English publication in July 2018. In Iceland it is widely considered Sjón’s masterpiece.

“If we were to enter by night the main square of a small town, let’s call it Kükenstadt, in Lower Saxony (judging by the architecture and the signs above the shops lining the square), we would find the atmosphere typical of such towns after midnight. Everything so wondrously quiet that it puts one in mind of the dormitory at a summer camp for obedient children; every house in its place with the night tucked up under its eaves; the whispering about the cares and events of the day fallen silent. A small boy with an umbrella has incorporated the town into his realm.

The boy may have continued his marauding westwards, but he has not left the little town of Kükenstadt entirely at the mercy of its dreams: in the middle of the square a statue keeps watch over the citizens.

It is the sculpture of a chick, caught mid-sprint, its neck thrust out and head raised to the sky, beak gaping wide and wing stubs cocked from its sides. The blue moon is mirrored in the black marble like a night-light left burning for a child who is afraid of the dark.

It is from this chick that the town draws its name, and despite its diminutive size – only about seven times larger than a living chick, and that’s not saying much – it ensures the inhabitants of Kükenstadt more peaceful rest than most big-city saints can grant their flocks, for in the hearts of the sleepers the memory lives on of how the chick saved their forebears from being slain by a ferocious berserker who once rampaged across the continent, annihilating everything in his path.

But were it not for the fact that my life-story begins in this very town which owes its existence to an inquisitive chick; yes, if it did not begin here, in a three-storey building on the square, we would tiptoe out of the dormitory town of Kükenstadt, closing the door softly behind us.”

“There’s a sound of moaning coming from the building, as those who have an ear for houses will notice, but these are not the sighs of the suffering or the sick, oh no, these are the agonised moans of ecstasy, the crescendo of sexual climax; the groan that results from being bitten on the neck and gripped tight around the buttocks.”

“A creeper sprawls across the front of the house, parting round the windows and the sign over the entrance: GASTHOF VRIESLANDER. The plant is in such a tangle under the eaves that it looks as if it’s about to lift off the roof.”

“This is no longer a house of pleasure but an ordinary guesthouse, run by an honest couple who upped sticks and abandoned their farm to make way for an autobahn. They didn’t get much for it, but God and good luck were on their side and they bought this den of iniquity for a song when the Party outlawed immorality from the land.”

“Close your eyes, then. Can you picture the square? The chick and the shops? Gasthof Vrieslander, the tangled creeper and the roof? Good. No, don’t open your eyes. I’m going to put my hand inside your forehead – yes, go ahead and wrinkle it – and now you can watch it entering over the square, pale-grey like a monster’s claw in the ghostly glow from the street lights and the moon over the church …”

“God, how weird your hand looks – so huge. You’ve got long nails, I hadn’t noticed that before …”

“Shh, concentrate! I press my thumb against the eaves of the roof at the front, grip the join with my fingers and gently prise the whole thing off, taking care not to break the chimney.”

“Yes, we wouldn’t want to wake anyone.”

“Then swing it over the square with a smooth flick of my wrist and set it down, and now the chick has acquired a roof over its head. More importantly, it can’t see what we’re up to. Listen to it cheeping with curiosity: ‘Can I see? Can I see?’”

“Don’t feel sorry for it. It’ll soon give up protesting and stick its beak under its wing …”

“It’ll fall asleep while we carry on exploring the house. Can you see me poking my long finger nails into the joint between the facade and the gables?”

“And pulling the facade forward?”

“Now I’m laying it down on the square.”

“Indeed. Here on the ground floor is the reception with an office leading off it; directly opposite the desk you can see the door to the dining room, and through that door there, the one with the oval window, is the kitchen. As you see, there’s nothing indecent going on here: the guests are respectably asleep in their rooms on the three floors, while the staff lie work-worn in their beds under the rafters.”

“So what are those noises coming from the office, then? From what I can hear it sounds like panting and gasping …”

“You’re quite right, let’s take a peep inside and see who’s panting …”

“In a deep leather chair at the desk a red-haired youth sits hunched over the yellowing photographs of buxom girls, his hand working away in his lap …”

“The guesthouse servant boy, an orphan the couple brought with them from the countryside, who they use to do the chores no one else wants to …”

“What’s his connection to your story?”

“He’s only really a minor character, poor thing, but all will be revealed later: I’m not telling the story here and now, merely setting the scene. Well, do you notice anything else unusual when you see the house opened up like this?”

“Well, take a look. How many rooms are there on each floor, for example? I’m not saying any more …”

“If I lift off the upper storeys so that you can look down on the first floor from above like a maze, what happens?”

Sjón has written numerous novels and novellas, as well as nine poetry collections and four opera librettos. He was nominated for an Oscar for his lyrics for Bjork’s song in the film Dancer in the Dark. His other novels include The Whispering Muse and The Blue Fox, which won the Nordic Council’s Literature Prize. Moonstone: The Boy Who Never Was won the Icelandic Literary Prize as well as the Icelandic Booksellers’ Prize for Novel of the Year.

Victoria Cribb has translated more than twenty-five books by Icelandic authors, including Sjón, Arnaldur Indriðason, and Andri Snær Magnússon. Her translation of Moonstone (“Mánasteinn”) by Sjón was long-listed for the Best Translated Book Award and the PEN America Translation Prize in 2016. In 2017 she received the Orðstír honorary translation award for services to Icelandic literature.

Photo of Sjón by Johannes Jansson