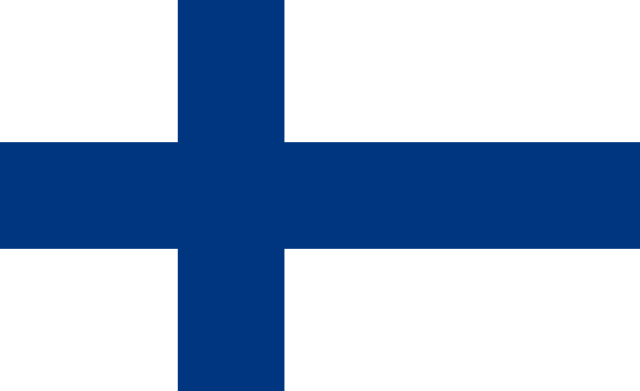 It is perhaps fair to say that the recent phenomenon of Nordic Noir – sparked by popular TV shows such as Wallander, The Bridge, Borgen and The Killing – has propelled Nordic fiction to new heights of popularity around the world. This development is to be welcomed wholeheartedly, as only a decade ago the idea of watching subtitled drama or reading translated fiction would have turned off most English speakers. This precipitous rise in popularity has brought with it many fringe benefits too: firstly, it has increased interest in literature and culture outside Scandinavia and, secondly, it has lowered the threshold for translations of works outside the crime-fiction bubble.

Finnish literature in translation has long lagged behind its Scandinavian counterparts, in no small part because there are simply fewer translators who work from Finnish (a Finno-Ugric language and a daunting task for any prospective student) directly into their native tongue. Thanks to the unflagging work of organisations such as FILI (the Finnish Literature Exchange) and a shift in readers’ general view of translation, this is now changing. With regard to translations from Finnish, the watershed moment came at the Frankfurt Book Fair 2014, which showcased Finnish literature. Since then the number of translations has increased dramatically.

Noir and crime fiction receive plenty of attention as it is, so for balance I will take a closer look at other genres. “Fantasy” literature has always played an important role in the Finnish literary scene. I use inverted commas because, of course, all fiction can be considered “fantasy” to the extent that it deals with fictitious events. The prominent writer Johanna Sinisalo, many of whose works exist in English translation, points out that we often “forget that even realistic literature is made up; that it is every bit as fictitious as the most unbridled fantasy literature”. Edited by Sinisalo herself, The Dedalus Book of Finnish Fantasy provides a fascinating cross-section of the history of fantasy writing in Finland. In recent years, the term “Finnish weird” has been coined and represents a sub-genre in its own right.

Elements of fantasy and magic realism have found their way into many books recently translated into English, notably Salla Simukka’s Snow White Trilogy, described as “Lisbeth Salander for a young-adult audience” and the “feminist fantasy” novel The Red Abbey Chronicles by Maria Turtschaninoff. Described by Téa Obreht in the New York Times as “a marvel, a remarkable achievement, and a world apart from anything you are likely to read this year”, Pajtim Statovci’s striking debut novel My Cat Yugoslavia incorporates elements of magic realism into a historical narrative about displacement and the realities of life as an immigrant in a foreign culture.

Like many countries, Finland was left deeply traumatised, first by its own Civil War (1918) then by World War II. From Väinö Linna’s 1954 classic The Unknown Soldier onwards, the war and its repercussions represent a constant strand in much Finnish literature. Recently, however, the perspective of war narratives has begun to shift away from the more traditional depictions of men at the front and widened to encompass the stories of the families and women left behind. Also, historical fiction in general now increasingly explores associated historical themes, lesser known outside Finland. Aki Ollikainen’s White Hunger provides a compelling – if grim – account of the Great Famine of 1866-68. Leena Lander’s (as yet untranslated) novel The  Command (“Käsky”) examines the tensions between “Whites” and “Reds” during the Finnish Civil War, and Asko Jaakonaho’s (again untranslated) The Path of Happiness (“Onnemme tiellä”), a fictionalised account of the real-life, unsolved murder of a local politician, picks up those tensions during the interwar years. Katja Kettu’s expansive novel The Midwife explores the intense relationship between a local midwife and a German soldier during the Lapland War of 1944.

Naturally, it is hard – and useless – to divide authors into tidy categories. Many of the authors mentioned above straddle multiple genres that all impinge upon and enrich one another. As with all national literatures, a literary “canon” exists in Finland, though it is often specifically works that exist outside that canon that can be the most fascinating and rewarding for readers elsewhere. That said, canonical works themselves can assume new relevance once they are relieved of their historical baggage and read within a different cultural and linguistic context. And as with all literatures, many excellent authors are yet to be translated, though I am confident that, as the thirst for Nordic literature of all genres continues to grow, this will soon be remedied. For readers and translators of all languages, this is an exciting time, a win–win situation. There is still so much to discover.

David Hackston is a British translator of Finnish and Swedish literature and drama. He graduated from  University College London in 1999 with a degree in Scandinavian Studies and now lives in Helsinki, where he works as a freelance translator. In 2007 he was awarded the Finnish State Prize for Translation.