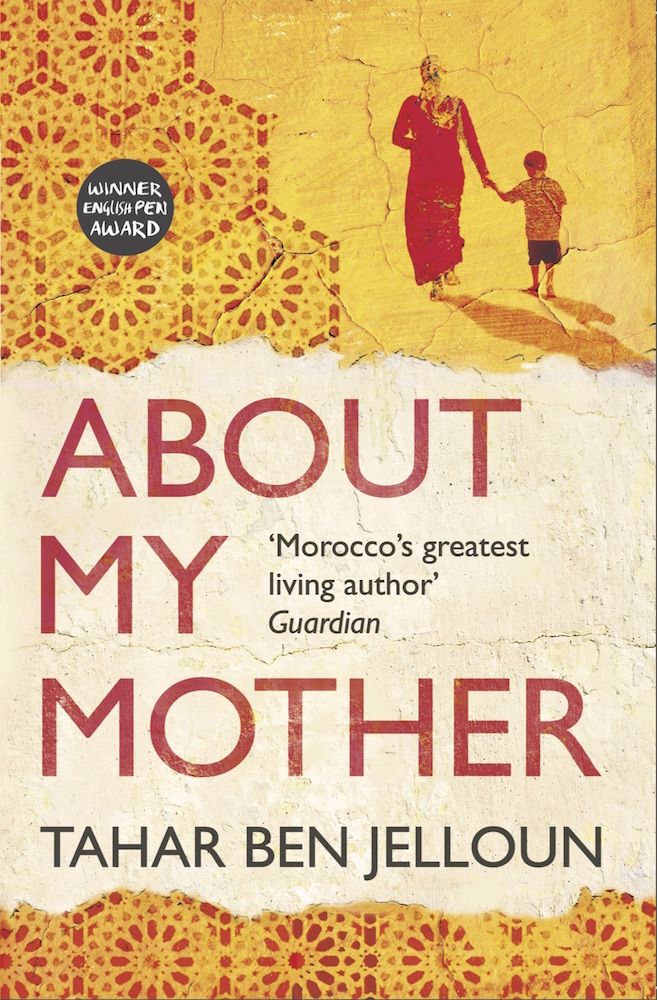 ‘We’re both ruthless… no tiptoeing around one another’s egos’: Ros Schwarz and Lulu Norman on jointly translating Morocco’s most famous novelist Tahar Ben Jelloun’s About My Mother (Telegram Books)

RS: This book means a lot to me because I’ve wanted to translate Ben Jelloun ever since I read L’enfant de sable in 1985. I asked Lulu to work with me because we’ve collaborated before (The Star of Algiers, Aziz Chouaki; Belly of the Atlantic, Fatou Diome). This was a challenging book in all sorts of ways and I find working with Lulu very stimulating and enriching. About my Mother is written in two very different voices, that of the author/narrator and that of the mother, and I wanted to really bring out the distinct registers.

Both Lulu and I had mothers who died after suffering from Alzheimer’s, which is another reason why we were both so engaged with the book. Throughout the translation process we were aware of the overlap with our own experiences and the emotions it stirred up were a sort of driver, informing the translation.

Co-translation can only work if the two translators have a similar ethos, sensibility and approach. Lulu and I are absolutely on the same page, which I know from having worked with her before and for a number of years, formally and informally. Dividing this book was easy because of the different voices: I translated the narrator and Lulu translated the mother. We each drafted our own sections, then exchanged and revised one another’s work. We’re both ruthless at this stage. The important thing is to get the best possible translation, so no tiptoeing around one another’s egos. We usually accept nearly all the other’s suggestions (with an ‘I wish I’d thought of that’ sigh). We then go over the new, blended version separately and refine the translation further. By that stage we’re both completely inhabited by the book and there’s no more ‘Lulu’s bit/Ros’s bit’.

The final stage is spent curled up on Lulu’s sofa for a caffeine-fuelled session reading passages out loud (a vital part of the process), brainstorming to resolve any remaining problems, drawing up a list of queries for the author, thrashing out any disagreements.

Then we then both go through the copy-editor’s comments, and at proof stage we make further improvements. A translation is never finished.

LN: Yes, the brainstorming is the best part of co-translation. This is where the knottiest issues are finally faced, the parts we’ve probably been trying to avoid. And in fact, devoting that attention turns up so much, the language begins to yield and lets us get further in. During our brainstorming session, there was one passage that suddenly opened up and made sense, which had been eluding us. It described better than anything else I’ve read (and I’ve read a lot on the subject) the desperation of being with someone you love who has Alzheimer’s. It’s a feeling that’s incredibly hard to quantify and that I’ve never been able to understand or describe—what happens to time, the way it lengthens and becomes an abyss you almost fall into, how unbearable it can be. I loved doing that, both because it seemed that by translating it we were mastering the experience, and also because of the intimacy of shared, live discovery. And then that passage seemed to me the very crux of the entire book.

RS: The biggest challenge was to create a translation that preserved the lyricism of Ben Jelloun’s writing. This is very much a language- rather than plot-driven narrative, so the writing needs to be very accomplished, balancing music with meaning. Pinning down the speech rhythms, is always tricky. The book also spans a long time period, going back to the mother’s childhood, so we needed to be mindful of era-appropriate language. We discussed strategies such as whether or not to use contractions, and for which sections. There are a lot of culture-specific words, which we chose to keep, providing a glossary at the back so as not to intrude on the reader experience but giving the information needed. When possible we worked in an explanation in the text, but only if it could be done unobtrusively. It’s important to both of us to keep the sense of place and culture and not to ‘colonise’ the text.

About My Mother is published by Telegram Books, £8.99 paperback.