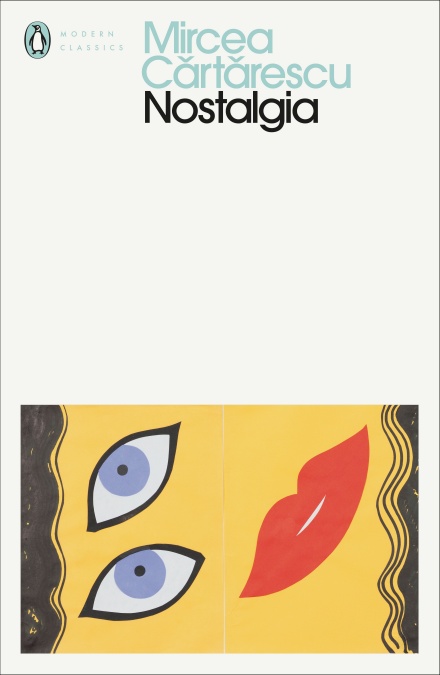 Mircea Cărtărescu’s Nostalgia is one of the key works of twentieth-century Romanian fiction, winning the Romanian Academy prize when it was first published in 1989 as The Dream. Those were the dying days of Nicolae Ceaușescu’s regime, and this initial publication was a shorter, censored version, apparently stripped of many of its political allusions and sexual references. (Cărtărescu’s depictions of sex are some of the best I’ve ever had the luck to read, and, as to his politics, Nostalgia’s Bucharest is so coldly nightmarish that it is impossible to mistake it for some ideological apologia.)

The first complete edition appeared in French in 1992, still with Le Rêve as its title, then in Romanian in 1993, and now finally as Nostalgia, under the prestigious auspices of Editura Humanitas, itself only three years old at the time. Translations into other European languages and nominations for important European literary prizes followed throughout the 1990s.

English-language recognition for this novel has been both gradual and slow. Julian Semilian’s stunning translation first appeared in 2005 with New Directions Publishing, an independent US imprint well known for championing European experimental literature. Nostalgia has now been reissued in what is arguably the UK’s most significant literary list, Penguin Modern Classics. Appearing between the famous peppermint-blue covers is in itself the equivalent of a literary prize.

Cărtărescu’s work has certainly earned its status as a classic, but it is not a book for the fainthearted. It is a strange, shape-shifting, difficult volume, full of intertextual challenges, in places infuriating in its firework displays of literary showmanship, yet never less than mesmerising. Its dreamlike, fluid quality means that any attempt at brief critical summary cannot avoid ridiculous reductionism.

‘Let me call it a tale’, says the narrator early on, becoming a spider-like Scheherazade who spins a narrative web in ever expanding circles, so that what seems at first to be a wild improvisation emerges finally as a carefully controlled radiating structure. The complexity may be off-putting for those who like their translated novels to be realist, linear, ‘beginning-middle-and-end’ stories, with a dash of historical context thrown in to illuminate the foreign setting. Nostalgia is certainly not one of those.

It may be a novel or it may be a collection of five loosely interlinked novellas. It seems pointless to argue about formal taxonomy, when the text repeatedly doubles up on itself, subverting any assertion the moment it is made, claiming the intrusion of a mocking, doppelgänger hand, and resisting interpretation. This refusal to be pinned down may seem like a safe way to speak the truth to totalitarian power, but Nostalgia is both too bleak and too decadent to appease a censor.

The novel – let’s call it one – opens and closes with relatively straightforward parables of human obsession, though nothing is ever simple in Cărtărescu’s universe. The prologue, ‘The Roulette Player’, examines the nature of chance in the context of a game of Russian roulette played with ever-diminishing odds. In the last stage, the player has six bullets in the cylinder. I won’t spoil the story by saying that fate finds a way to intervene.

The epilogue, ‘The Architect’, set on one of Bucharest’s soulless housing estates, depicts a professional man who acquires a precious Dacia and then develops a surreal fetish. He endlessly polishes and tunes the car’s horn, delighting in its sound while his own monstrous body grows fatter and fatter until it becomes fatally stuck inside the vehicle. As a cautionary tale of phallic obsession ‘The Architect’ would have pleased Freud, but it somehow also manages to offer a critique of consumerism, in the least consumerist of places, and not so much avant as en dehors la lettre. Love for a Dacia is not so different from the love for an Aston Martin, after all.

Between ‘The Roulette Player’ and ‘The Architect’, Cărtărescu offers three richly interconnected stories, each one as long as a novella, through which Nostalgia earns its status as a literary classic. These three narratives – focusing on childhood and its cruelties (‘Mentardy’); on youth and sexual awakening (‘The Twins’); and on emergence into adulthood and knowledge (‘REM’) – add up to a unique Bildungsroman.

Different textual layers keep opening inside each of the three novellas, like Chinese boxes. ‘Mentardy’ echoes Dostoevsky and Kafka. In its poetic depictions of nascent sexuality, ‘The Twins’ nods to the European canon of gender-fluid literature, from Ovid’s Metamorphoses to Virginia Woolf’s Orlando. ‘REM’ is in many ways the most dreamlike: one moment we are reminded of Andrei Tarkovsky’s ‘Zone’, the next of the strange imaginings of Latin American authors such as Jorge Luis Borges, Ernesto Sabato or Julio Cortázar, or even The Encyclopaedia of the Dead by the Serbian author Danilo Kiš, a fellow recent ‘Penguin Modern European Classic’. Yet – like J.M. Coetzee much later in his Jesus trilogy – Cărtărescu always remains idiosyncratic and his own man.

‘Literature is teratology’, the narrator of ‘The Roulette Player’ declares on the opening page. I had to look the word up: teratology is the study of causes of abnormal developments in organisms. In mythology, the term refers to fantastic creatures and monsters. There are plenty of those throughout Nostalgia. So many of its central characters are Ceaușescu’s children: strange, dysmorphic products of an apocalyptic twilight zone. They move in the vast subterranean spaces below central Bucharest, or reside in watchtowers on the edge of town. Their mental development is arrested, yet they are also wise beyond their years, sad-eyed child-messiahs. They grow enormously tall because of pituitary disorders, but they never grow up.

Nostalgia is a paradoxical title. Superficially, the term hints at the world of lost childhood innocence, except that so many of its children are already damaged by the monstrous world around them. For readers too young to recall the moment when the doors of Romanian orphanages opened in the winter of 1990, the extent of their damage may read like a dark fantasy. Those of us old enough to remember the willowy shadows of abandoned children rocking in the rows of freezing cots will instinctively recognise the poisoned soil that nurtured this book’s imaginary.

So Nostalgia is, it turns out, both a story of monsters and an incisive study of the abnormalities they bequeath to the innocents. It remembers a world for which no one should be homesick.

Vesna Goldsworthy is a Serbian-British novelist, academic and Fellow of the Royal Society of Literature. Her new novel, Iron Curtain, will be published early in 2022 by Random House (UK), WW Norton (US), in Serbian by Geopoetika and in Romanian by Humanitas.