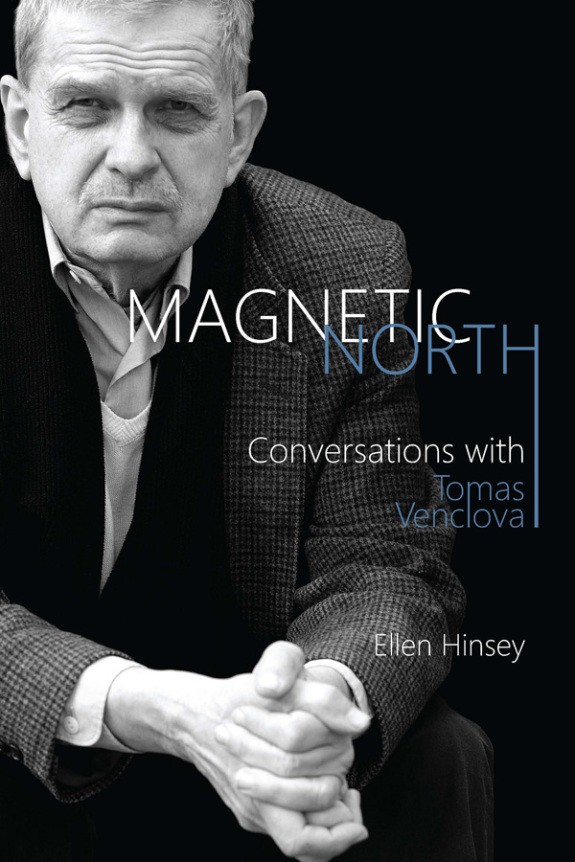 The title Magnetic North is taken from a poem Tomas Venclova, a towering figure in Lithuanian and world literature, wrote in 1975 shortly before sending an open letter to the Central Committee of the Lithuanian Communist Party protesting the system and asking for permission to emigrate. In the poem he writes: ‘I attract misfortune / like the north does a magnet, and, like a magnet a magnet, / misfortune pulls me in.’ (Lines translated by the reviewer.)

The son of the poet and journalist Antanas Venclova, a faithful servant of the occupying Soviet authorities and for a period chairman of the Lithuanian Writers’ Union, Tomas grew up in a privileged position. Seeing the injustices around him, however, and troubled by his conscience, he became a founding member of the Lithuanian Helsinki Committee. Now a dissident, suffering all the restrictions this status entailed and seeing no other option, he left his homeland at the age of thirty-eight, the most important decision and the most fateful step he had ever taken. At that point he had lived almost exactly half his life in the Soviet Union. Fortunately, he is still with us, and his misfortune could be said to be our good fortune – especially for those of us who read Lithuanian – as we now have the body of work he has produced over the four decades he has lived in the West, including the book under review here, which has already been translated into a number of languages, including Lithuanian.

Magnetic North is a wide-ranging discussion Venclova had with the writer, poet and translator Ellen Hinsey, encompassing descriptions of events in his life from his earliest days and his interactions with people such as Boris Pasternak and Joseph Brodsky, and later Czesław Miłosz, into which are woven history, politics and, above all, literature.

My thanks go to Ellen Hinsey, the spiritus movens of this book, since it was she, already an admirer of Venclova’s poetry (in translation), who, having found out about Venclova’s residency in Switzerland (not far from where Czesław Miłosz wrote his Native Earth), managed in 2003 to meet him. As she has said in an interview, Tomas revealed to her some episodes from his life and it became clear, even before she undertook to edit and co-translate a book of his poems (The Junction: Selected Poems of Tomas Venclova, Bloodaxe Books, 2008), that his reminiscences had to be written down, and that doing so was important both for Lithuania and world literature. I can only agree and what we have in Magnetic North is the result of an extraordinary life fully lived.

Published by University of Rochester Press (2017)