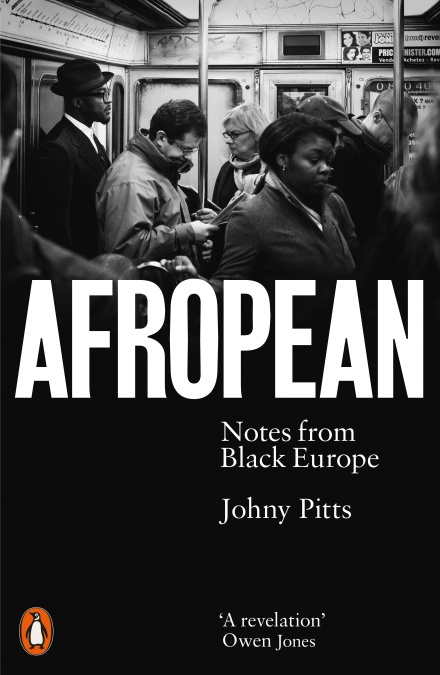 Johny Pitts’ splendid reportage manages to be both engaging and disturbing. He makes contact with black Europeans in several major cities and in Afropean recounts their experiences, often in their own words. A flavour of the author: ‘Labels are invariably problematic … but at their best they can sing something into visibility.’ Given that the word ‘European’ is still commonly used as a synonym for ‘white’, invisibility is a common theme. Throughout the countries Pitts visits, black people working at night – cleaning, making deliveries or guarding buildings – are in the daytime nowhere to be seen. Whether born in a country or on their ‘migratory path across cultures, generations and geography’, when people’s backgrounds and experiences do come to light they are naturally and invariably highly complicated.

In Paris Pitts himself is asked the loaded ‘where are you from?’ question by a man with dreadlocks. It is followed by: where are you really from? THE Question Afua Hirsch has called it – when directed, as it usually is, from white to black – betraying stupidity, ignorance, racism. For once Pitts goes along with the questioner. Born in Sheffield, his father African American, Pitts answers that a DNA test came up with ‘modern-day Togo, Sierra Leone, Gambia, Cote d’Ivoire, Ghana and Senegal’. And this list is just a starting point for him, and almost everyone he meets. For Pitts’ real interest is not in the cold data, he wants the human side. And from Paris to Brussels, Amsterdam, Berlin, Stockholm, Moscow and Lisbon, he hears one account after another of entangled, diverse backgrounds and experiences. Everywhere except, possibly, multicultural Marseille, he hears of black people’s everyday obstacles and complications unknown to white Europeans: fraught questions of how to find any real sense of belonging, how to create or maintain a workable, clear identity, an authentic lifestyle.

One of the many sadnesses of Brexit is how the idea of Britain being apart from Europe has been reinforced. Afropean reflects this. The Sheffield where Johny Pitts grew up is part of the book but as a preface; it doesn’t join the list of European cities. Yet his own experience too is from the outset prey to complications. At his first stop, Paris, it becomes immediately evident that a black American is inevitably going to find their experiences and feelings there very different from those who have grown up in a Parisian banlieue.

While role models are sought mainly in music or, to a lesser extent, fashion or art, some literary heroes and mentors are found too. In France Pitts has his attention drawn to Alexander Dumas, Frantz Fanon, and among US-born celebrities, James Baldwin; in Russia to Pushkin, who was proud of his African heritage. But in the present day few if any of these figures can easily be identified with: next to none provide blueprints for achieving solidarity, and collective identities are not about to be formed around them.

‘So much of black Europe had been written out of it,’ Pitts says. In this warm, sympathetic and very readable book we can begin to think how it might be written back in.

John Saul made the contribution from England to Dalkey Archive’s Best European Fiction 2018 and had work in Best British Short Stories 2016. His short fiction has appeared in several anthologies. He has a website at www.johnsaul.co.uk