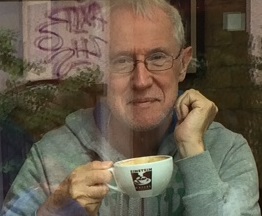 One of five Dag Solstad novels now translated into English (at the latest count there are 33 books by this splendid Norwegian author) this is unmistakeably his creation. What happens in T Singer? Singer becomes a librarian and a stepfather. So much for the plot. But there is, as those familiar with Solstad’s Novel 11, Book 18 or Shyness and Dignity would expect, far more to this fine book. Singer may be just a librarian, but he works in the library’s ‘metaphorical basement’; and he learns a dextrous party trick, a way to ‘air’ the books. As a stepfather, the trials he endures are wrestled with, at great length. Says Singer: ‘It’s certainly not easy being me.’

Characteristically, Solstad gets hold of an idea and worries it like a dog with a bone – for the afternoon, and into the next day, for as long as it takes. Singer and Solstad (they both narrate) delve deeply and at length into matters such as hammer-throwing, betting, where best to sit at a party or in a restaurant, gossiping, children’s walks to school, celebrating birthdays (or not) and being in a TV audience; and there are nigh-endless, withering deliberations on a tentative first sentence to a novel (not T Singer) that will clearly never leave the ground.

For the memoirs or biography of this author, I would suggest the title Obsessions and Absurdities. The wry humour that arrives immediately in Novel 11, Book 18 – when someone throws a banana skin into the road, to see what might happen – is again in evidence in T Singer: as when, for example, a boss musing on his retirement concludes it would make sense that a philosopher, rather than a business person, be appointed his successor.

T Singer affirms the pleasure to be found in reading slowly, as Solstad’s / Singer’s untiring pursuit of their obsessions inevitably spark reactions in the reader, who then pauses to ponder. The book opens with a bygone embarrassment Singer can’t shake off. While this section sits a little awkwardly with the rest of the book, it still grips. Who can’t forget entirely their embarrassment at some unfortunate incident or remark? The other sections – the other ‘bones’ – are even more absorbing. If there are issues of public safety involved in hammer-throwing, who can’t help thinking about these, and picturing some terrible accident? And what sensitive stepfather wouldn’t worry, like Singer, whether his stepdaughter’s packed lunch for school has the right number of sandwiches, with spreads that will hopefully pass peer-group approval?

Although Solstad has said he is concerned with what to keep or not in his writing, in T Singer the ideas seem to appear freely, even loosely. These ideas possess, in the perceptive words of one critic[1], an ‘inner jubilation’. Unsurprisingly, a conventional structure is no more present than with Chekhov or Carson McCullers. This is literature: readers do best to abandon themselves to the author’s ways and trajectories. If they are receptive, the author’s pleasure and enjoyment will spill easily into their minds.

This relaxed feeling – ‘he has air’, Peter Handke has said – is equally evident when Solstad the narrator wanders into postmodern territory. Noting that he might be expected to provide the name for a character, he agrees ‘there is much to be said for such a viewpoint, and it can now be revealed that the name of the lawyer’s wife is Marete Holtan’. About another personage he notes, ‘The fact you’re a strong, courageous and exciting woman with a sense of humour does not, unfortunately, make you a character in a novel.’ Having questioned the legitimacy of having certain characters in his book, he goes as far as to wonder if Singer really should be at its centre.

In the author’s confident hands, such teasing comments read smoothly and naturally. In Solstad we have a gorgeous playfulness so often absent in the Anglo-Saxon arena. Little wonder Peter Handke and Lydia Davis – tellingly, two authors whose own creations reward the reader for savouring and reading slowly, rather than succumbing to page-turning – have declared themselves enamoured with the books of Dag Solstad. I’d like to join them.

Translated from the Norwegian by Tiina Nunnally