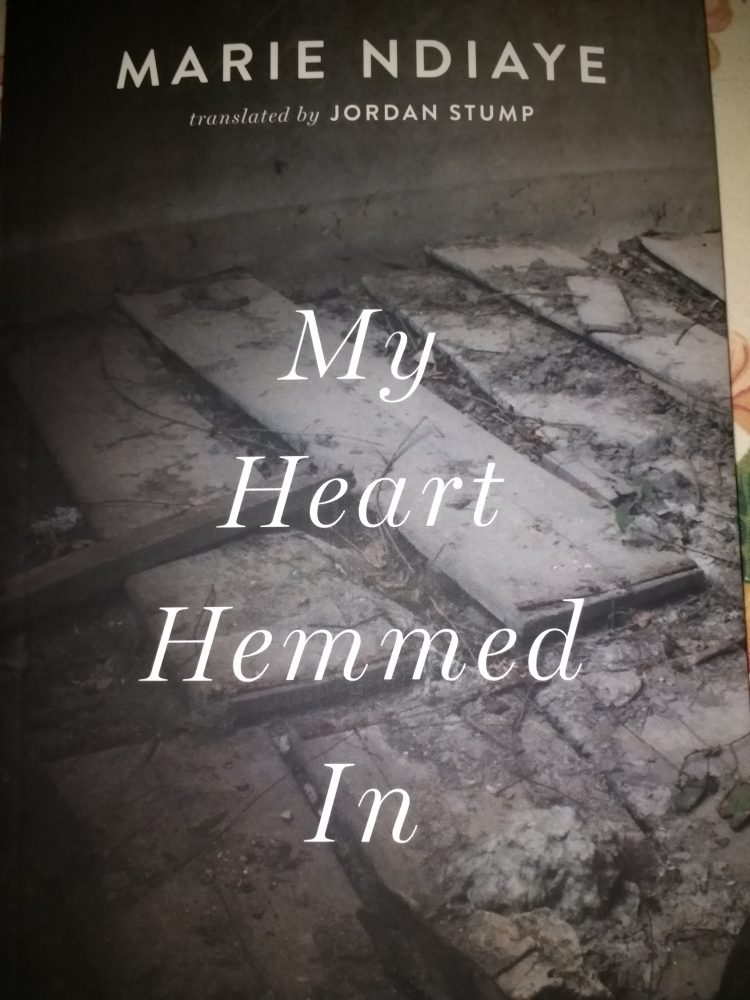 As My Heart Hemmed In opens, Nadine and Ange realise that they are despised in their community. They are both schoolteachers in the local school but no explanation is offered as to what they might have done to deserve such loathing. Instead Nadine and Ange are somehow convinced that they must carry on living their lives as best as they can, while feeling deeply ashamed of themselves – for unknown reasons.

Within the ensuing chapters, Ange is attacked and a piece of his side is carved out. Nadine is warned by their neighbour Noget not to go back to work. But when she choses to ignore his advice, she finds pieces of flesh pinned to the lining of her coat.

Nadine now learns Noget is a famous writer, but she seems to be the only one who knows nothing about him. Noget cares for Ange, but Nadine is convinced he has sinister motives and that he is holding the couple hostage through his cooking. In fact food seems to be a major theme in this book, as later on Nadine observes and reflects on her son’s partner’s cooking and eating habits.

This odd narrative does not offer the reader many explanations, and at first this aroused in me a feeling of frustration. But as the chapters unfold, Marie Ndiaye manages to create such an atmosphere of fearfulness and uncertainty – almost bordering on paranoia – that it started having an effect. And while I did not particularly sympathise with Nadine, I definitely had the sense that she is not meant to be sympathised with.

Nadine’s fight for survival hints that she both does not want to know the real reasons why she is so abhorred and on some deeper level already understands the hatred. This journey towards awareness about her current situation and her self, is reflected by her visits to her ex-husband and her son, whom we learn she has left behind. She also eventually meets with her parents, finally returning to the roots which she has fought so hard to escape.

The extensive use of metaphor and the many half-hidden hints about Nadine’s past only serve to increase the confusion in this complicated tale. But I believe the author intends that the reader should work hard to make sense of the story, simply because denying one’s ancestry and trying to become someone else, then having to return to one’s roots in order to be able to live on is bound to be a trial.

MY HEART HEMMED IN

Translated from the French by Jordan Stump