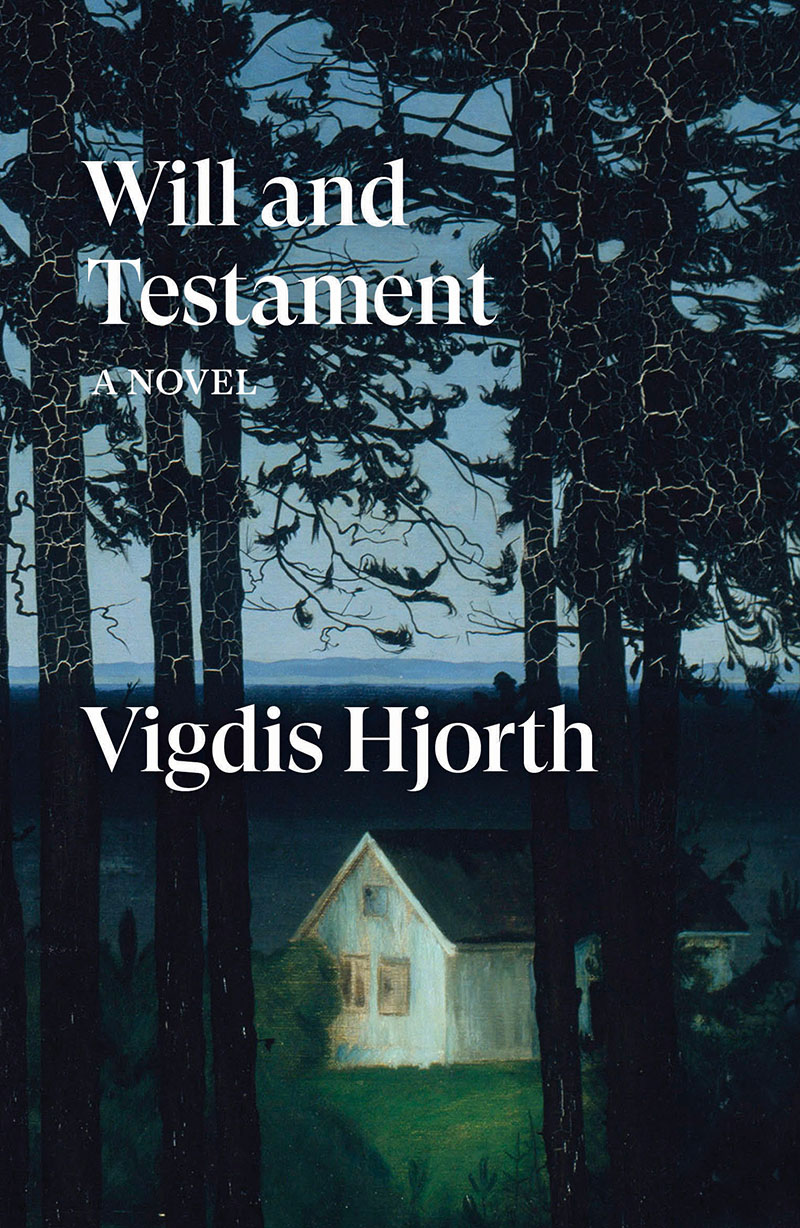 #RivetingReviews: Amanda Hopkinson reviews WILL AND TESTAMENT by Vigdis Hjorth

A tale of four holiday cabins, three generations and two pairs of opposing siblings is at the core of this fictionalised autobiography by one of the best-known contemporary Norwegian novelists. At stake is a family inheritance, unequally divided by the parents’ will, which favours two younger children (whose names, Astrid and Åsa, put them on the A-list) to the detriment of the elder son and daughter (B-listed Bård and Berljot). Everything turns on the memories each pair has of childhood holidays at the cabins and their desire to pass that legacy on to their own descendants.

What caused public furore and pushed the book to the top of the bestseller list is not simply that Hjorth is a popular author, surprisingly often compared to the heavyweight Karl Ove Knausgård for the manner in which a memoir becomes the substance of nominal fiction; it is that a topic as dull as a legacy quarrel concerns – as Bård and Bergljot repeatedly point out – an investment in the truth, in whose version should prevail and be handed on as part of that legacy. Has the fact that Bergljot accuses her father of abusing her up to the age of seven cost her her rightful (or at least an equal) inheritance? Or are Åsa and Astrid favoured merely for being ‘good’ daughters, having sided with their parents’ sanitised ‘official version’ of events, which dismisses memories of early childhood trauma?

That ‘official version’ is in reality offered by the author’s sister Helga (‘Astrid’), a prominent lawyer, who has rewritten Will and Testament as Free Will. It too became a bestseller. Vigdis Hjorth’s remains a study in all-pervasive trauma, related through a mind that cannot – must not – let go. The reader follows the repetitive circularity of a mind obsessed. Its lengthy digressions and reprises alternate with brief interpolations from Jung and Žižek, or fellow novelist Alf Prøysen, whose character in A Blackbird in the Chandelier ‘has a scar on her temple. She will often touch her scar, caressing it. Am I caressing my scar?’

The quest for vindication, to place guilt where it belongs – with a father who abused his eldest daughter, a mother in denial who defends him, and sisters who seek to preserve their own happier memories of childhood – is the focus of this memoir of repetitious alcohol-fuelled ruminations. ‘Dad was the root cause of my misery, but the misery spread everywhere and it wasn’t in my power to relieve it’. He is the black dog who follows her, the bracelet of ‘black mourning beads’ she breaks and cannot reassemble.

The pain of others – the toothache that demands constant touching, which only exacerbates it – too easily elicits more sympathy than empathy. Nor can one truly enter another’s psycho-analysis or interpret their dreams, here writ large. It can become taxing for a reader to penetrate the querulous tone and lengthy circumlocutions, however true they are to the mental state of the first-person narrator. The case may be won but the novel may still fail to convince.

Amanda Hopkinson is a literary translator, and professor of literary translation at City, University of London. She translates from Spanish, Portuguese and French, mainly specialising in fiction, poetry and human rights/testimonial writing from Latin America. At City, she has introduced MA courses in Professional Orientation (in literary translation), and co-founded the annual Translate at City Summer School.