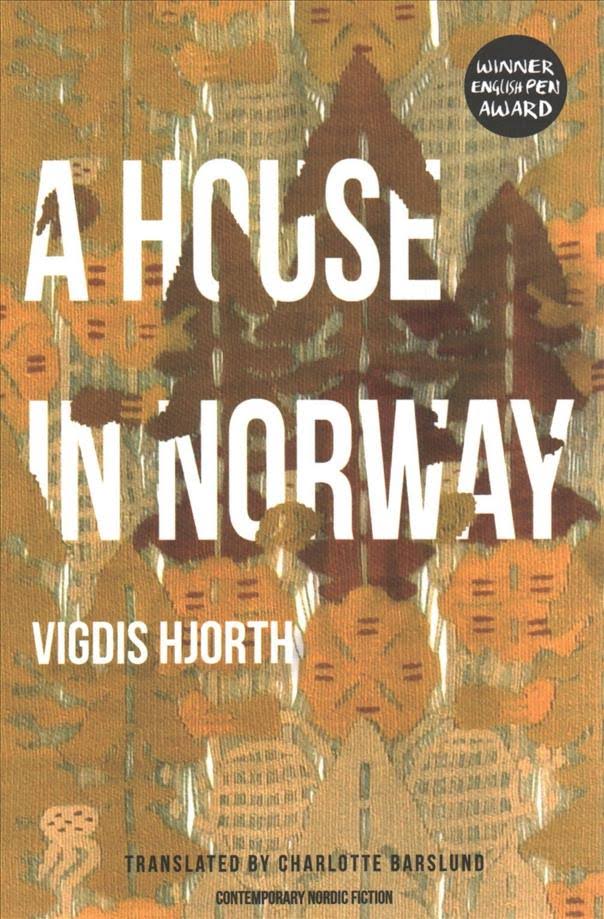 A woman lives alone in rural Norway, enjoying bosky nature’s idyllic manifestations: dark nights (when she walks and skis); watery days (swimming in fjords and lakes); locally grown or wild foods (excepting the red wine that accompanies her loneliness). Yet she also enjoys this loneliness, for it allows her to keep strange hours, devote herself to tapestry-making and to closely observing her nearest neighbours.

These neighbours are a Polish couple with a young daughter, Izabel, to whom the woman rents an apartment adjoining her villa. Few others come within her orbit. Even when her grown-up children visit with friends on holiday, the woman absents herself; and her boyfriend is only an occasional presence.

Alan and Mira’s marriage is, in contrast, intense and intermittently violent. The woman becomes increasingly drawn in, alternately as an observer – absorbing every coming and going – and as a manipulator, pulling strings with housing and social services departments to sort their rent and their relationship and, finally, to have them evicted.

But her primary involvement is through her art, which alters according to what it finds. Having made trade-union banners and celebratory wall hangings, she becomes obsessed with creating a tapestry to mark the centenary of women’s suffrage and the egalitarian intentions of the Norwegian Constitution. Integral to her research is the tragic tale of Johanna, who is married off young to a hellfire vicar, by whom she bears, not the son he demanded, but a daughter. Misery and repression causes Johanna gradually to lose her mind, her daughter and her life. As she reads this tale from a century before, the woman shouts aloud, “how can you tell who is mad in a mad world?”

The woman recognises that she identifies with Johanna and with her beloved sewing machine more than with modern-day Mira, who only paints her nails and is truculent even with Izabel. Yet Johanna and Mira may not be so different, and neither perhaps is the woman. If a constitution means anything, it is to defend each person’s right to self-determination and the fulfilment of their potential. But somehow it is easier to sew this onto a tapestry than put it into practice.

In its examination of the place of art and the individual in society, this novel, too, aims high. The woman’s name is Alma, and in seeking to live a true life, her work and her best efforts are dedicated to helping others. She is herself a microcosm of a global benefactor (Norway?), spreading the benefits of liberalism to reach those less fortunate. To quote the William Blake of the epigram:

“Pity would be no more,

If we did not make somebody Poor;

And Mercy no more could be

If all were as happy as we;”

– or to quote Johanna’s final comment, left in her portfolio of drawings:

“My life is so unlived. I made no difference to anyone.”

Alma is forced to realise that a life well lived needs to make an impact: “She tried to be an advocate for the ordinary and see the big picture in the little things, but it was hard going.” Ultimately, perhaps what Alma needs is less grandeur and more humility. Just as the last twist in the novel is there to remind her.

A HOUSE IN NORWAY