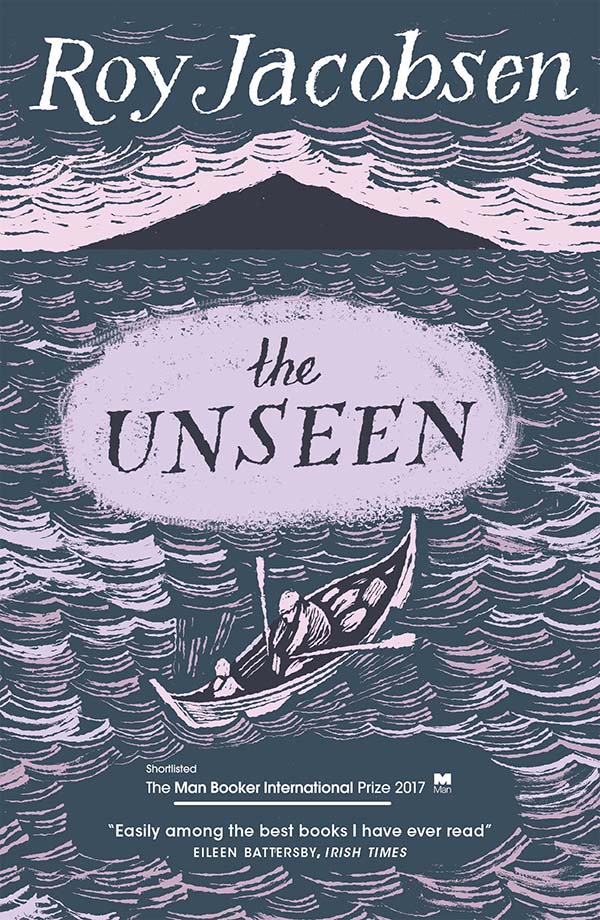 The first instalment of Roy Jacobsen’s Helgeland trilogy, The Unseen follows a family scraping a rough living on a Norwegian island just south of the Arctic Circle. The family has lived on the island and shared its name – Barrøy – “since time began”.

When we first meet Ingrid she is three years old and can already gut a fish. By the time she becomes mistress of Barrøy a dozen years later, we’ve seen her learn to tie a clove hitch and card eiderdown, to cut peat and haggle. Like everyone else here, she has a knack for work and for solving problems. And there are plenty of problems: the weather and the seasons play outsized roles in the book’s brief, episodic chapters, as the islanders struggle to improve their lot and, often, simply to survive.

Though war and depression eventually impinge on the islanders’ lives in dramatic fashion, it happens indirectly. The absence of twentieth-century technology reinforces the timeless quality of the prose. The story actually begins in 1913, though that doesn’t become clear until the next volume, still to appear in English.

Jacobsen’s lyrical voice has been gorgeously translated into English by Don Bartlett and Don Shaw. Frequent comma splices accentuate the Scandinavian flavour of the prose, while conveying a certain urgency and intensity. The translators have done a particularly noteworthy job with the dialogue; they’ve cast it in an invented dialect that draws on Norse and Lancastrian elements, so that it feels both ancient and familiar. “‘Tha laughs at ev’rythin’ nu,’” Ingrid’s father tells her at one point.

Indeed, there is much humour and affection here, though the prevailing feeling is loneliness, which Jacobsen has called “the most Norwegian feeling of all”. He is particularly interested in how the island defines character and outlook. “Nobody can leave an island”, he writes, and the book is a demonstration of this thesis. Similarly, Ingrid’s mother is “the philosopher on the island, the one with the oblique way of looking at things, since she comes from a different island”.

In the end, The Unseen feels like one of those bottled messages that occasionally washes up on the shore of Barrøy, described as “mythical vehicles of yearning, hope and unfulfilled lives”. What do you do with such a find, once the letter is read? You could do worse than what the Barrøys do, with their fierce practicality and wonder:

“… they put the letters in a chest reserved for objects which can neither be possessed nor discarded, and boil the bottles and fill them with redcurrant juice, or else simply place them on the windowsill in the barn as a kind of proof of their own emptiness, leaving the sunbeams to shine through them and turn green before refracting downwards and settling in the dry straw littering the floor.”

Misha Hoekstra has translated a variety of Danish fiction, including Dorthe Nors’s Mirror, Shoulder, Signal, which along with The Unseen was shortlisted for the 2017 Man Booker International Prize. Misha has just been awarded The Danish Translation Award, the annual award given by  The Danish Arts Foundation’s Committee for  Literature.