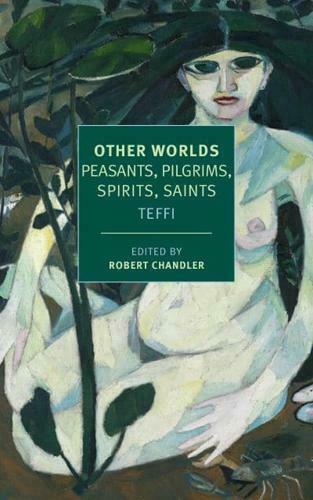 Katherine Gregor: First of all, I have to ask: what first drew you to translation? And why Russian?

Robert Chandler: My involvement with translation came about gradually. The first story I translated on my own initiative (as opposed to translations at school and university) was one of Andrey Platonov’s versions of traditional folk tales. It moved me, and I wanted a few of my friends to be able to read it.

Why Russian? – No particular reason at the beginning. I was fifteen years old. I was very good at Latin and Greek but did not want to continue with them. A teacher suggested I do Russian. The Russian teacher (an emigré) was an outstanding teacher and a kind man. He was also a breath of fresh air in the stifling world of a traditional English boarding school. I got deeply involved almost immediately.

KG: How do you choose the authors you translate? What is the decisive factor?

RC: No general principle. But I do need to feel I can live and breathe in the world of the author concerned. While translating the stories for my Penguin Classics anthology of Russian short stories, I translated five stories by one of the greatest Russian satirists, Mikhail Zochchenko. He is not well known in the West, mainly because he is so hard to translate. Working on these stories, I came to admire Zochchenko more than ever. The stories are brilliantly funny and every word – every syllable – is perfectly judged. But Zochchenko’s world is a closed, deeply hopeless world. I realised it was not a world I could live in for long. I was glad to have translated these few stories, but I did not want to translate any more. Such matters are, of course, deeply personal. Some people find Platonov depressing. For me, though, there is a freshness and openness in his perceptions that makes him always invigorating. And the same goes for Teffi.

One more thing. When it came to checking the proofs of that Penguin Classics anthology, I found I was still happy with all the choices I had made – I still liked all the stories. But there were only two stories that I was still marvelling at, that were still sometimes making me laugh and where I felt I was still discovering new subtleties. These were Pushkin’s ‘Queen of Spades’ and Platonov’s ‘The Return’. That, for me, is the real test of any work of art: Can I still keep returning to it with joy? I’m glad to say that the stories in Other Worlds still all pass this test!

KG: Do you find that you somehow relate to the writers you translate?

RC: Very much so! And Teffi is an unusually engaging writer. I have been struck by how passionately many readers relate to her. This is how Nick Lezard began his Guardian review of Subtly Worded, our first collection of her stories and memoirs: ‘Pushkin Press has done it again: made me fall in love with a writer I’d never heard of.’ And this is how Erica Wagner ended her New Statesman review of Memories: ’Teffi is a courageous companion for anyone’s life.’ And Ian Mond, in a recent review in Locus (a magazine devoted to science fiction and fantasy), writes, ’Now that I’ve finished Other Worlds, I feel this almost evangelical need to spread my love of Teffi to anyone within shouting distance.’

KG: How did you discover Teffi?

RC: Shamefully late in the day. During the years I was compiling the Penguin Classics anthology, I asked almost every Russian I met to name their favourite short stories. A number of very different people – from teenagers to eminent academics – mentioned stories by Teffi. Before that, I had not even heard of her. But I continued to underestimate her for some time. Her apparent simplicity can be deceptive.

KG: You’ve translated many works by Teffi. How does it feel to spend months at a time in Teffi’s head?

RC: A joy. Though it is more like having her present beside me …

KG: In what ways do you think Teffi’s works are important/relevant to twenty-first-century readers?

RC: I think that is for the readers to decide … Though I was certainly struck by the many similarities between Teffi’s account, in Memories, of her time in war-torn Ukraine in 1918-19 and the chaos and suffering Ukraine was undergoing a century later, as we were translating Memories. Itis certainly one of the most vivid refugee memoirs of all time. And perhaps Teffi’s work serves as a useful reminder, in our fragmented culture, that it is possible to write subtly, gracefully and with apparent simplicity in a way that appeals to a wide audience.

KG: Your translations are very much collaborations with other readers and translators. Could you possibly explain how you all work together?

RC: I can’t generalise. Every collaboration is different. At one end of the spectrum, it is me wanting to encourage a promising student. At the other end, it is me learning from a professor like the Russian-American Olga Meerson, who has a depth of understanding of Platonov’s linguistic subtleties and of his philosophical and theological allusions that is way beyond me. Our work on The Penguin Book of Russian Poetry has led to a long-term collaboration between me, my two Russian-American co-editors and one other important Russian-American contributor. We are no longer working together on a single project, but we constantly consult one another about any number of matters. And then there is my wife, Elizabeth, who does not know Russian but who has a superb ear for English idioms and rhythms and a visual imagination far more vivid than mine. This often enables her to notice where I have inadvertently introduced some inconsistency or blurred what, in the original, was a clear picture.

KG: Would you like to tell me about any future translation projects, either of Teffi or other writers?

RC: I certainly want to return to Teffi one day. But before that, I need to spend a year revising our translation of Platonov’s one long novel, Chevengur. It is now about forty years since I first attempted a few extracts from it! And then I want to write a short biography of another of the great writers my wife and I have translated: Vasily Grossman.

Other Worlds: Peasants, Pilgrims, Spirits, Saints is already published by the New York Review of Books. The Pushkin Press edition is to appear on 26 August.

You can read Katherine’s review of Other Worlds here.