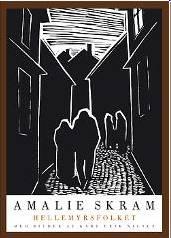 Amalie Skram was a female naturalist writer living from 1846 to 1905; she is one of the most important inspirations for my own writing. She wrote with a huge sympathy for her characters, and her point of view was radical for a female author at the time in which she wrote. Three of her novels are translated into English (Constance Ring, Lucie and Betrayed), but not her main work, the tetralogy, Hellemyrsfolket. In my opinion this is one of the most important and best prose works ever written in Norwegian. Had it been written in English, French or German, Amalie Skram would be an important name in the history of nineteenth-century world fiction.