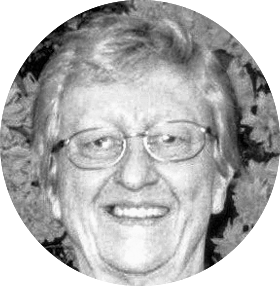 from THE SKELETON AND THE ANATOMY BOOK by Hans Herbjørnsrud, introduced and translated by Lucy Moffat

The Skeleton and the Anatomy Book centres on a lost poem by Norway’s celebrated nineteenth-century poet, Henrik Wergeland: a dark prophetic vision that “gazes across the millennia”, predicting horrors to come.

Appalled by his creation, Wergeland hides the poem, which is later found, then lost again and forgotten until the late 1970s, when the narrator, a teacher, discovers its existence by chance and becomes obsessed with tracking it down.

The narrative switches back and forth across the generations separating the 1835 fratricide that inspired the poem and the point in 2006 where the narrator – now a successful author – confronts a dark mystery in his past, aided by his twin brother. Along the way, minds and lives are lost as the fateful poem takes a toll on all who come into contact with it.

In this novella, Herbjørnrud’s capacity for exuberant and vivid expression is on full display. It teems with startling new coinages, rich poetic imagery and metaphors so powerful they serve as the engine of the narrative. This passage, which describes the search for the murdered man, showcases the stylistic verve that leads many  Norwegian critics to view Herbjørnsrud as a modern master of the short form.

For three days on end, the local farming folk combed the bushes and thickets, wedging their way into a bear’s abandoned winter den, wading through the brook on the mountain dairy farm and dragging iron hooks fastened to long lines through pools and tarns; but it was as if the earth had opened up and swallowed the missing man. Their dredging tugged up nothing but water-lily roots, slick as eels. They hallooed and listened. The echo mocked their cries. When they stopped to rest, all they could hear was the deafening stillness of the dairy pastures.

When they came back to the dairy farm at twilight, the white cowbell chimes glittered in the air around them like whitefish darting in a river’s current. And then the evening poured across the uplands and muddied the day. The sky above the dairy shed filled with twinkling shards of glass. Out in the meadows, the darkness gasped for breath beneath the juniper and the crooked birch. Only after they had stepped into the cramped summer farmhouse did they gradually become calm. The paraffin lamps shone. The men ate and drank. The plump timber of the beams closed its fingers about them, so that they sat shoulder to shoulder as if hidden within the hollow of two clasped palms. The flame shuddered on its wick. They spoke little. And then sleep blew them all out.

At the end of the third day, all the search party had found was a grimacing skull, a backbone, a silver belt-buckle, a fine brooch and several bone fragments besides, all belonging to the daughter of a well-to-do farmer who, as the whole village knew, had been lured away from home one Saturday night long, long ago and enticed into the mountain realm by the troll in Gråberg Peak. It looked to the search party as if the troll had swallowed the girl up, skin and hair and all, then hawked up the bones and spat them out again, it was said. What they took at first to be an indigestible skein of her waist-long brown hair proved, on closer inspection, to be owl pellets.

On the sixth day after the brothers had gone up along the boundary, the carcass of the murder victim floated up to the surface of the water out in the middle of a tarn. It lay there and swelled up to a vast size in the baking sun beneath a blue-black thundercloud of raucous, cawing ravens. The dairymaid who discovered the dead body thought at first it was an ox-calf puffed up with bloat.

Four men carried the waterlogged carcass back to the village on a litter in the late-August evening. And it was said that the corpse glowed and cast a greenish sheen around it like the will-o’-the-wisp that hovers over a hoard of silver buried in the marshes, or the phosphorus gleam that flickers around spoiled fish in the darkness of the cellar. He lit himself home in the black night, it was said.

Hans Herbjørnsrud was born in Telemark in 1938. In 1976, he abandoned a teaching career to take over the family farm in Heddal, and made his writing debut three years later with Witnesses, which won him the Tarjei Vesaas prize for first-time authors. His subsequent work – with its rich, inventive language, forays into metafiction and explorations of human villainy – has earned him a central place as one of Norway’s most critically acclaimed writers of short fiction. Herbjørnsrud was nominated for the European Aresteion Prize in 1999, won the Aschehoug Prize and Dobloug Prize in 2005, and has twice been nominated for the Nordic Council Literature Prize.

Lucy Moffatt is a literary and commercial translator working from Norwegian and Spanish. Recent work includes Tatiana Huezo Sánchez’s award-winning documentary, Tempest, 1909 Norwegian crime classic The Iron Chariot by Stein Riverton, and Nowherelands: An Atlas of Vanished Countries by Bjørn Berge. In 2014 she won a John Dryden prize for her translation of a longer excerpt of this Herbjørnsrud text.