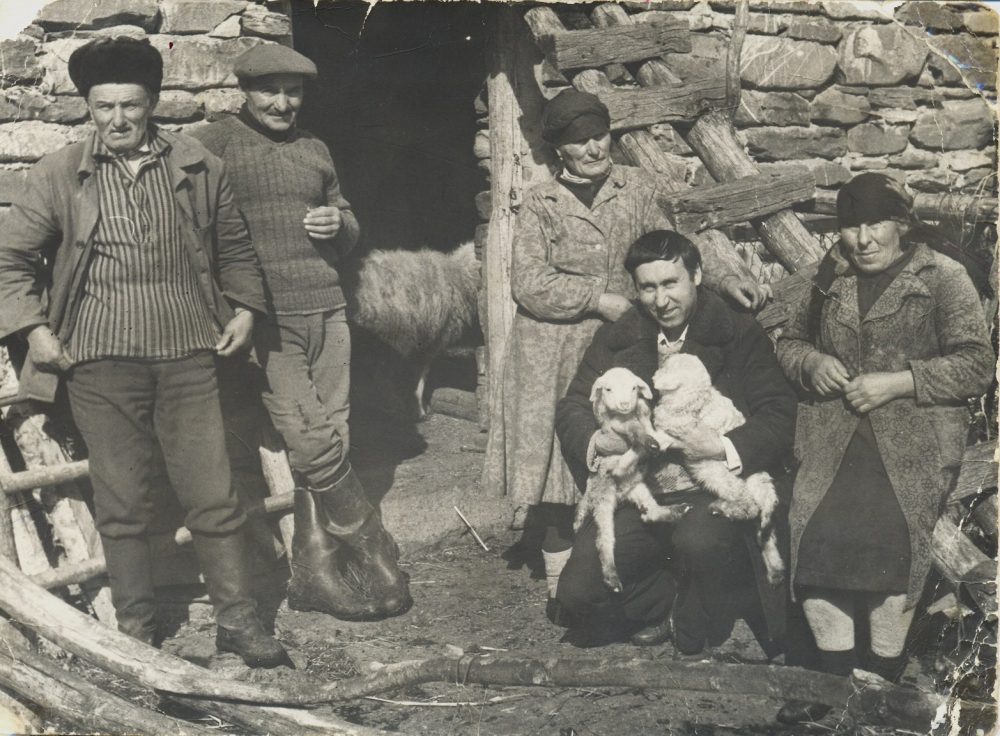 “If you don’t have time, don’t start reading.”

I am writing about a godforsaken gorge: Gudamaqari Gorge. I had long wanted to write a novel about the people of Gudamaqari, but never got around to it. Although I am twenty-five and it’s only been three years since I started writing, it seems to me as if it has been three centuries rather than three years, and I am tormented by the fact that I have not been able to write anything decent about Gudamaqari.

Up until now, I had thought that Gudamaqari Gorge was a big book with innumerable short stories in it. No, no, something really is not right with me. I no longer see people the same way I did three years ago. Now every person seems to me to be a story and I try to find a title for each one.

“The soul has no beginning and no end” – so reads the opening line of “Fish Letters”, a moving, at times disturbing work by Goderdzi Chokheli that sheds light on the author as a religious seeker caught between Buddhism and Christianity, while plumbing the depths of the human psyche and human misery. A routine situation in a collectivized Soviet village – a confrontation between a farm foreman and the protagonist Gamikhardai (whose name, incidentally, is derived from a verb-form meaning ‘I am glad’) – leads the latter to break radically with society. Cast into utter despondency, he departs the village to waste away in a pool near the Aragvi river. In heart-rending scenes, his wife and children tearfully implore him to rejoin the community, and the author writes him letters trying to persuade him that humanity is not altogether bad. Despite their superficially contemptuous attitude toward his decision, the villagers clearly feel challenged by Gamikhardai’s utter renunciation of his fellow men and ultimately exclude him from the village community. Not long after he is officially banished, a large quantity of driftwood, valued as firewood, washes up onto the shores of the Aragvi; the ensuing scrum among the desperately greedy villagers casts humanity in a poor light and leaves us wondering whether Gamikhardai may have been right after all. Set in rural Georgia and steeped in the language of the mountains, “Fish Letters” is a daring and experimental work of literature: not only does it raise bold questions about the human condition and the society it depicts, but the exchange of letters between the narrator and Gamikhardai in the middle section of the novel, over the course of which the latter assumes the persona of a fish, is an unconventional take on the epistolary genre.

A shorter but no less compelling story with a rather different literary form, “Cipollino” shows the same fascination with outcasts and misfits that one finds in “Fish Letters”. The protagonist – named, incidentally, after the eponymous hero of Gianni Rodari’s allegorical Marxist children’s tale, which was popular in the Soviet Union as both a book and an animated film – feels more at home in nature than amidst the strictures of traditional village life, spending the nights stargazing atop a tree at the village edge. When he oversteps the bounds of folk religion by breaking down the door of a shrine to rescue a trapped cow, the villagers punish him by cutting down his treetop perch. Like many of Goderdzi’s stories, “Cipollino” is suffused with the spirit of the mountains and peppered with colourful, ingenious nicknames and characteronyms, bound to make a lasting impression on the reader; moreover, the story contains a deep philosophical message about how society all too often treats those who do not quite fit in or who dare to question established norms.

While I enjoyed reading and translating the entire book and found many parts of it, including the opening scene, to be beautiful, the ending was by far the most moving for me. By the time we reach this point in the story, the narration of the Chokhi villagers’ ‘campaign’ has settled into a more or less predictable pattern: a village is taken over, the people are forced into submission by the blasphemous ritual of swearing on an icon, grandiose plans for the building of a common house are announced (a none-too-subtle parody on the vain promises of Communism!), the worry collector collects his worries, the philosophical inquiry is conducted, perhaps a background story is told. Without downplaying the importance of philosophical moments in this narrative, the core of this routine is ultimately one of violence, indeed, senseless violence in the truest sense of the word, whose victims, due to the seasonal absence of Gudamaqari’s ‘menfolk’, are mostly older people and women. Whether the violence is real or enacted is of little import here. Moreover, at the beginning of the chapter, we have witnessed perhaps the apogee of this train of violent episodes: the gory sacrifice of a baby goat, described unsparingly by the narrator, and the trauma inflicted on the young boy who is forced to participate in it. In other words, the twofold destruction of innocence. That the goat is white, a colour associated in the Bible (among other ancient texts) with purity, seems significant in this regard. This is followed by an orgiastic celebration of the Chokhians’ ‘victory’ at which the oppressively hierarchical strictures of traditional village society are clearly on display. Yet into this scene comes Death, not as our culture conditions us to envision him – as a skeletal reaper in tattered black garments – but as a strong, handsome young man ‘dressed in a light raiment with the colour of a spring butterfly’. He is vegetarian, abstinent, philosophical, and sympathetic to the plight of man. At first, the villagers welcome his arrival and all seems to be well, but it does not take long for innocence to be destroyed yet again, as the semi-pagan priest Jghunai deceptively and unceremoniously kills Death (or does he?). Jghunai is so hardhearted that he seems indifferent to the suffering caused by his actions and cravenly flees to the shrine that is a symbol of his authority, while it is the innocents, the small children, and the man of God, the monk who had challenged Jghunai earlier at the banquet table, who cling to Death and weeps over him in his last moments. For me, this scene is so powerful because it is a deep allegory on the way death enters into our lives. Most of us go about our everyday routines on a kind of autopilot, oblivious to the deeper meaning of our actions and the harm that we only too often inflict senselessly on others. When Death enters our life – for example, through the suffering and loss of a loved one – we perhaps come to our senses for a moment, but thereafter revert all too easily to our former ways. Chokheli’s story, through its poignant evocation of the sweet melancholy that pervades the human condition, reminds us to live deliberately and consciously and never to give up the search for the deeper meaning of our existence.